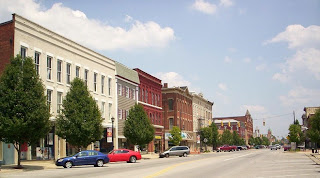 17–year–old girl went missing from the Norwalk home of her grandparents. Sometime after the girl's disappearance, police began to suspect that her 20–year–old boyfriend, . . . Robert Young, was harboring her or knew where she was. [Young] denied such knowledge, but police remained suspicious.

without [Young’s] consent or review by a judge or magistrate, police obtained [his] cell phone records from his carrier, Verizon Wireless, by submitting a single page Emergency Request Form.

Police also obtained the 17–year–old girl's cell phone records with the consent of her mother. The records acquired contained, not only the numbers that had been called, but also the content of the text messages that had been exchanged.

The 17 year old was eventually found living in an apartment rented by [Young]. She had not been held against her will. The girl was returned to her parents.

investigating officer testified that the records had been obtained without a warrant and that, at the time the records were requested, although police has strong suspicions, he did not believe police had probable cause to obtain a warrant.

Moreover, the officer testified, at the time he did not believe a warrant was needed where an Emergency Request Form was used. A subpoena for the records issued only after [Young] was charged.

Young had some success with his motion to suppress.  The trial judge sustained his

motion, in part. The court concluded that [Young] had a reasonable expectation of privacy in the content of his text messages even though those messages were maintained in records held by a third party, his cell phone provider.

As a result, the police had no right to obtain these records absent [Young’s] consent, a warrant issued on probable cause or a recognized exception to a warrant requirement. Since no warrant had been obtained, the court suppressed the text messages that had been produced by [Young’s] cell provider.

(If you’re not familiar with the use of "emergency letters" and how the 4th Amendment works, and does not work, in the context of records – cell phone records, utility records, etc. – held by third parties, you might want to check out this blog post, which surveys the state of the law in this area.  You can also read more about it in the article you can find here.)

The judge also, however, denied Young’s motion to suppress, in part:

The court refused . . . to suppress messages [Young] had sent to the 17 year-old's cell phone that had been acquired with the consent of her mother from the girl's cell phone provider. These, the court ruled, could be used in evidence.

The Court of Appeals began its analysis of Young’s argument that the “seizure” of the messages he sent to the girl was an “unreasonable” seizure that violated the 4th Amendment:

The 4th Amendment and the OhioConstitution, Article I, Section 14, guarantee that individuals be free from unreasonable searches and seizures. Evidence obtained in violation of this guarantee must be excluded from introduction in any criminal trial. . . . Searches conducted without a probable cause based warrant are per se unreasonable, subject to only a few specifically established and well-defined exceptions.

As I’ve noted in earlier posts, the same principle applies to searches and seizures, i.e., either is “unreasonable” and violates the 4th Amendment if it is not conducted pursuant to a warrant or an exception to the warrant requirement. As noted above, the opinion says Young was arguing that the police’s obtaining the messages was a 4th Amendment “seizure,” but the rest of the opinion focuses on his argument that the police’s obtaining them violated his 4th Amendment right to privacy.  State v. Young, supra.

As I’ve explained in earlier posts, a “search” violates a “reasonable expectation of privacy” under the Supreme Court’s decision in Katz v. U.S., 389 U.S. 347 (1967).  And as I’ve also noted, to have a reasonable, Katz expectation of privacy in a place or thing, I must personally believe that place or thing is “private” and society must accept my belief as objectively reasonable

So if someone is walking around an airport terminal talking loudly on a cell phone and planning a crime, he/she may personally believe the conversation is private (however unrealistic that may seem) but a court would find that that belief, it if existed, was objectively unreasonable, which means it wouldn’t be a search for a police officer to listen to the conversation and use it as probable cause to obtain a search/arrest warrant.

That brings us back to the Court of Appeals and Mr. Young.  The court next explained that

There are limits on who may assert the right to suppress evidence obtained in violation of the Fourth Amendment. `[S]uppression of the product of a 4th Amendment violation can be successfully urged only by those whose rights were violated by the search itself[.]' Alderman v. U.S.,394 U.S. 165 (1969). `Fourth Amendment rights are personal in nature and may not be vicariously asserted by others.’ State v. Dennis, 79 Ohio St.3d 421, 683 N.E.2d 1096 (1997).

`A person who is aggrieved by an illegal search and seizure only through the introduction of damaging evidence secured by a search of a third person's premises or property has not had any of his Fourth Amendment rights infringed.’ Rakas v. Illinois, 439 U.S. 128 (1978).

For a person to have been aggrieved by an unlawful search or seizure, he or she ‘“‘must have been a victim of a search or seizure, one against whom the search was directed, as distinguished from one who claims prejudice only through the use of evidence gathered as a consequence of a search or seizure directed at someone else.’“’ Alderman v. United States, supra (quoting Jones v. U.S., 362 U.S. 257 (1960)). `We adhere to these cases and to the general rule that Fourth Amendment rights are personal rights which, like some other constitutional rights, may not be vicariously asserted.’ Id. at 174.

State v. Young, supra.  In other words, I can’t successfully move to suppress evidence that was obtained in violation (only) of your 4th Amendment rights.

The Court of Appeals then addressed the significance of this issue in the context of the Young prosecution.  It began by noting that Young

raises many interesting, and perhaps novel, questions about the nature of the privacy expectations of text messages stored by third parties. Nonetheless, the trial court suppressed the evidence that was obtained from [Young]'s cell phone provider.

The issue is whether the records obtained from [his 17–year–old girlfriend's cell phone provider, with the consent of her mother, should be excluded.

State v. Young, supra.  I wish I could tell you what those questions are, but I don’t have access to the appellate briefs in this case and the opinion doesn’t provide any more information on what they were.

The Court of Appeals went on to note that the

parties engage in considerable argument as to whom the girlfriend's cell phone belonged, whether a minor can contract and whether a minor's mother can consent in circumstances like these. None of these issues is dispositive, because [Young] was not the aggrieved party.

Suppression might be an issue if the information obtained from the girlfriend's cell phone provider were to be offered against the girlfriend. In such an instance, she could raise the issue. But [Young] has put forth nothing that would establish that he had any reasonable privacy expectation in his girlfriend's phone records.

The Court of Appeals held that since Young’s 4th Amendment rights were not violated by the police’s obtaining messages from his girlfriend’s cell phone provider, the trial judge did not err in denying his motion to suppress that evidence.  State v. Young, supra.  It therefore affirmed the judgment, and sentence, of the lower court. State v. Young, supra.

(The photo, in case you’re wondering, is of Norwalk, Ohio, which is where this case arose.)
Posted by Susan Brenner at 8:19 AM