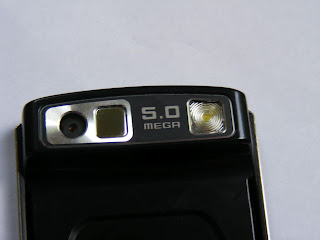 receive written permission from a . . . magistrate, to lawfully search and seize evidence while investigating criminal activity. A court grants permission by issuing a writ known as a warrant. A search or seizure is generally unreasonable and unconstitutional, if conducted without a valid warrant. . . .

The case began on Wednesday, January 6, 2010, when one of Burgard’s friends

approached Sergeant Louis Wilson of the Smithton, Illinois, Police Department. The friend told Wilson he had seen sexual images of young girls (possibly aged 14 or younger) on Burgard's cell phone, and that Burgard, 21 years old at the time, had bragged about having sex with them. This friend agreed to serve as a confidential informant and text Wilson later that night if he was with Burgard and Burgard had the phone.

The informant followed through with the plan: that night, he texted Wilson that he and Burgard were driving together in the informant's car. Wilson then stopped the informant's car and seized Burgard's phone. Burgard voluntarily went to the police station where Wilson entered the phone into evidence and gave Burgard a property receipt.

As the Wikipedia passage quoted above notes, warrants are required to seize property as well as to search it.  In this case, the prosecution and defense agreed that Sergeant Wilson needed a warrant to search Burgard’s cell phone, but the Court of Appeals found he did not need a warrant to seize it:

In general, `seizures of personal property are “unreasonable within the meaning of the Fourth Amendment . . . unless . . . accomplished pursuant to a judicial warrant.”’ Illinois v.McArthur, 531 U.S. 326 (2001) (quoting U.S. v. Place, 462U.S. 696 (1983)). An officer may temporarily seize property without a warrant, however, if she has `probable cause to believe that a container holds contraband or evidence of a crime’ and `the exigencies of the circumstances demand it or some other recognized exception to the warrant requirement is present.’  U.S. v. Place, supra.

The Court of Appeals also pointed out, however, that

Even a permissible warrantless seizure, such as the initial seizure here, must comply with the Fourth Amendment's reasonableness requirement. Thus, the Supreme Court has held that after seizing an item, police must obtain a search warrant within a reasonable period of time. See, e.g., Segura v. U.S., 468 U.S. 796 (1984). . .

did not immediately apply for a state search warrant. Instead, he wrote a report about the seizure and forwarded it to Detective Mark Krug in nearby Collinsville, because Krug was assigned to work part-time with the FBI's Cyber Crimes Task Force. Wilson and Krug worked different shifts, however, and so Krug did not receive Wilson's report until the next day.

After Krug read the report, he tried to contact Wilson to learn more details, but again the shift differences got in the way and the two were unable to speak until later that night. The next day, Friday, January 8, Krug contacted the United States Attorney's Office to inform it that he planned to draft a federal search warrant for the phone. An Assistant United States Attorney (AUSA) told him to proceed with drafting the affidavit.

Some time that same day, an armed robbery occurred in Collinsville. Because the armed robbery was more pressing, Krug put the cell phone warrant aside and worked on the armed robbery investigation. . . . Krug may have continued to work on the robbery on Saturday, or he may have taken that day off. But by Sunday, he was able to return to Burgard's case and draft the affidavit.

On Monday morning, January 11, he sent his draft to the AUSA and the two went back and forth making edits. The next day, the AUSA finally presented a completed warrant application to the federal magistrate judge, who signed the warrant that day. Krug promptly searched the phone pursuant to the warrant and found numerous sexually explicit images of young girls.

Burgard was charged with and pled guilty to two counts of receiving child pornography in violation of 18 U.S. Code § 2252(a)(2) and was sentenced to “210 months’ imprisonment and 15 years of supervised release.”  U.S. v. Burgard, supra.  (According to Burgard’s brief on appeal, the charges were based on law enforcement interviews with two young girls, each of whom said she sent “naked images of herself to Burgard.”  Brief of Appellee, U.S. v. Burgard, 2011 WL 2604030.)

On appeal, he claimed the district court judge erred in denying his motion to suppress the photographs found on his phone because “the police tarried too long before obtaining the warrant.”   U.S. v. Burgard, supra.  In other words, he argued that because the officers did not obtain the warrant in a “reasonable” period of time, the search violated the 4th Amendment, which meant the evidence should be suppressed.  U.S. v. Burgard, supra.

In analyzing the parties’ arguments on this issue, the Court of Appeals noted, first, that

[t]here is unfortunately no bright line past which a delay becomes unreasonable. Instead, the Supreme Court has dictated that courts must assess the reasonableness of a seizure by weighing `the nature and quality of the intrusion on the individual's 4th Amendment interests against the importance of the governmental interests alleged to justify the intrusion.’ U.S. v. Place, supra.

The court found that on the individual’s “side of this balance,” the critical question

The Court of Appeals explained that on “the state’s side” of this equation,

a key factor in our analysis is the strength of the state's basis for the seizure. The state has a stronger interest in seizures made on the basis of probable cause than in those resting only on reasonable suspicion. All else being equal, the Fourth Amendment will tolerate greater delays after probable-cause seizures.

U.S. v. Burgard, supra.  It also noted that in balancing these “competing interests”, courts must also

`take into account whether the police diligently pursue[d] their investigation.’ U.S. v. Place, supra.  When police act with diligence, courts can have greater confidence that the police interest is legitimate and that the intrusion is no greater than reasonably necessary. Illinois v. McArthur, supra. When police neglect to seek a warrant without any good explanation for that delay, it appears that the state is indifferent to searching the item and the intrusion on an individual's possessory interest is less likely to be justifiable.

The Court of Appeals found, after applying these standards, that it could not “say that the six-day delay here was so long that the seizure was unreasonable.”  U.S. v. Burgard, supra.   It “acknowledge[d]} that Burgard “had a strong interest in possessing his cell phone” since, among other things, he did not abandon it or “relinquish it to a third party” and “asserted his possessory interests over the phone by” going to the police station and obtaining “a property receipt, which would help him obtain the phone's return.” U.S. v. Burgard, supra.

It strikes us as implausible that an officer with over 14 years of experience, like Krug, could not write a two-page affidavit in fewer than six days, especially when the affidavit drew largely on information that was contained in the initial report he received from Wilson.

The government argues that the delay was attributable to Krug's lack of familiarity with federal cell-phone warrants, but that explanation is not persuasive given the fact that the bulk of the warrant appears to be boilerplate. And although it is true that the detective's attention was diverted by a more serious robbery case, this did not take place until Friday, after three days had already passed.

But the Court of Appeals also found that

police imperfection is not enough to warrant reversal. . . .  Krug may theoretically have been able to work more quickly, but his delay was not the result of complete abdication of his work or failure to `see any urgency’ as in [U.S. v. Mitchell, 565 F.3d 1347 (U.S. Court of Appeals for the 11th Circuit 2009)].

He wanted to be sure he had all the information he needed from the seizing officer and he wanted to consult with the AUSA, all the while attending to his other law enforcement duties. We do not want to discourage this sort of careful, attentive police work, even if it appears to us that it could or should have moved more quickly.

so unreasonable as to violate the Constitution. Burgard argues that this outcome could `give authorities license to retain seized property for long periods of time merely because they chose not to devote a reasonable amount of resources and sufficient experienced personnel’ to the task of obtaining warrants.

Given the fact-specific nature of these inquiries, we think these fears are overblown. It remains possible that a police department's failure to staff its offices adequately or to give officers sufficient resources to process warrant applications could lead to unreasonable delays. But this case does not present that sort of egregious abdication of duties.

The Court of Appeals therefore affirmed “the district court's denial of Burgard's suppression motion and thus the judgment of the court.”  U.S. v. Burgard, supra.