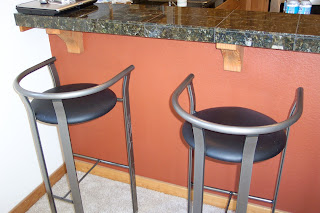 After pleading guilty to theft in violation of Indiana Code § 35-43-4-2(a), Jonathan R. Stephens “was sentenced to three years with one year suspended to probation for a total of two years executed.”  Stephens v. State, 2012 WL 927035 (Indiana Court of Appeals 2012).
Indiana Code § 35-43-4-2(a) states that
[a] person who knowingly or intentionally exerts unauthorized control over property of another person, with intent to deprive the other person of any part of its value or use, commits theft, a Class D felony.
After he was sentenced, Stephens appealed, arguing that the “sentence was inappropriate in light of the nature of the offense and the character of the offender.”  Stephens v. State, supra.  As to the nature of the offense, the crime began when
[i]n the early morning hours of February 25, 2011, Stephens was in Blooey's bar in Wabash, Indiana. At approximately two in the morning, Stephens noticed a laptop computer sitting by the bar, and he `placed it underneath [his] jacket and walked out.’ . . .

The laptop belonged to the owner of Blooey's. After discovering that his computer was missing, the owner reviewed the surveillance tapes, which showed a man, later identified as Stephens, twice use the ATM in the bar and then take the laptop.
Stephens v. State, supra.
Police were able to
trace the account [Stephens] accessed to Britney L. Dickerhoff. . . . After learning that Ms. Dickerhoff was incarcerated, police visited her at Wabash County Jail. . . .

During a first meeting, Ms. Dickerhoff told the police that she was married to [Stephens] and he had access to her ATM card and PIN number for her bank account. . . . At their second visit, the police discussed the laptop theft with Ms. Dickerhoff. . . . In response, Ms. Dickerhoff stated that the man in the surveillance footage was not her husband, and someone must have stolen the ATM card. . . .
Brief of Appellee, Stephens v. State, 2011 WL 7099461.
The police then
accessed phone calls made between [Stephens]and Ms. Dickerhoff while she was incarcerated. . . . On February 27, 2011, two days after stealing the laptop, [Stephens] discussed how he was `super relaxed’ because he `smoked earlier’. . . . Later in the call, when Ms. Dickerhoff discussed her employment opportunities upon her release from jail, [Stephens] suggested she should `[s]tart swinging dope’. . . .

The next day, Ms. Dickerhoff warned [him]: `the cops are looking for you.’ . . . According to the police officer reviewing the tapes, [Stephens] also told his wife that though the couple could not afford a computer, `he figured something out’. . . . He then told his wife about how he cleared the memory of the laptop. . . .
Brief of Appellee, Stephens v. State, supra.
The prosecution’s brief on appeal explains what happened next:
Due to [Stephens’] theft, the victim was left without access to his laptop from February to, at least, July of 2011. . . . [Stephens] had erased the memory on the computer and changed its operating system. . . .

The victim used the laptop to run his business, and due to the theft, he must manually create two years of business records and inventories, restore the original operating system, and reinstall all of his software. . . .

Though the victim properly backed up his information on an external hard drive, the backup is unusable because [Stephens] reformatted the laptop with a new operating system. . . .
Brief of Appellee, Stephens v. State, 2011 WL 7099461.
The Court of Appeals began its analysis of Stephens’ appeal by noting that it has
`authority to revise a sentence “if, after due consideration of the trial court's decision, the Court finds that the sentence is inappropriate in light of the nature of the offense and the character of the offender.”’ Spitler v. State, 908 N.E.2d 694 (Indiana Court of Appeals 2009) (quoting Indiana Appellate Rule 7(B)). . . .

We understand and recognize the unique perspective a trial court brings to its sentencing decisions. . . . .The defendant bears the burden of persuading this court that his sentence is inappropriate.
Stephens v. State, supra.
Stephens argued, first, that the sentence was inappropriate because
when reviewing the nature of the offense, the facts of this case illustrates that this particular theft was not particularly heinous and therefore should not be classified as the worst offense. Stephens was a patron in the bar. The laptop computer was sitting in the bar area and he took it. . . .

Thus, it is clear that this is definitely not the most heinous of theft offenses. As Stephens is not the worst offender and this was not the most heinous of theft offenses, the maximum sentence of three (3) years with one year suspended was inappropriate in this matter and should be revised.
Brief of Appellant, Stephens v. State,  2011 WL 6749943.
The Court of Appeals disagreed:
The nature of the offense is that Stephens stole a laptop computer belonging to the owner of Blooey's bar. Because of this theft, the victim was without the laptop, which he used in order to run his business, for approximately five months.

After he stole the computer, Stephens erased the laptop's memory and reformatted the computer with a new operating system. In doing this, he rendered the victim's backup hard drive unusable upon its return.

The victim estimated that it would take 120 hours of labor to restore the computer, including manually creating two years' worth of business records and inventories, restoring the original operating system, and reinstalling software. Stephens's actions after stealing the laptop created a significant burden for the victim.
Stephens v. State, supra.
Stephens also argued that the sentence was inappropriate given his character:
Stephens was employed at the time of the offense until his incarceration in this matter . . . In addition, Stephens indicated that he supports his stepchildren and his wife is pregnant with their first child. . . . Stephens acknowledges that he has a lengthy criminal history . . . .

His criminal history, though, is primarily comprised of alcohol and/or drug related offenses. . . . He was convicted in 2003 at the age of nineteen (19) years of a burglary.

The Presentence Investigation Report (PSI) reflects, though, that at the time of his arrest for the burglary, he was also arrested for illegal possession of alcohol. Thus, alcohol may have played a role in that matter as well. . . . This case is Stephens' first conviction for theft and it was committed from a bar. . . . Presumably, Stephens was consuming alcoholic beverages while he was sitting at the bar prior to the theft of the laptop computer.

Thus, while Stephens does have a criminal history, his criminal contacts have generally centered around drugs and alcohol. In the taped conversation between Stephens and his wife, they jointly agreed to stop consuming drugs. . . . Stephens is clearly a man in need of assistance for his substance abuse. However, this does not make Stephens the worst offender.
Brief of Appellant, Stephens v. State, supra.
The Court of Appeals did not buy Stephens’ argument as to why his character militated for a lower sentence:
As to Stephens's character, the evidence showed that, since the age of fifteen, he has almost continuously engaged in criminal acts. As a juvenile, Stephens was adjudicated delinquent for committing theft.

He was charged with four felonies and twelve misdemeanors, which resulted in two felony convictions and six misdemeanor convictions. Further, Stephens's criminal history shows that, when placed on probation as a juvenile, he twice violated the terms of such probation, and as an adult, he violated his probation four times.

Posted by Susan Brenner at 9:22 AM

I don't have a problem with the sentence in this case. The guy seems like he is always getting in trouble.

The problem that I have is with this statement:

"After he stole the computer, Stephens erased the laptop's memory and reformatted the computer with a new operating system. In doing this, he rendered the victim's backup hard drive unusable upon its return."

This statement PROVES to me why n00bs have no business trying to litigate cases involving anything related to IT. This is specifically true for all the old people who come up with all these stupid IT / Computer Crime laws.

There is no way that the guy's back up would not work just because the OS was changed. As long as it was a Windows OS with a Windows OS back up, it would work. And if the guy changed it to a Mac OS, or vice versa, it is still no big deal to fix.

Reinstalling ones Operating System takes less then a hour. So if you get your computer back and the OS won't work with your back up, then you can just reinstall the OS.

120 hours to restore the computer?? What a load of crap! 120 hrs equals three solid weeks of effort at 40 hrs per week.

You actually make it seem so easy along with
your presentation but I in finding this topic to be actually
one thing that I think I might never understand.
It kind of feels too complicated and very wide for
me. I am looking forward on your subsequent post, I'll attempt to get the dangle of it!
My web site ; leasing computer