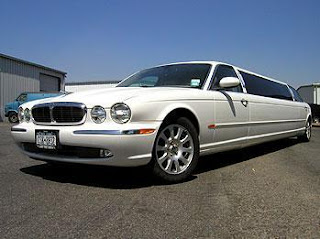 It has what lawyers call a “complicated procedural posture”, but I’ll do my best to boil it down, because it really isn’t that complicated.

This is how it began:

1. For a period of approximately six months in 2004, [Joseph] Busenhart and Debtors [Dan and Kathy Repass] were involved in a joint venture engaged in the mobile advertising business. The business was dissolved in March 2005.

2. During the operation of the mobile advertising business venture, Mr. Busenhart shared with Mr. Repass information on marketing strategies, equipment costs and price points that he used for his limousine business and offered to sell a portion of Thoroughbred Limousine to Mr. Repass. Mr. Repass declined.

3. Approximately a month later, however, Debtors became involved in the limousine service in Jessamine County, apparently in competition with Busenhart.

4. Between June 2005 and September 2009, Mr. Busenhart and Debtors, engaged in numerous sophomoric internet postings about the other's personal and business lives. They further antagonized each other by adopting dba's or assumed names that arguably infringed upon each other's business names and/or purchased internet domain names that might be desirable by the other.

In the State Court Action, Busenhart “made the same allegations against the Debtors, Celebrity, Boss and Duct Dusters” that he would make in the bankruptcy matter we’ll get to. In re Repass, supra.

Busenhart alleged in the State Court Action and alleges in this . . . proceeding, that the Debtors are responsible for publishing a statement on the internet that `Joseph Busenhart, the owner of Thoroughbred Limousine, and Classic Limousine, is a DRUG DEALER, . . .’ Busenhart does not recite the entire quote in th[is] . . . proceeding, but it is quoted in full in the State Court Opinion attached as Exhibit A to the Motion for Summary Judgment:

`X CONVICT: Joseph Busenhart, the owner of Thoroughbred Limousine, is a DRUG DEALER,CONVICTED FELON who served a year in prison in the State of New York for Criminal Sale of a Controlled Substance 3rd Degree. After serving a year in prison, he was released on Parole following incarceration. This particular crime is a class B Felony in The State of New York. This information can be verified by visiting the following link of the New York State Department of Corrections web-site and typing in the name: Joseph Busenhart.’

When the Repasses filed for bankruptcy on May 19, 2010, the State Court Action was stayed (put on hold) `as against the Debtors’ (i.e., the Repasses) but was “allowed to proceed against the Repass Entities and Duct Dusters.” In re Repass, supra. Since the Repass Entities and Duct Dusters did not respond to a motion for summary judgment that Busenhart filed in the State Court Action, the state court judge granted summary judgment for Busenhart. In re Repass, supra. The meant, as I’ve noted before, that the judge decided Busenhart was entitled to judgment without the case having to go to trial.

Busenhart contends that the . . . publications sent out by Celebrity Limousine, Inc., and Boss Limousine, LLC regarding his status as a drug dealer constitutes defamation and that the words are libelous per se. To render words `libelous per se,’ the words must be of such character that a presumption of law will arise there from that the plaintiff has been degraded in the estimation of his friends or of the public or has suffered some other loss either in his property, character, reputation, or business or in his domestic or social relations. Black's Law Dictionary, Revised Fourth Edition. The evidence does not support such a finding. There was no evidence of harm to Busenhart's reputation, no evidence of humiliation or embarrassment nor any evidence of mental anguish. . . .

Busenhart posted unsavory comments and statements about Mr. Repass as well as incendiary comments about the Repass' daughter. The profanity and vulgarity used in Busenhart's commentary about Repass and his daughter shocks the conscious [sic] and should not be rewarded.

As to the “drug dealer” posting, the judge explained that

but for the word `is’ instead of `was’ a drug dealer, the language in the posts are substantially accurate with [a] link to a website to verify the information listed in the posting. . . . [T]he only falsehood is the use of the present tense. . . . The rest of the post is entirely true. Busenhart is an ex-convict. He is a convicted felon. . . .

Busenhart did not introduce any evidence that the conviction had been expunged or that he had received a full pardon with restoration of rights. . . .

Busenhart has failed to prove that he was harmed at all by the actions of the Repasses. Thus, he is not entitled to any . . . damages.

Instead of, as lawyers say, litigating that issue “on the merits,” the Repasses and their attorney employed a useful procedural tactic to block Busenhart’s attempt to recover damages in the bankruptcy proceeding. As the bankruptcy judge explains, the Repasses

As Wikipedia explains, under the principle of collateral estoppel, parties to litigation

may be estopped from litigating determinations on issues made in prior actions. The determination may be an issue of fact or an issue of law. Preclusion requires that the issue decided was actually and necessarily decided as part of a valid final judgment. Valid final judgments of state courts are given preclusive effect in other state and federal courts under the Full Faith and Credit Clause of the U.S. Constitution.

So the Repasses are saying to Busenhart, “you already lost once and can’t relitigate the issue again in this case.” Busenhart is point out something that was historically correct, i.e., that collateral estoppel only works when the same parties were litigating against each other in the original proceeding, the one in which the judgment was entered. In re Repass, supra. As I noted earlier, when the Repasses filed for bankruptcy, the State Court Action was stayed – put on hold – as to them, so the judgment in that case didn’t involve them, directly. In re Repass, supra.

As Wikipedia notes, collateral estoppel raises concerns about due process of law, because it wouldn’t be fair for me to sue John Doe, get a judgment and then use the principle of collateral estoppel to try to ALSO enforce that judgment against Fred Roe, who wasn’t involved in the Brenner-Doe lawsuit. Roe would be held liable without ever being given a chance to defend himself. But as Wikipedia also notes, “most courts have now abandoned” that principle, known as “mutuality.”

In ruling on the collateral estoppel issue, the bankruptcy judge noted that “[i]f Busenhart is collaterally estopped from relitigating the issue of whether he incurred an injury due to the actions of the Repasses, then based on the State Court Opinion,” he cannot litigate that issue again in the bankruptcy proceeding. In re Repass, supra. If Busenhart was estopped, the judge would have grant the motion for summary judgment the Repasses had filed in the bankruptcy case and therefore dismiss Busenhart’s claim for damages. In re Repass, supra.

The issue of whether the principle of mutuality applied here was governed by Kentucky law. In re Repass, supra. The bankruptcy noted that the Kentucky Supreme Court had abandoned the principle of mutuality “`at least when the party to be bound is the same party in the prior action.’” In re Repass, supra (quoting Moore v. Commonwealth, 954 S.W,2d 317 (Kentucky Supreme Court 1997)).

(1) Busenhart alleges damages against the [Repasses] based on the exact same set of facts already litigated against the Repass Entities and the state court determined that Busenhart suffered no damages; (2) determination of damages was a necessary component of the State Court Action; (3) the State Court Opinion is a final judgment and states as much and Busenhart has not asserted that any appeal was filed; and (4) Busenhart, the party against whom estoppel is sought, had a full and fair opportunity to litigate the issue of damages in the State Court Action.

The premise of allowing the Repasses to invoke collateral estoppel to bar Busenhart from seeking damages in the bankruptcy proceeding is that this is fair because he did have a “full and fair opportunity” to litigate the damage issue in the prior case. What the Repasses are doing is invoking what’s called defensive non-mutual collateral estoppel, i.e., they’re using Busenhart’s loss in the prior case to block him from proceeding with this claim.

As Wikipedia explains, collateral estoppel is a strategy that can be used defensively or offensively. Here, the Repasses are using it defensively, because they’re using the prior judgment to block Busenhart’s claim.

When a party uses collateral estoppel offensively, it’s the reverse . . so say, for example, that Busenhart HAD shown that he was damaged by the posting attributed to the Repasses. In that instance, he could try to use it offensively in the bankruptcy suit, to establish that he had been damaged and therefore was entitled to recover the damages he sought. His difficulty in utilizing this offensive strategy would be that the Repasses didn’t have an opportunity to defend themselves in the first suit, because the action was stayed as to them once they filed for bankruptcy.