NCMEC, Hearsay and Probable Cause 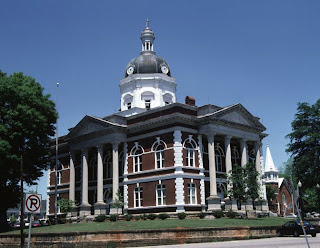 The officer also has to demonstrate that there is probable cause to believe the items he wants to search for and seize (i) are evidence of a crime and (ii) will be found in the place he wants to search. As Wikipedia notes, in Carroll v. U.S., 267 U.S. 137 (1925), the Supreme Court held that probable “merely requires that the facts available to the officer would `warrant a man of reasonable caution’ in the belief that specific items may be . . . evidence of a crime. It does not demand any showing that such a belief be correct or more likely true than false.”

This, according to the opinion, is what led to the issuance of the search warrant:

In May 2005, Yahoo! Inc. . . . discovered four images depicting young children engaged in sexually explicit conduct that had been uploaded to one of its online discussion boards. . . (a Yahoo! Group). After identifying the internet protocol (`IP’) address assigned to the computer from which the images were posted, Yahoo! utilized an internet database called `WHOIS’ to establish that Charter Communications was the [ISP] supplying online access to the originating computer, and further discovered that the subject computer was located in Athens, Georgia.

In accordance with [42 U.S. Code § 13032(b)(1)], the custodian of records at Yahoo! reported the images and its subsequent findings -- including the IP address for the originating computer -- to the National Center for Missing and Exploited Children (`NCMEC’) CyberTipline, a national clearinghouse for information about children believed to be missing or sexually exploited. As also required by [§ 13032)b)(1)], NCMEC placed Yahoo!'s report and supporting documentation, including copies of the offending images, onto a compact disc and forwarded it, unedited, to the Georgia Bureau of Investigations (`GBI’).

The case was assigned to a GBI special agent who, upon receiving . . . the information forwarded by NCMEC, concluded that the subject images contained what appeared to be child pornography. Thereafter, the agent obtained a court order directing Charter Communications to provide the subscriber information for the account associated with the IP address that Yahoo! provided. Charter Communications complied with this order, identifying Manzione as the account subscriber and supplying the GBI with Manzione's home address (as well as additional identifying information associated with the account).

In ruling on Manzione’s argument that the affidavit did not establish probable cause, the court noted that a search warrant issues only facts that show probable cause that

`a crime is being committed or has been committed . . . ‘ [In] determining whether probable cause exists, the [magistrate] is required `simply to make a practical, common-sense decision whether, given all the circumstances set forth in the affidavit before him, including the veracity and basis of knowledge of persons supplying hearsay information, there is a fair probability . . . evidence of a crime will be found in a particular place.’

On appeal, Manzione argued that the “agent's affidavit was premised upon inadmissible hearsay” and NCMEC “was an unreliable source, requiring the agent to independently identify and verify the credibility of the Yahoo! employee who discovered and reported the images prior to seeking a warrant.” Manzione v. State, supra. As to the latter claim, Manzione relied, at least in part, “on a disclaimer purportedly contained on one of the documents forwarded to the agent, which stated that `NCMEC neither investigates nor vouches for the accuracy of the information reported’ to it.” Manzione v. State, supra.

In the affidavit, the agent stated that on October 25, 2005, NCMEC notified the GBI that the Yahoo! records custodian reported discovering the images and NCMEC confirmed

`the existence’ of the child pornography; that Yahoo! Groups allows people with similar interests to communicate with each other and to post pictures for others to view; and Yahoo! monitors the postings for images that appear to be child pornography and . . . reports such activity to the NCMEC.

Finally, the affidavit [said] the agent obtained a court order requiring Charter Communications to produce the subscriber information for the account associated with the IP address on the date and time that the images were uploaded; that Charter Communications identified Manzione as the account subscriber and provided his home address and additional identifying information associated with the account; and that the agent confirmed Manzione's identity and address, and conducted drive-by surveillance of his residence.

At the hearing on Manzione’s motion to suppress, the agent admitted that while she

was provided the name and contact information of the Yahoo! employee who . . . reported the subject images, at no time did she communicate with that individual. The agent further admitted she was unaware of whether anyone at the GBI confirmed the information obtained through the WHOIS database.

Based on NCMEC’s disclaimer and §13032(b)(1), the court found that “NCMEC was nothing more than a pass-through entity between Yahoo! and the GBI”, which meant “the pertinent question is the degree to which the agent was authorized to rely on the information reported by Yahoo! and transmitted through NCMEC, unedited, to the GBI.” Manzione v. State, supra. It noted that (i) hearsay can be the basis for issuing a warrant if there is a “substantial basis for crediting the hearsay”, (ii) while the credibility of a person of unknown reliability must be corroborated, a “concerned citizen has a built-in credibility and is deemed to be reliable.” Manzione v. State, supra (quoting James v. State, 2011 WL 4923620 (Georgia Court of Appeals 2011) and Penny v. State, 248 Ga. App. 772, 547 S.E.2d 367 (Georgia Court of Appeals 2001)).

The James court held that “that when a corporate provider of web-based service” – e.g., Yahoo!– reports criminal activity pursuant to its § 13032(b)(1) obligation, the report is the “equivalent of one made from a law-abiding concerned citizen” and is deemed to be credible and reliable.” Manzione v. State, supra (quoting James v. State, supra). Based on that holding and the sources cited above, the court held that while the agent could have done more to investigate the information the GBI received, she could “presume the reliability of the Yahoo! report as transmitted through NCMEC without independently verifying the credibility of the Yahoo! employee who initially viewed the offensive images.” Manzione v. State, supra. And that, given all the circumstances, meant the magistrate had a “substantial basis” for finding there was probable cause to issue the warrant for Manzione’s home. Manzione v. State, supra.

Manzione also claimed the affidavit was misleading because “it created a false impression that NCMEC investigated and verified the allegations Yahoo! reported.” Manzione v. State, supra. He focused on the agent’s statement that NCMEC “`confirm[ed] the existence’” of the images posted on Yahoo! Groups and claimed the “agent misrepresented that NCMEC, as opposed to Yahoo!, conducted the WHOIS search.” Manzione v. State, supra.

The Court of Appeals began its analysis of this argument by explaining that (as I’ve noted in earlier posts) an affidavit submitted in support of a warrant is presumed valid absent evidence it contained deliberate falsehoods, was made with reckless disregard for the truth, or that omitted facts that would have shown probable cause did not exist. Manzione v. State, supra. It also pointed out, as I’ve noted in earlier posts, that if false information was included or material information was omitted, the court must determine if the affidavit was sufficient to establish probable cause if (i) the false information is not considered or (ii) the omitted information is considered. Manzione v. State, supra.

The court the found that the affidavit in this case, while “inartfully worded”, was not

misleading so as to taint the information it provided or mislead the [magistrate] into mistakenly believing probable cause existed when it actually did not. Rather, it is apparent that, in context, the affidavit relayed the Yahoo! report as it had been received by the GBI ( i.e., through NCMEC), which was acting in the role that it was congressionally mandated to perform.

But even if we were to assume the affidavit was misleading (thus omitting any language implying an independent investigation by NCMEC), and instead inserted language making it abundantly clear that no investigation had ever been conducted, it does not change the result in the case sub judice.

The Court of Appeals therefore held that, given its ruling on the first issue, i.e., that the Yahoo! employee “was afforded a presumption of reliability” so it was not necessary to corroborate the information he/she provided, it followed that

even if the agent had included . . . an explicit disclaimer that NCMEC had not confirmed the veracity of that individual, it would not have resulted in a lack of probable cause to issue the search warrant. Accordingly, the trial court did not err in denying Manzione's motion to suppress.

Posted by Susan Brenner at 9:31 AM