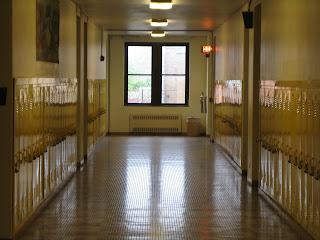 Almost three years ago, I did a post dealing with technology and invasion of privacy, either as a crime or as a civil cause of action.

As I noted in that post, U.S. invasion of privacy statutes tend to assume that A loses privacy in experiences when he shares them with B. When this assumption holds, it logically follows that B does not “invade” A’s privacy by publicizing those experiences.

This post examines a recent decision from the Superior Court of New Jersey – Appellate Division in which the court addressed an invasion of privacy issues that arose from the use of computer technology. The case is State v. Parsons, 2011 WL 6089210 (2011), and this is how it arose:

[John T. Parsons] and the victim, J.B., a school teacher, `met’ through an online dating service. In September 2009, the parties' relationship consisted of phone conversations, text messages, as well as internet conversations. In addition, the parties exchanged photos of one another, including photos of themselves both clothed and unclothed. As to the photos, the parties understood that they were not to be sent or displayed to others.

[Parsons] reacted poorly and threatened to send the nude pictures of J.B. to her employer at the public school where she taught. [He] followed up on his threat and forwarded the pictures to the school, notifying them that `you have an educator there that is . . . not proper.’

The opinion explains that J.B. went to

the Atlantic County [New Jersey] Prosecutor, who investigated the case. [Parsons] was identified as the sender of the photographs. The investigation included a phone call to [Parsons], who admitted sending the photographs to both the Superintendent of Schools and J.B.'s school.

In the call, [he] also admitted that he and J.B. had exchanged the photographs with the understanding that they were not to be sent to anyone else. `The pictures were for his eyes only.’ In response to the investigating officer's inquiry as to whether J.B. gave permission to [Parsons] to display the pictures to anyone else, J.B. responded in the negative.

Parsons was charged with one count of invasion of privacy in violation of New Jersey Statutes § 2C:14–9C, which provides as follows:

An actor commits a crime of the third degree if, knowing that he is not licensed or privileged to do so, he discloses any photograph, film, videotape, recording or any other reproduction of the image of another person whose intimate parts are exposed or who is engaged in an act of sexual penetration or sexual contact, unless that person has consented to such disclosure. For purposes of this subsection, `disclose’ means sell, manufacture, give, provide, lend, trade, mail, deliver, transfer, publish, distribute, circulate, disseminate, present, exhibit, advertise or offer. Notwithstanding the provisions of subsection b. of [New Jersey Statutes § 2C:43-3], a fine not to exceed $30,000 may be imposed for a violation of this subsection.

After the judge who had the case denied his motion, he pled guilty and was sentenced to a “suspended sentence of eighteen months’ imprisonment, together with mandated fines and penalties.” State v. Parsons, supra. Parsons then appealed the denial of his motion to dismiss, which resulted in the opinion we’re concerned with. State v. Parsons, supra.

The Appellate Division then explained that in order to convict Parsons of invasion of privacy in violation of § 2C:14-9C, the prosecution would have to prove each of these elements beyond a reasonable doubt: (i) the defendant knew he was “not licensed or privileged to disclose a photograph;” (ii) he “actually disclosed the photograph;” (iii) the “photograph must be of another whose intimate parts are exposed;” and (iv) the person “depicted in the photograph has not consented to the disclosure of the photograph.” State v. Parsons, supra.

The Appellate Division found that it was

In his arguments on appeal, Parsons focused on

on the first element of the offense and the issue of whether he was licensed or privileged to disclose the photographs. The grand jury testimony supports the State's contention that [Parsons] did not have permission to send the photographs to third parties.

In his grand jury testimony, Sergeant Thomas Finan, supervisor of the Atlantic County Prosecutor's Office Computer Crimes Investigation Unit, stated that [Parsons] acknowledged that the photographs were for the parties' use only and were not to be distributed to third parties. That is sufficient to satisfy the first element of the statute, that [Parsons] knew he was neither `licensed [n]or privileged’ to distribute the photographs.

The opinion doesn't tell me what the factual basis for this argument was, i.e., how the judge at least arguably implied malice as an element of the invasion of privacy crime created by New Jersey Statutes § 2C:14–9C. All I know is that he argued on appeal “that the [trial] judge improperly considered malice or vindictiveness in addressing the motion to dismiss.” State v. Parsons, supra.

As a law review article explains, “malice” used to be an element of criminal law:

The root of the old English common law is the Judeo-Christian moral code. Crimes are crimes because they are `evil’ or immoral. If ethics is essentially not doing those things one knows to be wrong, then it follows that a wrongful act without knowledge of what one is doing is certainly not as culpable as a wrongful act done purposefully. The ancient law of crimes incorporated this ethical notion. . . .

Therefore, crimes must have mental states or mens rea elements. Moreover, the roots of the law of crimes become even more apparent by investigating the different types of mens rea elements. Some of the common law crimes, like arson, require the presence of `malice,’ a term roughly indicating evil or ill will.

I assume Parsons pointed to something the trial judge said as support for his argument that the judge improperly considered malice in denying his motion to dismiss the charge against him. The Appellate Division did not address that issue, since it rather cursorily dismissed Parson’s argument on this issue:

We conclude that malice is not an element of the offense, and if the judge did consider that factor, that was erroneous. However, it does not impact the ultimate issue here -- whether the State established the first element of the crime. On the proofs before us, the State met its burden, and the motion was properly denied.

As to the issue of malice, I can’t find any New Jersey cases or statutes that say it is no longer a generic element of the state’s criminal law, but that’s probably the case. As the law review article I cited above notes, the Model Penal Code, an influential template of criminal statutes, eliminated the notion that malice or evil was part of the criminal law. As Wikipedia explains, the Model Penal Code replaced the old common law concepts with more neutral notions of culpability, i.e., that someone acted “purposely,” “knowingly,” “recklessly” or negligently.

And as an aside, the roommate of Tyler Clementi, the Rutgers student who committed suicide in 2010, was charged with invasion of privacy under New Jersey Statutes § 2C:14–9C, among other offenses. You can find that indictment here, if you’re interested.

Posted by Susan Brenner at 2:12 PM