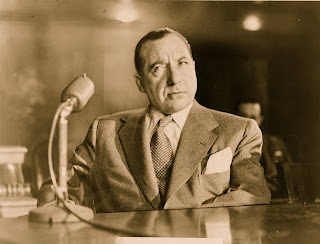 We’ll take them in order. In the first scenario, I used Vanish software in sending emails and, as explained in my last post, FBI agents are trying to obtain the contents of those emails. They used a search warrant to get copies of the emails but enough time has passed that the dynamic encryption key generated for each email has self-destructed, which means no one can read them anymore.

I therefore need to review the requirements for invoking the 5th Amendment before we can consider whether it applies to this scenario and/or to the other scenario we’ll get to in a bit. As I explained in an earlier post, to claim the Fifth Amendment privilege the government must be (i) compelling you (ii) to give testimony that (iii) incriminates you. All three of these requirements have to be met or you cannot claim the privilege.

As I noted in the earlier post, “compelling” someone has a very distinct meaning when it comes to the application of the 5th Amendment privilege against self-incrimination. It refers to what the law calls “judicial compulsion,” i.e., a court must order you to do something. As I’ve also noted, when a court orders you to do something – by, say, issuing a subpoena ordering you to testify – you have to comply or you will be held in civil contempt . . . which means you’ll be locked up until you decide to comply.

That’s where the compulsion comes in. The 5th Amendment was meant to give us a fourth alternative to what the U.S. Supreme Court has called the “cruel trilemma:” tell the truth (and probably incriminate yourself in a crime); lie (which means you commit perjury because you’re under oath when you testify in court and before a grand jury); or refuse to answer and be locked up. The 5th Amendment gives us another option: refuse to answer and NOT be locked up. It only works, though, if we can show that what we’re being ordered to do satisfies the other two requirements – testimony and incrimination.

“Testimony,” as I explained in an earlier post, is essentially communication. So I can take the 5th Amendment privilege if a grand jury subpoenas me to show up and answer questions asked by a prosecutor and/or the grand jurors (if I can show that my testimony is incriminating, which we’ll get to). I can’t take the 5th Amendment to bar law enforcement officers from taking my blood (when extracting the blood is authorized by a grand jury subpoena or other court order) because the Supreme Court has said blood is “physical evidence,” not testimony. The Court has construed the 5th Amendment privilege as only applying to something that is identical or analogous to a witness’ testifying in court.

Okay, back to our scenario. Let’s just focus on me (in this hypothetical in which I’m involved in criminal activity): The grand jury has subpoenaed me (compulsion) and wants me to describe the emails which we’ll assume incriminate me in (hypothetical) criminal activity. Two of the three requirements are clearly satisfied . . . but what about the third requirement – testimony?

I’ll argue that ordering me to describe the emails is testimony because if I do so I’ll be communicating, i.e., I’ll be using my mind to recollect the contents and describe them to the grand jury. That’s a good argument . . . but there MIGHT be a glitch.

So a prosecutor could argue that I can’t take the 5th Amendment privilege and refuse to describe the contents of the emails because while the contents of the emails constitute testimony that incriminates me, I voluntarily “gave” that testimony when I wrote those emails. That’s true . . . but I’m not sure that argument works here. When I’m ordered to hand over documents I created a month or a year ago, all I’m being asked to do is to give the government testimony I “gave” a month or a year ago; once I hand over the documents, the government can read them and “access” my testimony.

If a court finds that the recipients aren’t being compelled to testify against themselves, they’ll have to describe the contents or the emails or be held in contempt and locked up until they do. If a court buys the argument that the recipients are being compelled to testify against themselves, then they can take the 5th Amendment and refuse to testify. If the government really wants them to describe what’s in the emails, it can them give them immunity from prosecution, which deprives them of their ability to take the 5th Amendment privilege and refuse to do so. The government could do this with all or a few of the recipients, depending on whether I’m its primary target or whether it wants to prosecute as many of my (hypothetical) colleagues in crime as possible.

And that brings us to the second scenario, in which the FBI agents get the grand jury to issue a subpoena that requires me or a recipient of one of my emails to open it and read it in the presence of one or more agents. In this scenario, we can still read the email because the dynamic encryption key Vanish generated for it hasn’t self-destructed. The question now is whether I (or a recipient -- the analysis will be pretty much the same here) can take the 5th Amendment and refuse to access emails in the presence of FBI agents (who will read and/or photograph/print them).

The analysis here is the same as the analysis I outlined in my original post on the Boucher case: As I explained there, the Supreme Court has held that I can take the 5th Amendment and refuse to turn over physical evidence (like an encryption key) if doing so constitutes “testimony.” To constitute testimony, my act of producing the evidence has to “tell” the government something it doesn’t already know.

I think I should be able to take the 5th Amendment, for the same reasons I think Boucher should have been able to invoke the 5th Amendment and turn over the encryption key for the Z drive on his laptop. Boucher, of course, originally won on that argument, but then lost, incorrectly IMHO. This is a similar but far more complex 5th Amendment scenario. I think courts will inevitably have to address these and similar issues because, as I’ve noted before, the use of encryption and similar tools are currently the only way we can obtain constitutional protection for the contents of emails and other digital messages.