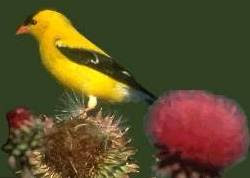 A while back, I got an email asking me to do a post on how the rules of evidence might apply to Twitter posts, or tweets.

I hadn’t done anything on it until now because the only reported case I can find that deals with Twitter (as opposed to a few old cases dealing with twittering birds) concerns a juror’s use of Twitter during trial.

In U.S. v. Fumo, 2009 WL 1977715 (U.S. District Court for the Eastern District of Pennsylvania 2009), Vincent Fumo moved for a new trial based in part on a juror’s using tweets to comment on aspects of the trial. The federal district court found that the juror’s tweets did not warrant the granting of a new trial because they “`were nothing more than harmless ramblings having no prejudicial effect’” on the original trial. U.S. v. Fumo, supra.

The only observation I can find as to the evidentiary admissibility of tweets was made last year on the DCIG site. Joshua L. Konkle posted an entry entitled “Twitter and Federal Rules of Evidence 803(1) and 802(2), hearsay exceptions”. You can find the post here. Mr. Konkle simply noted that “twitter won’t be subject to hearsay based on” Rules 803(1) and 803(2) of the Federal Rules of Evidence.

As I explained in an earlier post, evidence rules – like Rule 802 of the Federal Rules of Evidence – bar the use of hearsay evidence unless the evidence falls into one of the exceptions to the rule barring its use. As I also explained in that post, hearsay is a “statement, other than one made by the declarant while testifying at the trial or hearing, offered in evidence to prove the truth of the matter asserted.” Rule 801(c) of the Federal Rules of Evidence.

The default rule excluding hearsay is, as I again noted in that post, based on simple fairness: If hearsay weren’t excluded, Jane Doe could take the stand at Sam Smith’s trial for murder and tell the jury that Stan Ford had told her (Jane) that Sam committed the murder Sam’s on trial for. Letting that kind of evidence in isn’t fair to Sam because if the jury believes Jane, they’re almost certain to convict him. He can, as I noted, try to overcome the prejudicial effects of Jane’s testimony by showing that she’s a liar, etc., but that may be difficult to do (she may not be a liar). And even if Jane doesn’t have a great reputation as a truth-teller, jurors tend to be influenced by stark statements that show someone’s guilty . . . even when the statements may be more than a little dubious.

For those and other reasons. Anglo-American law has long restricted the use of hearsay. Hearsay won’t come in unless it falls under one of the exceptions to the rule, exceptions each of which is based on the presence of circumstances that presumably provide some assurance that the statements aren’t fabricated. I’ve done several posts on the business records exception to the hearsay rule, which often comes up in cybercrime cases. And I did one on how another hearsay exception applied to the use of MapQuest evidence.

I strongly doubt that the business records exception or many of the other hearsay exceptions will apply to tweets . . . but the exceptions contained in Rules 803(1) and 803(2) just might.

Rule 803(1) deals with the “present sense impression” exception. Under Rule 803(1), “[a] statement describing or explaining an event or condition made while the declarant was perceiving the event or condition, or immediately thereafter” is not excluded by the default hearsay rule. According to the Advisory Committee that drafted the Federal Rules of Evidence, the theory behind this exception is that

I’ve found a few, mostly civil cases in which courts applied the present sense impression exception to emails. In Canatxx Gas Storage Ltd. v. Silverhawk Capital Partners, LLC, 2008 WL 1999234 (U.S. District Court for the Southern District of Texas 2008), the court applied the exception to an email sent by a Silverhawk employee. Blackmon, a Canatxx employee, called Gardner, a Silverhawk employee, to tell him Canatxx “did not want to move forward on a deal” with Silverhawk. Canatxx v. Silverhawk, supra. “As soon as” the call was over, Gardner “sent an e-mail . . . relating my conversation with Blackmon” to other Silverhawk employees. Canatxx v. Silverhawk, supra. During the litigation, Canataxx challenged the admissibility of the email. The federal district judge held that it fell under the present sense impression exception because (i) Gardner sent it “as soon as” the phone call was over and (ii) in the mail he said Blackmon had “just called”. Canatxx v. Silverhawk, supra. The other cases reach similar conclusions.

Rule 803(2) deals with the “excited utterance” exception. Under Rule 803(2), “[a] statement relating to a startling event or condition made while the declarant was under the stress of excitement caused by the event or condition” is not excluded by the default hearsay rule. According to the Advisory Committee, the theory behind this exception is

simply that circumstances may produce a condition of excitement which temporarily stills the capacity of reflection and produces utterances free of conscious fabrication. . . .. Spontaneity is the key factor in each instance, though arrived at by somewhat different routes. Both are needed in order to avoid needless niggling.

The excited utterance exception often comes up in civil and criminal cases, but I can’t find any reported case in which a court has applied it to email. In U.S. v. Ferber, 966 F. Supp. 90 (U.S. District Court for the District of Massachusetts 1997), the government wanted to use an

U.S. v. Ferber, supra. The email was relevant because Ferber, who had been an investment banker “working principally in the area of public finance”, was charged with “taking advantage of his special position with the Public Entity Clients for his own personal gain, thereby breaching his fiduciary duty and defrauding those clients.” U.S. v. Ferber, supra. As the opinion, explains, the government tried unsuccessfully to have the email admitted under the excited utterance exception:

The government pinned their hopes on the immediacy with which Carey composed the E-mail message following his conversation with Ferber and the “my mind is mush!” comment at the end of the message, arguing that the entire message was an excited utterance and thus admissible pursuant to Fed.R.Evid. 803(2). In laying the foundation, the government inquired of Carey concerning the timing of the message (Carey: `I believe I wrote that E-mail shortly, very shortly, after the conversation [with Ferber]’), and Carey's emotional state as a result of that conversation (Carey:`“I was very upset, panicked, and very much wanted to get Mr. Moore's attention"'). . . .

After hearing argument by both sides, the Court ruled:

I am not going to admit it [as] an excited utterance. Because the detail, the length, the possibility [Carey] spoke to this Kevin before he wrote it, all of it signals to me that whatever he may say about his mind being mush, there's ample time for him to reflect, fabricate.

I don’t think these are the only exceptions that could be used for tweets. Under Rule 803(3) of the Federal Rules of Evidence, “[a] statement of the declarant's then existing state of mind, emotion, sensation, or physical condition . . . but not including a statement of memory or belief to prove the fact remembered or believed unless it relates to the execution, revocation, identification, or terms of declarant's will” is not excluded by the default hearsay rule. According to the Advisory Committee, this is “essentially a specialized application” of the present sense impression exception. Advisory Committee Federal Rules of Rule 803(3). The Committee also noted that excluding statements of memory or belief is “necessary to avoid the virtual destruction of the hearsay rule, which would otherwise result from allowing state of mind, provable by a hearsay statement, to serve as the basis” for inferring the event which “produced the state of mind.”

It seems to me Rule 803(3) may be a better fit for tweets than the other two rules. As a federal judge noted, “Rule 803(3) is particularly useful when trying to admit e-mail, a medium of communication that seems particularly prone to candid, perhaps too-candid, statements of the declarant's state of mind, feelings, emotions, and motives.” Lorraine v. Markel American Insurance Co., 241 F.R.D. 534 (U.S. District Court for the District of Maryland 2007). And at least one court relied on this exception in ruling that emails were admissible in a federal criminal prosecution. U.S. v. Safavian, 435 F. Supp.2d 36 (U.S. District Court for the District of Columbia 2006).

And I suspect that many of the evidentiary issues that arise with regard to instant messages – some of which I discussed in an earlier post – will also apply to tweets.