The Vehicle Exception and Laptops 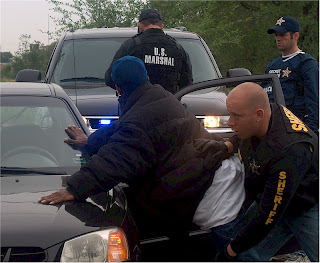 This post is about the extent to which officers may be able to search a laptop without first obtaining a search warrant . . . if the laptop is being carried in a car or other vehicle.

As I’ve also explained, the default way for a search or seizure to be reasonable is for it to be conducted pursuant to a warrant -- a search and/or seizure warrant.

As I’ve noted in several posts, a search and/or seizure can be “reasonable” even though it was not authorized by a search/seizure warrant. As I’ve noted, the Supreme Court has recognized a number of exceptions to the warrant requirement, such as the consent and exigent circumstance exceptions. This post is about another of those exceptions – the one that is usually known as the “vehicle exception” (or as the “automobile exception”).

As Wikipedia explains, the modern version of the vehicle exception dates back to 1925, when the U.S. Supreme Court decided Carroll v. United States, 267 U.S. 132. In the Carroll case, federal prohibition agents (alcohol prohibition’s version of the DEA) had probable cause to believe a car driving from Detroit to Grand Rapids was carrying illegal liquor. The agents stopped the car and found illegal liquor, but not before they pretty much tore it apart. Carroll moved to suppress the evidence, arguing that the agents should have gotten a warrant. The Supreme Court upheld the search, citing old cases that said officers didn’t have to get a warrant to search mobile objects, such as ships.

The initial justification for what came to be known as the vehicle exception, then, was the vehicle’s mobility; as the Carroll Court noted, a vehicle can be moved out of the jurisdiction, perhaps before officers can get a warrant. That exigency – like the broader exigencies that justify the exigent circumstances exception – justifies letting officers act without first getting a warrant, as long as they have probable cause to believe evidence will be found in the vehicle to be searched. The exception substitutes for the warrant.

As Wikipedia notes, the modern Supreme Court has found that the vehicle exception is also justified by the lesser expectation of privacy we have in our vehicles. In California v. Carney, 471 U.S. 386 (1985), the Court said that because cars are highly regulated by the states (e.g., licensing, vehicle inspections, etc.), we have a reduced expectation of privacy in automobiles and other vehicles.

I’ve been looking for a case in which the prosecution relied on the vehicle exception to justify the warrantless search of a laptop. I still haven’t found a case that specifically addresses that issue, but a recent decision from the U.S. Court of Appeals for the Tenth Circuit comes close.

On July 24, 2007, Wyoming Trooper Matt Arnell observed a motor home with Nevada license plates at a restaurant parking lot in Evanston, Wyoming. It was towing a trailer bearing an expired Wyoming license plate. Arnell was aware (from a prior briefing) the motor home was associated with the Hell's Angels motorcycle club. He verified that the trailer plate was expired but did nothing more until the motor home was driven on to Interstate 80 heading east. As Arnell followed the vehicle, he called for a drug canine to be brought to the area. He then stopped the motor home to issue a citation for the expired plate. When the driver, Shayne Waldron, stepped out, Arnell smelled . . . burnt marijuana. As Arnell spoke with Waldron, a passenger in the motor home, David Burgess, joined the conversation. Burgess said he was the owner of the motor home and both men acknowledged the trailer's license plate was expired. Burgess explained the trailer belonged to a person who permitted them to use it and they were traveling to another town in Wyoming to update the registration and obtain current plates.

As Arnell was issuing a citation for the expired plate, Deputy David Homar and his canine, Blitz, arrived. Blitz . . . alerted at the doors of the motor home. Trooper Arnell informed Burgess he was going to search the vehicle. Burgess said he would rather Arnell get a warrant. Nevertheless, because of the suspicions raised by Blitz's alert and the smell of marijuana, Arnell entered the motor home where he found marijuana, a pipe, and two bags of cocaine -- each containing approximately seven grams. Arnell advised Waldron and Burgess of their [Miranda] rights. . . . Burgess admitted the marijuana was his. Arnell resumed the search. He noticed a laptop computer and a Seagate hard drive in the bedroom. After approximately fifteen to thirty minutes, Arnell left the motor home and arranged to have it towed to a Wyoming Department of Transportation shop for further inspection.

In appealing his conviction, Burgess renewed his claim that the seizure and search of his laptop and hard drives violated the 4th Amendment. The prosecution again claimed the vehicle exception justified both, even if the warrant did not. On appeal, Burgess did not

U.S. v. Burgess, supra. In ruling on Burgess’ argument, the Court of Appeals noted that the Supreme Court has not addressed this issue and it could not find any cases dealing with the topic. The court therefore undertook its own analysis of the issue.

But then the Court of Appeals engaged in some speculation that seems sympathetic to the argument Burgess was making:

Practically speaking, the forensic search of a hard drive (or its equivalent, such as a flash drive) will rarely be conducted at the `site’ while searching an automobile, given the potential to corrupt or lose evidence. Arguably, requiring the government to secure a warrant prior to searching the contents of a properly seized computer is typically not overly burdensome in light of the privacy interests at stake. However, sometimes the police may not resort to forensic programs like EnCase. Assuming probable cause to do so, they might simply turn the computer on and conduct a superficial search. Nothing in Acevedo suggests either type of search . . . would be impermissible without a warrant, but seemingly well settled matters are subject to change. . . . In spite of clear language in Acevedo, one might speculate whether the Supreme Court would treat laptop computers, hard drives, flash drives or even cell phones as it has a briefcase or give those types of devices preferred status because of their unique ability to hold vast amounts of diverse personal information.

The Court of Appeals ultimately did not rule on the merits of Burgess’ argument as to the restricted applicability of the vehicle exception to laptops and other computer media. It held that, although the search warrant application “`could have been more artfully prepared’”, the warrant was valid and authorized the search of the laptop and the hard drives. U.S. v. Burgess, supra.

Burgess’ argument is a version of an argument that has been made in other contexts. As I’ve noted, people have challenged the application of the border search exception to laptops on the grounds that laptop are containers of such complexity that they present unique 4th Amendment privacy issues. Others have made similar arguments with regard to the application of the search incident to arrest exception to laptops (and cellphones), as well as in other contexts.

Some courts have been sympathetic to that argument. I think the Ninth Circuit’s opinion in the Comprehensive Drug Testing case, which I discussed in a recent post, reflects concerns similar to those Burgess raised in this case. The problem I see with the “computers are complex containers and must therefore be governed by special rules” argument goes to line-drawing. If a court were to buy Burgess’ argument, what would it do? Would it say that an officer who’s authorized to conduct a vehicle exception search of an automobile can’t turn on a laptop he finds in the car to see if it is, in fact, a laptop? Or would the court try to draw some fine distinctions between, say, simply turning on the laptop and looking through its files?

Posted by Susan Brenner at 6:32 AM