The Locked Cell Phone, Credit Card Fraud and the Motion to Compel 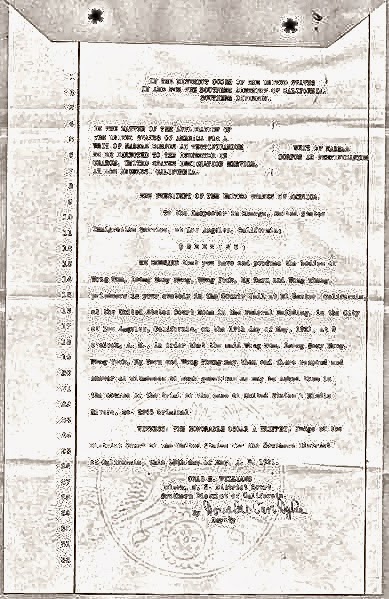 This post examines an opinion recently issued by a U.S. Magistrate Judge who sites in the U.S. District Court for the Southern District of New York.  In re Order Requiring [XXX], INC. to Assist in the Execution of a Search Warrant Issued by This Court by Unlocking a Cellphone, 2014 WL 5510865 (“In re Order”),
The judge begins the opinion by explaining that on
October 10, 2014, the Government obtained a search warrant that authorized the Government to search the contents of a cellular telephone for evidence relating to credit card fraud. The cellphone had previously been seized incident to an arrest. The Government now reports that the phone is `locked’ -- apparently requiring a password to retrieve any of the information permitted under the search warrant.

It has made an ex parte application pursuant to the All Writs Act, 28 U.S. Code § 1651, seeking an order that would compel the manufacturer of the cellphone to assist in the execution of the search warrant by `bypassing the lock screen.’ Both the search warrant and the current application have been filed under seal.
In re Order, supra.
He goes on to explain that the All Writs Act,
originally enacted as part of § 14 of the Judiciary Act of 1789, see 1 Stat. 81–82, provides that federal courts `may issue all writs necessary or appropriate in aid of their respective jurisdictions and agreeable to the usages and principles of law.’ 28 U.S. Code § 1651(a). The Supreme Court has recognized that `[t]he All Writs Act is a residual source of authority to issue writs that are not otherwise covered by statute.’ Pennsylvania Bureau of Correction v. U.S. Marshals Service, 474 U.S.34 (1985).

[t]he power conferred by the Act extends, under appropriate circumstances, to persons who, though not parties to the original action or engaged in wrongdoing, are in a position to frustrate the implementation of a court order or the proper administration of justice, and encompasses even those who have not taken any affirmative action to hinder justice.

Case law reflects that orders providing technical assistance of the kind sought here are often not deemed to be burdensome. See, e.g., Application of U.S. for an Order Authorizing an In–Progress Trace of Wire Commc'ns over Tel. Facilities, 616 F.2d 1122 (U.S. Court of Appeals for the 9th Circuit 1980) (tracing of a telephone call conducted through an `electronic or mechanical device’ rather than manually); U.S.  v. Hall,583 F.Supp. 717 (U.S. District Court for the Eastern District of Virginia 1984) (records that could be generated by `punching a few buttons); see also U.S. v. New York Telephone Co., supra. (assistance `in the installation and operation of’ a pen register).

Case law also reflects that in some instances parties subject to the writ should be compensated for their expenses. See, e.g., Application of U.S. for an Order Authorizing an In–Progress Trace of Wire Commc'ns over Tel. Facilities, supra  (court should consider whether third party will be `fully compensated for the services provided’); Application of U.S. for Order Authorizing Installation of Pen Register or Touch–Tone Decoder & Terminating Trap, 610 F.2d 1148 (U.S. Court of Appeals for the 3d Circuit 1979) (`third party would `be compensated “at the prevailing rates” for its services’).
In re Order, supra.
He pointed out that, in this case, the
Government has provided a proposed Order that directs the manufacturer to provide `reasonable technical assistance’ in unlocking the device. The proposed Order omits, however, any mention of a process by which the manufacturer may seek to the challenge the Order. Courts have held that due process requires that a third party subject to an order under the All Writs Act be afforded a hearing on the issue of burdensomeness prior to compelling it to provide assistance to the Government. See, e.g., In re Installation of a Pen Register or Touch—Tone Decoder & a Terminating Trap, 610 F.2d 1148 (U.S. Court of Appeals for the 3d Circuit 1979); U.S. v. Mountain States Tel. & Tel. Co., 616 F.2d 1122 (U.S. Court of Appeals for the 9th Circuit 1980).

To the extent the manufacturer believes the order to be unduly burdensome or that it should be reimbursed for expenses, the manufacturer should be given clear notice that it has the opportunity to object to the Order.
In re Order, supra.
So the judge held that
[a]ccordingly, the Court will include in the Order a provision that directs that, `to the extent [the manufacturer] believes that compliance with this Order would be unreasonably burdensome, it may delay compliance provided it makes an application to the Court for relief within five business days of receipt of the Order.’

For the foregoing reasons, and with the foregoing modification, the Government's application for an order under the All Writs Act is granted.
In re Order, supra.

Posted by Susan Brenner at 9:21 AM