Reckless Driving, the Event Data Recorder and the Confrontation Clause 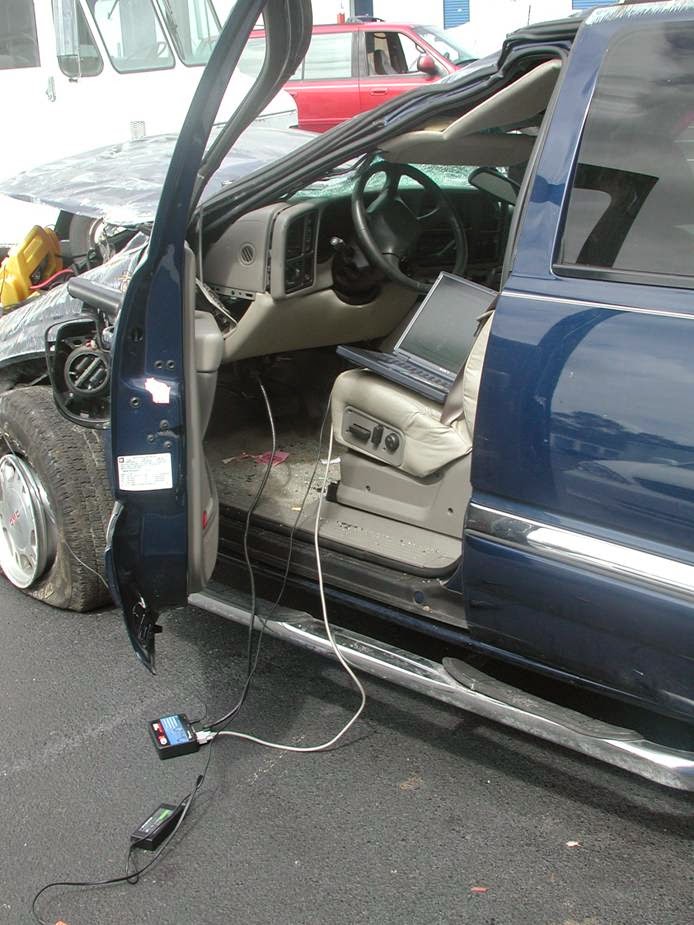 After a jury convicted her of “criminal vehicular operation and reckless driving” in violation of Minnesota law, Brittny Nicole Ziegler appealed.  State v. Ziegler, 855 N.W.2d 551 (Minnesota Court of Appeals 2014). The trial judge put her on probation.  State v. Ziegler, supra. More precisely, she argued, on appeal, that “the admission of data collected from a sensing and diagnostic module in her vehicle violated her right to confrontation under the 6th Amendment of the United States Constitution.” State v. Ziegler, supra.
The Court of Appeals begins its analysis of her argument by explaining how the prosecution arose:
Ziegler was driving eastbound on Highway 14, a two-lane road in Olmsted County. A Ford Focus passed Ziegler's vehicle and then passed another vehicle in front of her. Ziegler believed that the Ford nearly hit an oncoming vehicle and became upset with its driver. Ziegler decided to teach the Ford's driver `a little bit of a lesson.’

Ziegler accelerated, tailgated the Ford, and then pulled into the westbound lane to pass it. As she passed the Ford, Ziegler `flicked [the driver] off.’ In response, the driver of the Ford sped up to prevent Ziegler from passing and then slowed down when Ziegler slowed down, preventing Ziegler from reentering the eastbound lane. Ziegler finally accelerated enough to pull in front of the Ford. But when she returned to the eastbound lane the cars collided and rolled into the ditch. Both of the vehicles' occupants were injured. . . . [The] State of Minnesota charged Ziegler with three counts of criminal vehicular operation and one count of reckless driving.
State v. Ziegler, supra.
At Ziegler’s trial, the prosecution called
several witnesses, including Sergeant Mark Inglett, a crash reconstructionist with the Minnesota State Patrol. Sergeant Inglett testified that he reconstructed the accident in this case relying, in part, on data collected from a sensing and diagnostic module (SDM) in Ziegler's vehicle. Sergeant Inglett testified that an SDM is a type of `event data recorder’ that collects and records information such as vehicle speed, engine speed, and brake-switch activation. Sergeant Inglett explained that the SDM is idle until it senses a change in velocity or an impact, at which point it records data from other devices in the vehicle.

Like the circuit court in Lamons, we recognize that the evidence in this case occupies `the far end of the spectrum.’ . . . Lamons notes that an example of evidence at the other end of the spectrum is a judicial opinion, because it is a `wholly human-generated statement, despite the fact that a machine -- a word processor on a computer -- aided its production.’

The Lamons court also noted, and we agree, that `[t]he characterization of statements toward the middle of the spectrum, which includes a statement that may have been generated through the contemporaneous lens of human interpretation and analysis, poses a more difficult problem.’ U.S. v. Lamons, supra. But we easily conclude that the SDM data in this case occupy the wholly machine-generated end of the spectrum. The machine-generated SDM data in this case do not contain the statements of human witnesses.
State v. Ziegler, supra.


So it held that the “admission of [the SDM] data through a witness's trial testimony did not violate Ziegler's right to confrontation under the 6th Amendment” and affirmed her convictions. State v. Ziegler, supra.
Posted by Susan Brenner at 9:49 AM