The Internet Cafe and Using a Computer to "Conduct a Sweepstakes" 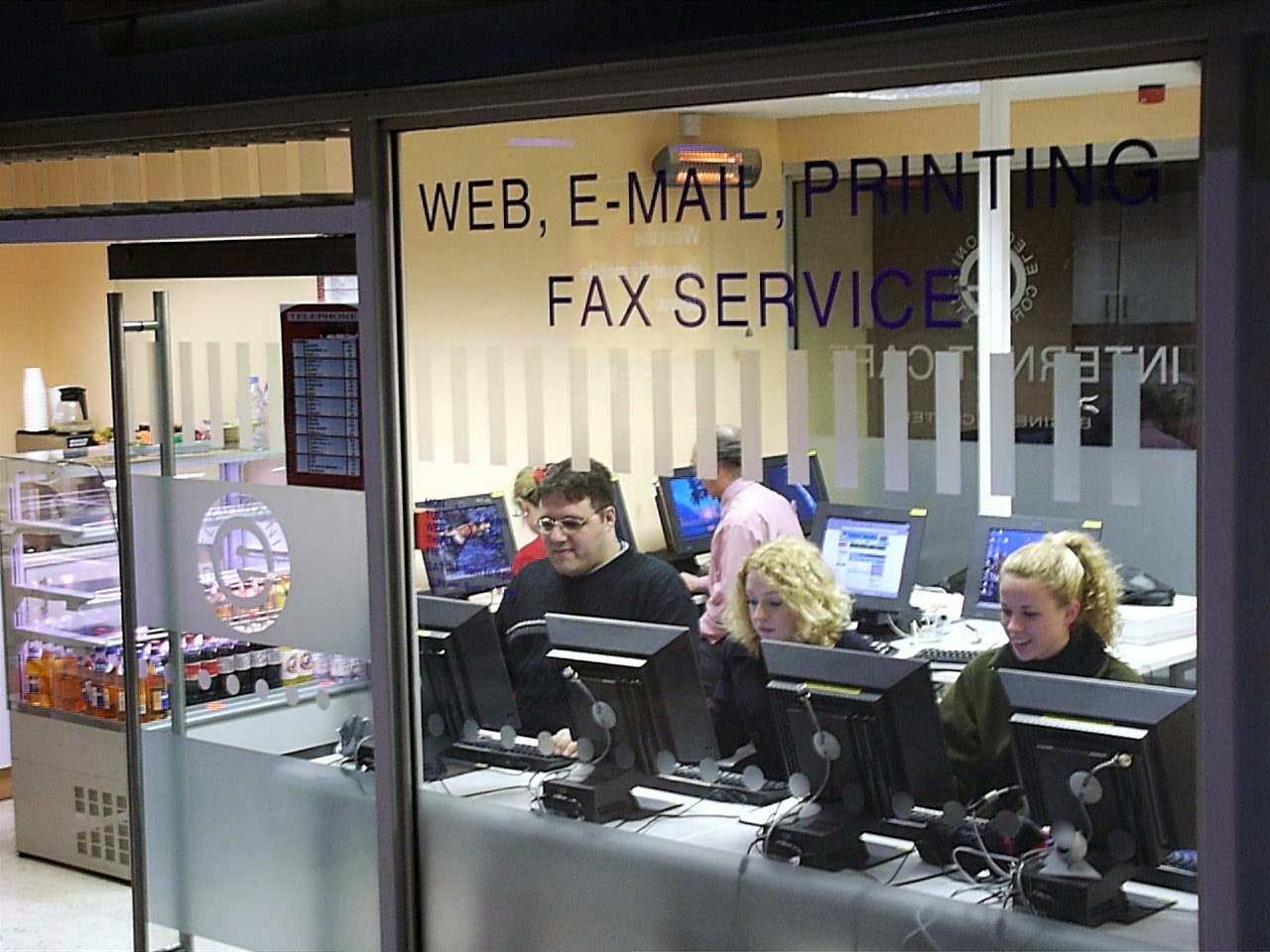 After a jury convicted Kawana Spruill and Richard Conoley Chapman of "violating North Carolina General Statutes §14–306.4 (`Electronic machines and devices for sweepstakes prohibited’)”, they appealed. State v. Spruill, 765 S.E.2d 84 (North Carolina Court of Appeals 2014).
The Court of Appeals begins its opinion by explaining how the prosecution arose:
The evidence presented at trial tended to show that Chapman was the owner of Past Times Business Center (`Past Times’), an internet café, located at 2100 St. Andrews Street, Tabor City, and defendant Spruill was the manager. An undercover officer with the Tabor City Police Department went to Past Times to determine if the café was operating an electronic sweepstakes in violation of N.C. Gen.Stat. 14–306.4.

The undercover officer testified that he went to Past Times on 11 April 2013, equipped with a surveillance camera. The surveillance video was played for the jury while the officer narrated.

The undercover officer played internet games with the names `Keno,’ `Lucky's Loot,’ Lucky's Loot bonus round named `Pot O'Gold,’ `Lucky Sevens,’ `Lucky Ducks,’ and `Lucky Lamb.’ The undercover officer testified that his understanding was `[y]ou cannot win any more money than what it says you're already going to win before the game starts. So it's irrelevant what you click on.’

Kevin Morse, a representative from the video game manufacturer Figure Eight, testified that the software used to make the electronic games available in Past Times was developed and controlled by Figure Eight and that Past Time paid a user licensing fee to access the games via the internet. Morse distinguished a `true sweepstakes,’ where the prize is revealed after the game is completed, from the electronic games used in Past Times, where the prize is revealed before a game is played.

(1) Conduct a sweepstakes through the use of an entertaining display, including the entry process or the reveal of a prize.

(2) Promote a sweepstakes that is conducted through the use of an entertaining display, including the entry process or the reveal of a prize.’
State v. Spruill, supra.  The court also noted that
`[e]ntertaining display’ is defined as “visual information, capable of being seen by a sweepstakes entrant, that takes the form of actual game play, or simulated game play. . . .’ N.C. Gen. Stat. § 14–306.4(a)(3). An entertaining display can be `[a]ny [ ] video game not dependent on skill or dexterity that is played while revealing a prize as the result of an entry into a sweepstakes.’ N.C. Gen. Stat. § 14–306.4(a)(3)(i).

`Sweepstakes’ is defined as `any game, advertising scheme or plan, or other promotion, which, with or without payment of any consideration, a person may enter to win or become eligible to receive any prize, the determination of which is based upon chance.’ N.C. Gen. Stat. § 14–306.4(a)(5).
State v. Spruill, supra.
On appeal, Spruill and Chapman argued that
because the prize is revealed to the patron prior to any opportunity to play a game, they have not run afoul of the plain meaning of N.C. Gen. Stat. § 14–306.4. Previously, games were used to reveal the sweepstakes prize.

But, according to Figure Eight representative Morse, the software accessible from Past Times was changed to incorporate the pre-reveal feature, specifically, to operate in compliance with N.C. Gen. Stat. § 14–306.4.

`[N]o sooner is a lottery defined, and the definition applied to a given state of facts, than ingenuity is at work to evolve some scheme of evasion which is within the mischief, but not quite within the letter of the definition. But, in this way, it is not possible to escape the law's condemnation, for it will strip the transaction of all its thin and false apparel and consider it in its very nakedness. It will look to the substance and not to the form of it, in order to disclose its real elements and the pernicious tendencies which the law is seeking to prevent. The Court will inquire, not into the name, but into the game, however skillfully disguised, in order to ascertain if it is prohibited [.] It is the one playing at the game who is influenced by the hope enticingly held out, which is often false or disappointing, that he will, perhaps and by good luck, get something for nothing, or a great deal for a very little outlay. This is the lure that draws the credulous and unsuspecting into the deceptive scheme, and it is what the law denounces as wrong and demoralizing.’
Hest Technologies, Inc. v. State ex rel. Perdue, 366 N.C. 289, 749 S.E.2d 429, 430–31 (North Carolina Supreme Court 2012). . . .
State v. Spruill, supra.
The Court of Appeals explained that
[i]t is undisputed that with the use of computers accessing the internet, defendants operated a sweepstakes wherein a prize was revealed to a patron not dependent upon the patron's skill or dexterity in playing a video game. See N.C. Gen. Stat. § 14–306.4(a)(3)(i). That the video game did not have to be played or played to completion is not determinative.

Defendants appear to define `game’ only as that interaction between patron and computer which occurs after the sweepstakes prize has been revealed and the patron presses the `game’ button. We disagree.

Under the pre-reveal format, entry and participation in the sweepstakes, through the pre-reveal, is a prerequisite to playing a video game. Thus, the sweepstakes takes place during the initial stages of any game played.
That the sweepstakes is conducted at the beginning of a game versus its conclusion makes no significant difference: the sweepstakes prize is not dependent upon the skill or dexterity of the patron; it is a game of chance. And, in conjunction, the electronic video game is a display which entices the patron to play.
State v. Spruill, supra.
The court therefore found that
Section 14–306.4 seeks to prevent the use of entertaining displays in the form of video games to conduct sweepstakes wherein the prize is determined by chance. See N.C. Gen. Stat. § 14–306.4(b)(1).

Therefore, when viewed in the light most favorable to the State, it is clear that the jury was presented with substantial evidence of each essential element of the charge that defendants operated or placed into operation an electronic machine to conduct a sweepstakes through the use of an entertaining display, including the entry process or the reveal of a prize. See id.; see also State v. Trogdon, 216 N.C. App. 15, 715 S.E.2d at 635 (North Carolina Court of Appeals 2011).