Yahoo!, Photobucket and the Spontaneous Transfer of Child Pornography 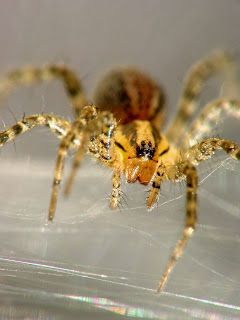 Owens appealed, claiming “the evidence [presented at trial] was insufficient to establish beyond a reasonable doubt that he knowingly transferred the images from his jasonz_14@yahoo.com account into his Shiloe26 Photobucket account on October 1, 2007.”  U.S. v. Owens, 2013 WL 336704 (U.S. Court of Appeals for the 5th Circuit 2013) (U.S. v. Owens 2013).

More precisely, in appealing his conviction for transporting child pornography, Owens argued that he

could not have transferred the images because September 20, 2007, was Yahoo's cut-off date for transferring photos from its photo service to another photo website. He suggests the images migrated from the Yahoo account to the Photobucket account on October 1, 2007, spontaneously or accidentally without any affirmative act by him. He also promotes a theory that someone else used his work computer to transfer the images while he was at home with a spider bite on October 1, 2007.

The earlier district court judge’s opinion, which denied Owens’ motion for a new trial or for a judgment of acquittal, outlines the essential facts in the case:

When Owens was interviewed by the FBI during the investigation of his possible involvement with child pornography, he told them that, among other things, he

When questioned about the . . . child pornography found on his computer at PT Corporation, Owens advised he received an email from Yahoo stating that Yahoo photos service was being discontinued, and offered Owens several other online photograph warehousing services for him to transfer his photos that were in his Yahoo account.

Owens chose www.photobucket.com and opened an account to transfer only his photographs in theSHILOE26@yahoo.com account. According to records received, these photos were migrated from Yahoo photos to www.photobucket.com on August 21, 2007, and October 1, 2007.

According to Owens, he was unaware the images of child pornography were transferred to the www.photobucket.com account. Owens [said] he did not intentionally transfer these images. When asked about the fact that the[y] . . . had been downloaded and viewed on the PT Corporation computer, Owens advised that he must have viewed the images of child pornography when he was viewing his other family and friends' photographs on the newly opened www.photobucket.com account.

In reviewing the evidence presented at trial and the district court’s denial of Owens’ motion for a new trial or a judgment of acquittal, the Court of Appeals found that “[w]hen the evidence, all reasonable inferences therefrom, and all credibility determinations are viewed in the light most favorable to the Government, the evidence before the jury was sufficient for a reasonable jury to find beyond a reasonable doubt that Owens caused the transfer of the images of child pornography.”  U.S. v. Owens 2013.

To understand why it reached that conclusion, it is necessary to review the evidence presented at trial, as summarized by the district court judge, who noted, first, that

[c]ertain elements are not seriously disputed. First, the boys depicted in the images migrated from Owens's Yahoo! Photos account to his Photobucket account were obviously minors, and federal agents confirmed that two of the victims had been identified and were eight years old. Second, the depictions . . . constitute pornography as defined by the statute. Finally, the images were transported in interstate commerce.

The district court judge also noted that while “these elements are easily established, the issue at trial focused on whether Owens knowingly transported the images”, i.e., whether he acted with the requisite mens rea.  U.S. v. Owens, 2010.  He found that with regard to this element of the offense, “the jury had ample evidence to convict”, which included

• Owens's confession that he saved child pornography at Yahoo! Photos;

• Records from Yahoo! Photos documenting that the images it migrated to Photobucket (and were later found on Owens's computer) were originally uploaded during the time period Owens admitted storing child pornography in his Yahoo! Photos account;

• Owens's three inconsistent accounts of the origins of the child pornography stored in his Yahoo! Photos account;

• Testimony that the static IP address for the images matched the computer system at Owens's place of employment;

• Testimony from a representative of Yahoo! Photos that migrations required authorization from the user;

• Testimony from a representative of Yahoo! Photos that they did not migrate images without a request;

• Testimony from representatives of Yahoo! Photos and Photobucket that both accounts were password protected and that the user must select the destination and then correctly input the passwords for both accounts before migration occurs;

• The absence of anyone other than Owens who knew both account names and passwords;

• Testimony from all of Owens's co-workers that they did not request the migration or view images on his computer;

• Testimony from FBI Agent Newsome that, in 2008, Owens provided the correct Yahoo! Photos password that would be necessary to migrate the images, despite Owens's contention that he had not accessed the account in several years;

• Testimony from Owens's expert that billions of images were migrated and from a representative of Photobucket that there were no reports of anyone receiving the wrong pictures or having pictures migrated without their request;

The district judge noted that “[l]ater in his motion,” Owens made a

more precise argument, contending the Government failed in its burden of showing that he knowingly transmitted the images from the computer in question on the date in question. This too falls short. The evidence established that the illegal migration of images occurred on October 1, 2007, a day Owens claims to have been away from work and away from his work computer.

First, credible evidence the jury was free to believe suggests he was at work on that day and attempted to fabricate an alibi. Second, even if he was away, it appears that the request to migrate could come from any computer, provided the user knew the passwords for the Yahoo! Photos and Photobucket accounts. Finally, Owens's own expert agreed that the migration would not necessarily occur on the same day it was requested.

(In its opinion, the Court of Appeals noted that, as to Owens’ claim to have been at home when the transfer occurred, his credibility was “undermined by the disappearance of his employer's records that would have confirmed his absence, by the work-related instant messages sent from Owens's account that day, and by his co-worker's testimony that Owens asked him to provide inaccurate information to support his claim that he was home.”  U.S. v. Owens 2013.)

In ruling on Owens’ arguments on appeal, the Court of Appeals explained that the jury

heard testimony, including an admission by Owens, that he was the subscriber of the jasonz_14@yahoo.com account and the Shiloe26 Photobucket account. Evidence established that the accounts were password protected.

The jury heard how the transfer of images between the accounts required an affirmative act by the subscriber, a virtual `handshake’ in which the subscriber was required to manually enter both his Yahoo and Photobucket user names and passwords, even when that information was saved on his computer. A Yahoo representative also testified that Yahoo would not transfer images unless the subscriber first selected the particular images and requested the transfer.

While other employees of PT Brokers may have used Owens's work computer, there was no evidence that someone else maintained the passwords to the two accounts, and his co-workers explicitly testified that they did not access Owens's digital photo albums, view or save child pornography on his computer or his Yahoo or Photobucket accounts, or view pornography websites on his computer.

The court therefore held that there was no support “for the theory that the images of child pornography spontaneously transferred between Owens's two accounts” or for the alternative “theory that someone else caused the images to be moved from the Yahoo account into the Photobucket account.”  U.S. v. Owens 2013. As a result, it affirmed Owens’ conviction and sentence.  U.S. v. Owens 2013.
Posted by Susan Brenner at 8:16 AM