The Security Video, the Dancers and the 4th Amendment 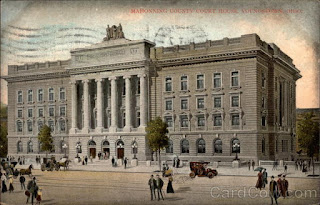 This post examines an Ohio court’s opinon in which it ruled on “19 related appeals” that “involve[d] numerous charges of prostitution against dancers (Appellees) working at the GoGo Girls Cabaret (`Cabaret’) in Austintown, a suburb of Youngstown, Ohio.”  State v. Wallace, ___ N.E.2d ___, 2012 WL 6765388 (Ohio Court of Appeals – 7th District 2012).  The opinion begins by explaining that the charges

stem, in part, from information obtained off of computers seized from the Cabaret, pursuant to a warrant. On these computers were security camera recordings that showed the dancers performing for patrons in private rooms in the Cabaret. The state intended to use the videos as evidence of prostitution.

State v. Wallace, supra. This post only examines the Court of Appeals’ ruling on the 4th Amendment issue.

[o]n or about April 27, 2010, [when] Detective Sergeant Jeffrey Solic of the Austintown Township Police Department filed misdemeanor prostitution charges against the 19 defendants who are the Appellees. . . . The acts of prostitution allegedly occurred in April and May of 2009. The charges arose after Det. Solic obtained and executed search warrants on May 15, 2009 to search the Cabaret and seize evidence of drug trafficking and prostitution, including seizure of the Cabaret's computers. Those computers contained videos of women performing acts that the state determined should be charged as acts of prostitution.

On appeal, the prosecution argued that the dancers were

independent contractors and not employees, and for this reason they had no standing to raise a 4th Amendment challenge to the search warrants (and the evidence seized pursuant to the warrants). [The prosecution] contends that independent contractors, unlike employees, do not have a reasonable expectation of privacy in the premises of their employer and cannot challenge a search of the premises.

As I have noted in prior posts, the 4th Amendment protects us from “unreasonable” searches and seizures conducted by law enforcement officers.  It does not, as I have noted in other posts, protect us from “searches” conducted by private citizens and/or “reasonable” searches.  “Reasonable” searches are conducted either pursuant to a valid search warrant or to an exception to the warrant requirement.  As this site explains, a “search” violates a reasonable expectation of privacy, and to have such an expectation (i) I must subjectively believe the place/thing is “private” and (ii) society must accept my belief as objectively reasonable.  Courts generally assume we have a reasonable expectation of privacy in our homes, but we can also have such an expectation elsewhere, including businesses property.

That brings us back to the prosecution’s claim that the dancers did not have “standing” to challenge the warrant and the resulting search.  State v. Wallace, supra.  As noted above, the prosecution argued that they did not have “standing” to assert that the search warrants (and searches) violated their 4th Amendment rights.  State v. Wallace, supra.  The court began its analysis of that argument by explaining that the 4th Amendment to the U.S. Constitution guarantees

[t]he right of the people to be secure in their persons, houses, papers, and effects, against unreasonable searches and seizures.’ In order to challenge a search and seizure as being in violation of 4th Amendment rights, a defendant must demonstrate that he has standing to raise such a claim by showing he has a `legitimate expectation of privacy’ in the object searched and seized. Rakas v. Illinois, 439 U.S.128 (1978).

commercial premises as well as to private homes. See v. City of Seattle, 387 U.S. 541 (1967). Employees may have some expectation of privacy in their workspace, and therefore, often have standing to assert a 4th Amendment violation. Mancusiv. DeForte, 392 U.S. 364 (1968). Whether an employee had a reasonable expectation of privacy in order to have standing to object to a search of his or her workplace is decided on a case by case basis. . . . In some situations, an independent contractor has less right to object to a search than would an employee, but these situations are also reviewed on a case by case basis. . . .

The prosecution also argued that “even if” the Appellees had standing, they “needed to prove that a 4th Amendment violation took place” and “did not meet their burden of proof in challenging evidence seized pursuant to a valid search warrant.”  State v. Wallace, supra.  The court noted that the prosecution was “correct that a search warrant and its supporting affidavits enjoy a presumption of validity”, which meant the party challenging a search warrant and its outcome has the burden of proof to show that the evidence seized as a result of the search should be suppressed.  State v. Wallace, supra.

The prosecution claimed the Appellees “did not submit any evidence to prove their allegations that the search or the warrants were invalid” which meant the trial judge “had no basis for granting the motion to suppress.”  State v. Wallace, supra.  The Court of Appeals agreed, noting that in moving to suppress, the Appellees “completely relied on alleged facial inadequacies of the search warrants to establish alleged violations of” the 4th Amendment, which meant that if it “determine[d] that the warrant is facially valid,” the trial judge’s granting the motion to suppress would be error.  State v. Wallace, supra.

Next, the Appellees argued that “the warrants were facially invalid because they allowed for the confiscation of security videos that were allegedly made in violation of privacy interests protected by the 4th Amendment.”  State v. Wallace, supra.  The Court of Appeals also rejected this argument, noting that the security videos were recorded

For a search by a private person to trigger 4th Amendment protection, the government must have known about the search in advance, and the private party must be acting in furtherance of law enforcement purposes. . . . There is certainly nothing in the search warrant or accompanying affidavit suggesting that the Cabaret was an agent of the police in producing the security videos.

Finally, the Appellees argued that the search warrant did not allow the police to

The Court of Appeals began its analysis of this argument by explaining that, in Maryland v. Garrison, 480 U.S. 79 (1987), the Supreme Court noted that the 4th Amendment “categorically prohibits the issuance of any warrant except one `particularly describing the place to be searched and the persons or things to be seized.’” State v. Wallace, supra.  As the Court of Appeals explained the purpose is to limit a search to the items the officers are specifically authorized to search for and seize, if they are found.

The court then rejected the Appellees’ particularity argument, finding that it was

The Court of Appeals therefore held that even if the Appellees had standing to arise a 4th Amendment challenge,

they failed to demonstrate any facial errors in the warrant and they failed to submit any other evidence challenging the warrants or search. Therefore, there was no basis to grant the motion to suppress pursuant to the 4th Amendment.

The court therefore reversed the trial court’s judgment granting the motion to suppress.  State v. Wallace, supra.  And since it also vacated the trial judge’s order granting the Appellees’ motions to dismiss the charges against them, it reinstated the misdemeanor prostitution charges in all 19 cases.  State v. Wallace, supra.  If you would like to read more about the case, including the evidence obtained from the computers, check out the news story you can find here.
Posted by Susan Brenner at 7:59 AM