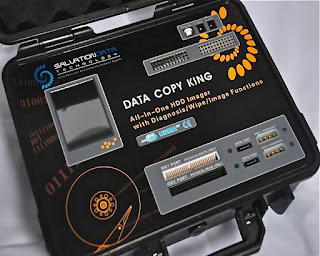 His first trial began on September 21, 2009, but, after hearing all the evidence, that jury “was unable to reach a verdict,” so the district court judge who had the case “declared a mistrial on October 1, 2009.” Brief of Appellee, supra. His second trial began on February 22, 2010 and that jury “returned guilty verdicts on all counts on February 26, 2010.”  Brief of Appellee, supra.

This, according to the prosecution’s brief on appeal, is how the charges came about:

One of those images, `laid back summer nite.jpg,’ was from the `Jesse’ series and depicted a known minor engaged in sexually explicit conduct. . . . The `Jesse’ series was created in Kentucky. . . . [Flocker] uploaded the files using the IP address assigned to Digital Software Services. . . . .

The government’s brief also notes that during his analysis,

Partika found an email sent by [Flocker] using the email address guy2guy692000@yahoo.com on August 12, 2003. . . .. The email was to `ryan c,’ and it appeared as part of an email exchange in which [Flocker] misidentified himself as a nineteen-year-old youth living in southern California. . . . [Flocker] had attached three files to the email marked Exhibit 41: boypee10.jpg, boypee11.jpg, and boypee12.jpg, which depicted minor boys urinating.

Flocker made several arguments on appeal, only two of which I am going to address in this post.  He argued (i) that the district court judge erred when he let Partika testify as an expert witness and/or (ii) that the judge erred “by admitting evidence of four prurient stories as other act evidence of Flocker's intent under Federal Rule of Evidence 404(b).”  U.S. v. Flocker, supra.

Flocker’s first argument involved the standard the U.S. Supreme Court articulated in Daubert v. Merrell Dow Pharmaceuticals, Inc., 509 U.S. 579 (1993).  Rule 702 of the Federal Rules of Evidence, which  incorporates the Daubert standard, allows a “witness who is qualified as an expert by knowledge, skill, experience, training, or education” to testify as an expert “in the form of an opinion” if

Unfortunately, I do not have Flocker’s initial brief on appeal . . . all I have is the brief he filed in reply to the government’s appellate brief.  Reply Brief of Appellant James Thomas Flocker, U.S. v. Flocker, 2012 WL 1667873.  That brief, however, gives some idea of the position his counsel took in the original brief.  It begins by asserting that when

Partika . . . conducted the forensic examination of the computers in this case he had very little experience. While the forensic examination occurred in November of 2004, Partika did not become certified as a forensic computer investigator until 2007. . . . . [C]onducting a forensic analysis of the computer a full three years before acquiring the necessary certification stretches the bounds of reasonableness.

It is irrelevant that Partika obtained the certification prior to testifying at the trial, the relevant time frame in this case was October and November of 2004, when he seized the computers and conducted the actual forensic analysis of the computers. It was in 2004 when he committed the errors at issue, the fact he subsequently became certified does not help the government.

`In reviewing my notes, and I vaguely remember what happened, net acquisition back then was kind of a new tool, and it's not too popular for one reason, because if you don't set up the startup properties just right, you can inadvertently start the computer in the suspect's C Drive.’

Reply Brief of Appellant, supra (emphases in the original).

In its brief, the government noted that the judge held a hearing to determine whether Partika should be allowed to testify as an expert and pointed out that at the hearing

Partika also testified about more generalized instruction related to the investigation of online sex crimes, such as the Basic Crimes Against Children class, and the Online Undercover Investigations class, both taught by the FBI. Partika testified about a conference relating to computer forensic examinations that he had attended, as well . . . things he had done outside of a professional context related to that interest. All this training led to Partika becoming a certified forensic examiner in 2007.

need not `have been an expert witness in another case or have been previously qualified,’ only that he be sufficiently qualified by reason of his knowledge, skill, experience, training, or expertise.’ The court found Partika's `training and experience’ sufficient. . . .

The court also addressed issues of reliability with [his] analysis. In finding his analysis to have been reliable, and therefore his expert testimony admissible, the court found that the United States had established the reliability of Partika's analysis by a preponderance of evidence.

The Court of Appeals rather quickly dismissed Flocker’s arguments:

The district court did not abuse its discretion in admitting the testimony of the government computer expert. The court held an evidentiary hearing on the expert's qualifications and methodology, and reasonably concluded the requirements of Daubert and Federal Rule of Evidence 702 were satisfied.

Although Partika was not officially California certified at the time he conducted his examination of Flocker's computer, he had taken and successfully completed several advanced courses in forensic examination of data and conducted the computer examination applying generally accepted methods and software. . . . Flocker's counsel did highlight some minor deviations from protocol, but those go to the weight of the testimony and not its threshold admissibility.

U.S. v. Flocker, supra. (In other words, the court found that the testimony was admissible under Rule 702, which then meant that, like all other testimony, it was up to the jury to decide how much “weight,” i.e., how much significance, they accorded to it.  For more on that general issue, check out this jury instruction.)

Flocker’s other argument was that the judge erred in admitting the “four prurient stories” noted above under Rule 404(b) of the Federal Rules of Evidence.  U.S. v. Flocker, supra.  As Wikipedia notes, Rule 404(a)(1) of the Federal Rules of Evidence states that evidence “of a person’s character . . . is not admissible to prove that on a particular occasion the person acted in accordance with the character or trait.”  (Wikipedia explains why such evidence is excluded.)  Rule 404(b)(2), however, says that character evidence “may be admissible for another purpose, such as proving motive, opportunity, intent, preparation, plan, knowledge, identity, absence of mistake, or lack of accident.”

Flocker claimed the district court judge erred in admitting the stories because “the jury could have improperly used the stories to inform its decision of whether the photos of young boys urinating -- naked or partially clothed -- were lascivious exhibitions of genitalia, instead of looking only at the four corners of the photographs.”  U.S. v. Flocker, supra.  He argued that because they were not about the boys shown in the photos and “did not make reference to” whether those photos “were lascivious”, the stories “were offered for the sole purpose of demonstrating that [he] had these types of stories on his computer, therefore, he must have personally viewed the images as lascivious.”  Reply Brief of Appellant, supra.

The Court of Appeals did not agree.  It noted, first, that the district court judge “did not admit the stories for that purpose”, i.e., for the purpose Flocker claimed.  U.S. v. Flocker, supra.  The appellate court explained that the government was required to prove that

Flocker knew (at the time he emailed them) that the photos were lascivious and sexually exploitative of children. These stories -- involving urination between adults and children in a sexual context -- were admitted as relevant to Flocker's knowledge and intent. . . .

The court partially redacted the stories and gave a specific limiting instruction (both at the time of introduction and again at close of evidence) that they were to be used only for this limited purpose, and a presumption arises that the jury followed those instructions.

As to his sentence, neither the opinion nor the briefs I can access specify what it was, but the press release you can find here says that in 2010 he was sentenced to seven years in prison “to be followed by 10 years of supervised release for trading child pornography.”
Posted by Susan Brenner at 7:37 AM