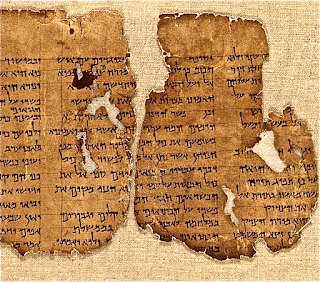 After a jury convicted him of

To understand the charges, and the opinion this post examines, it is helpful to understand a little about what was going on in the case.  It involves Norman Golb, Raphael Golb’s father, who is a professor at the University of Chicago and who, according to Wikipedia,

has been a key proponent of the viewpoint that the Dead Sea Scrolls found in Qumran were not the product of the Essenes, but rather of many different Jewish sects and communities of ancient Israel, which he presents in his book Who Wrote The Dead Sea Scrolls?: The Search For The Secret Of Qumran. In the 1990s, Golb was an advocate for the freeing of the Scrolls for academic pursuit.

And according to this article in the New York Times, Professor Golb’s views

attracted limited support from other scholars, and none from any major academics in the United States. From his home in Chicago, where he has been teaching and publishing, he attributed this cold shoulder to non-scholarly factors. `The personal animus, I regret to say, has nothing to do with scholarship. It has to do with their anger that I came up with a new and more cogent view of the origin of the scrolls.’

According to the same article,

[b]etween 2006 and 2009, [Raphael Golb] created more than 80 online aliases to advance his father’s views about the Dead Sea Scrolls against what he saw as a concerted effort to exclude them. Along the way, according to a jury . . . , he crossed from engaging in academic debate to committing a crime.

Or, as the New York Supreme Court’s Appellate Division noted, Raphael Golb is

the son of an expert on the Dead Sea Scrolls. [He] set up email accounts in which he pretended to be other scholars who disagreed with [his] father's opinion on the origin of the Scrolls. Among other things, [Raphael Golb] sent emails in which one of his father's rivals purportedly admitted to acts of plagiarism.

According to the New York Times article, Golb’s “aliases begot other aliases, known on the Internet as sock puppets: 20, 40, 60, 80.” The same article also notes that the “sock puppets debated with other posters, each time linking to other sock puppets to support their arguments, creating the impression of an army of engaged scholars espousing Norman Golb’s ideas.”
And that brings us back to the opinion.  Golb’s “principal defense was that these emails were only intended to be satiric hoaxes or pranks.”  People v. Golb, supra. The court, though, was not persuaded:

[A]s it has been observed in the context of trademark law, `[a] parody must convey two simultaneous -- and contradictory -- messages: that it is the original, but also that it is not the original and is instead a parody’ (Cliffs Notes, Inc. v. Bantam Doubleday Dell Publishing Group, Inc., 886 F.2d 490, 494 [U.S. Court of Appeals for the 2d Circuit 1989]).

Here, the evidence clearly established that [Golb] never intended any kind of parody. Instead, he only intended to convey the first message to the readers of the emails, that is, that the purported authors were the actual authors. It was equally clear that [Golb] intended that the recipients' reliance on this deception would cause harm to the purported authors and benefits to [him] or his father.

The court's charge, [i.e., the judge’s instructions to the jury,] which incorporated many of [Golb’s] requests, fully protected his constitutional rights, and the court was not required to grant [his] requests for additional instructions. The court carefully informed the jury that academic discussion, parody, satire and the use of pseudonyms were protected by the 1st Amendment.

People v. Golb, supra. (For more on parody and the 1st Amendment, check out the article you can find here.)

As to the trial judge’s instructions to the jury, the opinion explains that the

court also ensured that the jury understood the terms `fraud’ and `defraud’ by expanding their definition and advised the jury that `without the intent to deceive or defraud as to the source of the speech with the intent to reap a benefit from that deceit, there is no crime.’

The court was under no obligation to limit the definitions of `injure’ or `defraud’ -- terms used in the forgery and criminal impersonation statutes -- to tangible harms such as financial harm. . . . The court also properly employed the statutory definition of `benefit’ as `any gain or advantage’ to defendant or to another person (New York Penal Law § 10.00[17]).

it is constitutionally impermissible to include an intent to influence a constitutionally-protected academic debate within the concept of fraud, injury or benefit, that allowing injury to reputation to satisfy the injury element would effectively revive the long-abandoned offense of criminal libel, and that, in any event, the alleged truth of the content of the emails should have been permitted as a defense.

However, the evidence established that [Golb] intended harm that fell within the plain meaning of the term `injure,’ and that was not protected by the 1st Amendment, including damage to the careers and livelihoods of the scholars he impersonated. [Golb] also intended to create specific benefits for his father's career.

The fact that the underlying dispute between [Golb] and his father's rivals was a constitutionally-protected debate does not provide any 1st Amendment protection for acts that were otherwise unlawful.

And the court explained that Golb

was not prosecuted for the content of any of the emails, but only for giving the false impression that his victims were the actual authors of the emails. The 1st Amendment protects the right to criticize another person, but it does not permit anyone to give an intentionally false impression that the source of the message is that other person. . . .

The People were required to prove that [Golb] had the specific fraudulent intent to deceive email recipients about his identity, and to obtain benefits or cause injuries as a result of the recipients' reliance on that deception. The statutes criminalized the act of impersonation and its unlawful intent, not the content of speech falsely imputed to the victims.

(As Wikipedia explains, the void for vagueness doctrine is based on two principles:  the desire to ensure that criminal statutes are not “too vague for the average citizen to understand”; and that they do not give law enforcement officers too much discretion in deciding who will and who will not be arrested and prosecuted.)

As the New York Times article published on February 16 noted, Golb, who had been a lawyer, was disbarred as the result of his felony convictions and, when the article went to press, was “waiting to begin serving” his six-month sentence.

If you would like to read the arguments for and against his conviction, I suggest you check out this article; it has the best coverage of the issues I have seen.
Posted by Susan Brenner at 7:31 AM