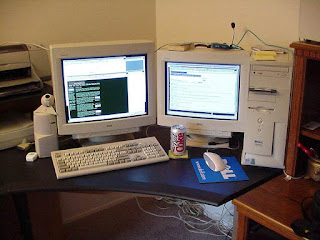 As I’ve noted in earlier posts, and as Wikipedia explains, consent is an exception to the 4thAmendment’s default requirement that law enforcement officers obtain a valid search warrant (actually, a search and seizure warrant) before they search someone’s property and seize any evidence found on or in it.

As a federal Court of Appeals explained in a recent opinion, the 4th Amendment protects

`[t]he right of the people to be secure in their persons, houses, papers, and s effects, against unreasonable searches and seizures.’ U.S. Const. amend. IV. Officers' entry into a home constitutes a search for 4th Amendment purposes. See Payton v. New York, 445 U.S. 573 (1980). If officers enter a home without a warrant, the search `is presumptively unreasonable, and evidence obtained from such a search is inadmissible, subject only to a few carefully established exceptions.’ U.S. v. Harrison, 639 F.3d 1273 (U.S. Court of Appeals for the 10th Circuit 2011).

`Voluntary consent to search is one such exception.’ Id. `Consent may be obtained from the individual whose property is searched, or in certain instances, from a third party who possesses either actual authority or apparent authority to consent to the search.’ U.S. v. Cos, 498 F.3d 1115 (U.S. Court of Appeals for the 10th Circuit 2007); see also Illinois v. Rodriguez,497U.S. 177 (1990) (voluntary consent can be obtained `from a third party who possesses common authority over the premises’). Thus, to establish third-party consent justifying a warrantless entry, the Government must show that (1) the third party had actual or apparent authority to consent to entry into the home, and (2) the consent was freely and voluntarily given.

That brings us to U.S. v. Marandola, 2013 WL 110783 (U.S. Court of Appeals for the 2d Circuit 2013).  After he was convicted of possessing child pornography in violation of 18 U.S. Code § 2252A(a)(5)(B), Christopher Marandola appealed, arguing that the district court judge who had the case erred in denying his motion to suppress “evidence seized during a search of his property in February 2008).  U.S. v. Marandola, supra.

The opinion does not outline the facts, so I am going to begin with the statement of facts in Marandola’s brief on appeal, because it provides the basis for his motion to suppress:

In February of 2008 [Marandola] and his wife, Lisa Marandola shared a residence in Lancaster, New York. There were two computers in the living room . . . on one desk. One was an Apple G4 and the other a Dell. Primarily [he] used the Apple G4 and Lisa used the Dell. The Apple G4 was ordered by [Marandola] for his side business and was paid for with a joint checking account. [He] changed the desktop images on the Apple G4 without asking Lisa's permission and when she objected to an image . . . she would have to ask him to change it.

On February 25, 2008 Lisa accessed the Apple G4 for the first time in more than eight months. Lisa previously used the Apple G4 to check an email account but did not do that often because `for the most part there was a password’ on that computer. The password was placed on the computer by [Marandola] and never revealed to Lisa. If Lisa needed or wanted to use the Apple G4 she would ask [him] for access. . . . Lisa was not certain of how to use the computer; finding the internet browser would be similar to attempting to read another language.

When using her Dell Lisa accidentally bumped the keyboard on the Apple to reveal it was unlocked. Because the Apple was faster she attempted to use it to access MapQuest to get directions to a lunch engagement. Id. As she attempted to do so, she viewed clips with suggestive file names and pictures she suspected to be child pornography. On February 27, 2008, . . . she contacted a Sexual Abuse hotline. The hotline put her in contact with an Assistant District Attorney (ADA) from the Erie County District Attorney's Office.

Shortly after Lisa spoke to the ADA, Lancaster police arrived at the . . . home.  Lisa signed a consent to search form for both computers. . . . After the computers were confiscated . . . Lisa went with Officer Lynch to the Lancaster police station. She gave a statement to Lynch in which she consistently referred to the G4 computer as her husband's computer.

Likewise, the Detective indicated that the Apple G4 belonged to [Marandola] by referring to is to Lisa as `your husbands’ [sic] on at least two occasions. She explained . . . the events involving the Apple G4 from February 25th, including that she accidentally bumped the computer and was `surprised’ that the password was not active.

The Matlock Court said “common authority” is based on `mutual use of the property by persons generally having joint access or control for most purposes”.  The Matlock Court also explained that (i) common authority “does not rest upon the law of property” but (ii) rests instead on “mutual use of the property” by those having joint access or control so it is reasonable to  “recognize that any of the co-inhabitants has the right to permit the inspection in his own right and that the others have assumed the risk that one of their number might permit the common area to be searched.”  U.S. v. Matlock, supra.

In Illinois v.Rodriguez, 497 U.S. 177 (1990), the Supreme Court articulated the standard for having apparent authority to consent to a search of property. A woman who had lived with Rodriguez in the apartment he occupied went with police to the apartment, so they could arrest him for assaulting her.  On the way, she referred to the apartment as “`our’” apartment, used her key to let the officers in once they got there and had “clothes and furniture” there. Illinois v. Rodriguez, supra.

When the officers entered the apartment, they saw “drug paraphernalia” and what they thought were drugs.  Illinois v. Rodriguez, supra.  They arrested Rodriguez and, after he was charged with possessing a controlled substance with intent to deliver, he moved to suppress the evidence found in the apartment, claiming his former girlfriend moved out “several weeks earlier” and therefore did not have actual authority to consent to their entry.  Illinois v. Rodriguez, supra.

The Supreme Court held that the search did not violate the 4th Amendment’s ban on “unreasonable” searches because while it was the product of a mistake (the erroneous assumption that the girlfriend had actual authority to consent to the officers’ entry), the mistake was “reasonable.”  The Court held that the 4th Amendment is not “violated when officers enter without a warrant because they reasonably (though erroneously) believe the person who has consented to their entry is a resident of the premises”.  Illinois v. Rodriguez, supra.

That brings us back to Marandola.  In his brief on appeal, he argued that the district court judge erred in denying his motion to suppress because the computer was

ordinarily protected by a password Lisa did not have. She had not used the computer in over eight months and had little knowledge of how to use it.

Furthermore there can be no reasonable claim that Lisa had apparent authority over the computer. Police were fully aware of the fact that Lisa was restricted from accessing and using the computer.

Prior to the search of the computer, she indicated that: it was password protected for a year and she did not have the password, her husband changed the icons on the computer to such an extent that using the computer was like speaking a foreign language, and she was surprised the computer was unlocked and only discovered this by accident. Moreover, both Lisa and the detective repeatedly referred to the Apple G4 computer as [Marandola’s] computer.

In its brief on appeal, the prosecution pointed out some facts that helped its position in the case, such as that

Both computers were purchased with marital funds and were located in the living room of the residence on the same computer table.

Although Lisa primarily used the Dell computer, on occasion she used the Apple G4 computer to check e-mail. She did not recall using [it] in approximately the eight months prior to February 25, 2008, because the Apple had `a password on it sometimes. Sometimes there was, sometimes there wasn't. For the most part, there was.’ Marandola never told Lisa not to use the Apple. . . .

Only the fact that the computer was usually password protected casts any doubt on the district court's conclusion. However, that doubt dissipates given the undisputed fact that the password was not enabled on the day Lisa viewed the images, which eventually caused her to contact authorities, ultimately leading to the consent she provided to the police. Thus, Marandola's claim that his wife had no authority to consent to the search is baseless.

Likewise, for the same reasons, the district court's alternative conclusion that the police reasonably relied upon Lisa's apparent authority to confer consent was correct. . . . Nothing in the record creates a suggestion that any barriers were in effect which prevented Lisa's access to the Apple computer when she viewed the child pornography stored on it.

Nor is there any indication that Marandola had ever affirmatively advised Lisa not to use the computer. Thus, there was nothing to give the officers pause or to undermine their reasonable conclusion that Lisa had authority to consent to the search of the computer.

The Court of Appeals upheld the district court judge’s ruling.  U.S. v. Marandola, supra. It found, first, that the facts indicated Lisa had actual authority to consent to the search:

Marandola argues that the relevant `area’ is the Apple computer, rather than the family living room in which the computer sat. While Lisa admitted to using the Apple computer sparingly, she still had access to it, as did her daughter. The computer was located in a common area and was purchased using joint funds. [Lisa] paid for internet out of her own personal account.

[Lisa] testified that her husband never told her she was prohibited from using the computer, and that password protection was not enabled on the day in question. These facts provide compelling evidence that Lisa had common authority over the area, a substantial interest in the area, and even tacit permission to gain access to the area.