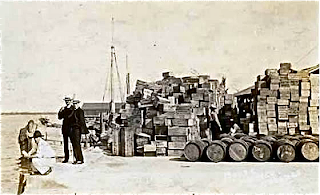 Like most of my posts, this is about a criminal case that involved the use of computer technology.

Unlike most of my posts, this one isn’t about a defendant who’s trying to suppress evidence or argue that evidence was improperly admitted or otherwise trying to avoid being convicted or trying to have a conviction reversed. This post is about a case in which the defendant appealed his sentence, claiming it was excessive.

The case is U.S. v. Spriggs, __ F.3d __, 2011 WL 48016 (U.S. Court of Appeals for the 11th Circuit 2012). After pleading guilty to “one count of receipt of child pornography in violation of 18 U.S. Code § 2252(a)(2)”, Timothy Spriggs received a sentence he though was excessive, for reasons we’ll get to in a moment. U.S. v. Spriggs, supra. First, I need to explain how Spriggs came to be charged with this crime, since those facts are quite relevant to his challenge to the sentence.

Spriggs downloaded child pornography through use of a peer-to-peer file-sharing program named Shareaza 2.0. The copy of Shareaza 2.0 on Spriggs's computer was configured to allow peers to download files from his computer. Law enforcement was unsuccessful when it attempted to download Spriggs's files, and at sentencing no direct evidence was presented that other users downloaded files from Spriggs's child-pornography collection.

Detective Brian Broughton testified at Spriggs's sentencing hearing. He explained that the default settings on Shareaza 2.0 automatically provided for reciprocal sharing and required additional steps if a user did not want to share files with others using the program. Most of Spriggs's child-pornography collection was located in a shared folder that could be accessed by other Shareaza users. The detective also described the possible benefits of sharing files:

`In many of the software suites that are out there, if you are sharing, sometimes that elevates you to a higher status as it relates if you're looking for a file that belongs to somebody and you happen to be sharing a large amount of files, you'll move up higher in the queue and be able to download somebody quicker than somebody who is, let's say not sharing as many files or maybe has file sharing turned off.’

Still, Detective Broughton never testified that Shareaza 2.0, in particular, provided users a benefit, such as faster downloading capabilities, when they enabled file sharing.

As Wikipedia also explains, sentencing under the guidelines is “based primarily on two factors”, which are the conduct associated with the offense” (i.e., what, precisely did the defendant do) and the defendant’s criminal history (i.e., how many, if any, prior criminal convictions does the defendant have). The court then uses the Sentencing Table that is included in the Guidelines to calculate the “sentencing range,” which is stated in terms of months; so one offender’s sentencing range might be, say, 36-45 months.

Once the court determines the applicable sentencing range, it then considers whether there are circumstances that warrant a “departure” from the sentencing range, as Wikipedia explains. A departure can be downward, i.e., result in a sentence lower than that called for by the Guidelines; downward departures are often based on a defendant’s providing “substantial assistance” to law enforcement in investigating the criminal activity in which he/she was involved or that was related to this activity. Upward departures (or “enhancements”), result in a sentence higher than that called for in the Guidelines. Enhancements are based on aggravating circumstances, i.e., facts that indicate that the basic sentencing range does not impose enough punishment. Upward departures can be based, for example, on obstructing justice, i.e., impeding an investigation, using a minor to commit a crime.

That brings up back to Spriggs. He pled to receiving child pornography (only) but the district court judge who sentenced him “applied a five-level enhancement for distribution of illicit images for the receipt, or expectation of receipt, of a non-pecuniary thing of value” under U.S. Sentencing Guidelines Manual § 2G2.2(b)(3)(B). U.S. v. Spriggs, supra.

Spriggs argued, on appeal, that “no evidence supports application of the enhancement” in his case. U.S. v. Spriggs, supra. The district court judge who sentenced him “applied the five-level enhancement, reasoning that Spriggs distributed child pornography with the expectation that he would receive either more child pornography or the ability to obtain downloads faster.” U.S. v. Spriggs, supra.

The Court of Appeals began its analysis of the enhancement issue by noting that while Spriggs claimed the distribution enhancement was improper because the government did not prove that other Shareaza users actually downloaded his files, that was not necessary:

[T]o establish distribution, the government does not need to prove that another user actually downloaded a file from Spriggs's computer. The commentary to the Guidelines defines distribution as `any act, including possession with intent to distribute, production, transmission, advertisement, and transportation, related to the transfer of material involving the sexual exploitation of a minor.’ U.S. Sentencing Guidelines Manual § 2G2.2 cmt. n.1.

The commentary further elaborates that posting illicit images on a publicly accessible website qualifies as distribution. Id. Allowing files to be accessed on the Internet by placing them in a file sharing folder is akin to posting material on a website for public viewing. When the user knowingly makes the files accessible to others, the distribution is complete.

The record supports a conclusion that Spriggs knowingly installed Shareaza 2.0 with an understanding that it enabled other users to access files on his computer. During the installation process, a Shareaza 2.0 user is prompted to choose whether to share files. Spriggs installed Shareaza 2.0 on two operating systems (Windows XP and Vista), and file sharing was enabled on each system.

Additionally, during a forty-minute interview with Detective Broughton, Spriggs mentioned three times that he used Shareaza 2.0 to both download and upload files. Thus, we find no clear error in the district court's implicit finding that Spriggs understood that Shareaza 2.0 enabled other users to access his files.

The Court of Appeals also explained, however, that while Spriggs distributed

child pornography, . . . more is required to apply the five-level enhancement under § 2G2.2(b)(3)(B): the distribution must be `for the receipt, or expectation of receipt, of a thing of value, but not for pecuniary gain.’ U.S. Sentencing Guidelines Manual § 2G2.2(b)(3)(B). The commentary to the Guidelines further explains that the enhancement applies when child pornography is used in `any transaction, including bartering or other in-kind transaction, that is conducted for a thing of value, but not for profit.’ U.S. Sentencing Guidelines Manual § 2G2.2 cmt. n.1.

A `thing of value’ is defined as `any valuable consideration.’ Id. The courts are bound by the commentary to the Guidelines unless the notes contradict the plain meaning of the text of the Guidelines. . . . We find no contradiction. Therefore, the expectation of receiving a thing of value must be understood in the context of a `transaction’ conducted for `valuable consideration.’

the five-level enhancement if the defendant `expected to receive a thing of value -- child pornography -- when he used the file-sharing network to distribute and access child pornography files.’ U.S. v. Stultz, 575 F.3d 834, 849 (8th Cir.2009). Because file-sharing programs enable users to swap files, the court reasoned that no additional evidence is needed to establish the type of transaction contemplated in the Guidelines.

The 11th Circuit explained that it “disagree[d] with the approach taken by the 8th Circuit.” U.S. v. Spriggs, supra. The court disagreed because it (actually, the three judges who heard this appeal) has

For example, file-sharing programs permit a person to access shared files on peer computers regardless of whether the person in turn shares his files. The files are free. Because the transaction contemplated in the Guidelines is one that is conducted for `valuable consideration,’ the mere use of a program that enables free access to files does not, by itself, establish a transaction that will support the five-level enhancement.

The appellate court then turned to the district court’s rationale for imposing the enhancement, i.e., that “Spriggs shared his illicit images with the hope of receiving more pornography.” U.S. v. Spriggs, supra. It noted that it has applied

the enhancement when a defendant traded child pornography in exchange for other pornography. U.S. v. Bender, 290 F.3d 1279, 1286 (11th Cir.2002). Child pornography can be a thing of value, but Spriggs's hope that a peer would reciprocate his generosity does not amount to a transaction conducted for `valuable consideration.’

entered into a transaction in which he shared his child pornography to gain access to another user's pornography. Even if another user accessed Spriggs's files -- and there is no evidence to establish any person did -- it would not necessarily be a transaction conducted for `valuable consideration.’ Without evidence that Spriggs and another user conditioned their decisions to share their illicit image collections on a return promise to share files, we cannot conclude there was a transaction under which Spriggs expected to receive more pornography.

The court noted that the district court judge

also reasoned the enhancement was appropriate because Spriggs expected to receive faster downloading capabilities when he shared files. Presumably the transaction was between Spriggs and the software developers. But significant deficiencies in the record convince us that the government did not meet its burden of proof, and therefore the enhancement was applied in error.

U.S. v. Spriggs, supra. The Court of Appeals found that based on the evidence,

the district court could not conclude that Shareaza 2.0 gives priority downloading capabilities to users who share files. . . . Detective Broughton only testified about file-sharing programs generally. He gave no indication whether he knew Shareaza 2.0 offered the benefit.

It therefore vacated Spriggs’ sentence and remanded the case to the district court judge for resentencing “consistent with this opinion.” U.S. v. Spriggs, supra.


When will these morons understand that they need FULL DISK ENCRYPTION?

Not my cup of tea, but whatever.