The Sentry Case, the Memory Card and Consent 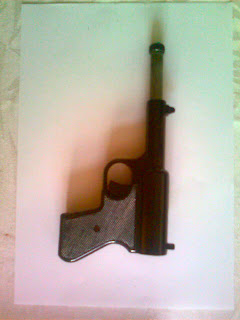 As I’ve explained in earlier posts, and as Wikipedia notes, consent is an exception to the 4th Amendment’s default requirement that police obtain a search (and seizure) warrant before searching someone’s property and seizing evidence they find there.

As I’ve also explained in earlier posts, for the purposes of the 4th Amendment, consent is essentially a waiver: That is, I give up my right not to have my property searched (and, if appropriate, seized). And as I’ve noted before, consent acts like a contract. That is, my consent to search substitutes for a warrant as long as the officer’s search stays within the scope of what I’ve consented to.

So, if officers stop me and say, “Can we search for car for a stolen rifle”? and I say, “yes,”, they can search my car only in places where a rifle can be. My consent to their searching for a rifle defines the scope of my consent. That means they can’t search in the glove compartment, say. And it also means that when officers rely on consent as the 4th Amendment justification for their searching property – a computer, say – and seizing what they find there, the consent will justify their actions if their search stayed within the scope of the property owner’s consent to the search.

And that brings us to U.S. v. Brooks, 2011 WL 6141048 (U.S. District Court for the Northern District of Indiana 2011), an opinion a federal judge issued at the end of last year. I can’t find any news stories or other reported opinions about this case, so I don’t know how it arose; but I also don’t think that is a problem, in terms of understanding the issues the judge is addressing and the result he reaches.

In this opinion, the judge is explaining why, on “December 6, 2011, the first day of trial,” he granted the defendant’s – Shaun Brooks, Jr.’s – “fourth motion in limine.” U.S. v. Brooks, supra. As Wikipedia notes, a motion in limine asks a judge either to exclude or to admit certain information or items as evidence at a trial or hearing. As Wikipedia also notes, the motion in limine “is always discussed outside the presence of the jury and always decided by the judge.”

Here, Brooks filed a motion in limine asking the federal judge who presided over his trial to bar the prosecution from presenting certain evidence during its case in chief, i.e., during the main part of its case. U.S. v. Brooks, supra. To understand why he filed the motion, and why the judge granted it, it is necessary to understand how the evidence at issue came into the government’s possession:

While in custody in May, 2010, Shaun Brooks, Jr. admitted to owning a locked Sentry case and gave police permission to search it. Brooks claims that permission was granted based on his understanding that the officer would be looking for drugs or stolen items. The pre-printed consent to search card, which Brooks signed at the time, gave permission to search the Sentry case and contained an acknowledgment that `[a]ny evidence of criminal conduct that I find will be used against you in a court of law.’ . . .

That search produced items common to the production of methamphetamine and led to the police obtaining a warrant to open the other case, which contained the firearms at the root of all four counts of the indictment.

The firearms were not the focus of Brooks’ motion in limine. The motion focused on the results of a subsequent search:

About eighteen months later, a few days before trial, the government notified Brooks's counsel that the Sentry case had contained a camera memory card, the card contained a photo of Brooks with guns, and the government intended to introduce that photo at trial.

He also explained that, under the 4th Amendment, when an officer

U.S. v. Brooks, supra. To illustrate what this means in practice, the judge explained that in U.S. v. Dichiartine, 445 F.2d 126 (U.S. Court of Appeals for the 7th Circuit 1971), police officers obtained consent to search

Dichiarinte's house for narcotics; he said they could search all they wanted, he didn't have drugs in the house. Long into the search, the agents began looking at Dichiarinte's papers and he told them that since the papers could not contain drugs, they were exceeding the scope of the consent. The officer is alleged to have replied, `Sorry, Pal, we are here now and this is what we are going to do.’ Dichiarinte was convicted of tax fraud based in part on the papers discovered during that search.

The court of appeals overturned the conviction because the scope of consent worked in parallel to the scope of a warrant. `Thus if government agents obtain consent or a warrant to search for a stolen television set, they must limit their activity to that which is necessary to search for such an item; they may not rummage through private documents and personal papers.’ [U.S. v. Dichiartine, supra.]

U.S. v. Brooks, supra. The judge then explained that Brooks’ motion in limine turned on the scope of the search

as created by the consent between Brooks and Lieutenant Steve Adang. `In determining the scope of a defendant's consent, we apply an objective standard: “what would the typical reasonable person have understood by the exchange between the officer and the suspect?”’ U.S. v. Long, 425 F.3d 482 (U.S. Court of Appeals for the 7th Cir.2005), quoting U.S. v. Raney, 342 F.3d 551 (7th Cir.2003).

Therefore, the court must determine if a reasonable observer in the room with Brooks and Adang would have understood that the officer was accusing Brooks of possessing stolen items and was seeking permission to search the Sentry case for exactly that. The object of the search (for example, looking for stolen items) becomes the limiter of the scope of the search.

Since that was, as the Brooks judge’s opinion noted earlier, a fact-sensitive issue, the judge outlined how the consent came about:

The judge then analyzed Brooks’ and the prosecution’s respective arguments:

In favor of the government's position that the scope of the Sentry case was unlimited, a typical reasonable person may understand Adang's comment that he wants to search for anything related to Brooks' past criminal history as a request to make a blanket search for evidence. For this to be so, Brooks and Adang both would have to have known about Brooks' criminal history in detail: Brooks would have to understand that Adang intended to search for weapons-related evidence.

In favor of Brooks's position is that Adang said specifically that he wanted to search for evidence of stolen property or drug crimes. When Brooks consented, it may have been in the nature of Dichiarinte's consent . . . , where he was asserting that he had neither drugs nor stolen property, and the lieutenant could search for those things.

Brooks signed a waiver of rights card that included his acknowledgment that `[a]ny evidence of criminal conduct that I find will be used against you in a court of law.’

This statement weighs neither for nor against the government or Brooks because it goes not to the scope of the search, but the understanding of the purpose of the search and the waiver of the right. Since this is standard language, to give it scope-widening powers would undo the concept of people being able to limit the scope of consent searches.

He then moved to another argument the prosecution made, i.e., that Brooks had shared the photos on the memory card with another person and had therefore lost any 4th Amendment expectation of privacy in them. This is how he analyzed that argument:

Brooks shared the photos on the memory card with Danielle Hughes in February 2010. The government asserts that this sharing amounts to Hughes searching the photographs, and, as long as the later government search didn't exceed the scope of Hughes' search, its action isn't cognizable under the 4th Amendment. See U.S. v. Jacobsen, 466 U.S. 109 (1984) (where FedEx employees opened a package and then called police about its contents, the resulting search of the contents was a recreation of the private search that did not violate the Constitution.)

A defendant must have both a subjective expectation of privacy and his expectation of privacy must be objectively reasonable, often phrased as “one that society is prepared to recognize as reasonable.” See Katz v. U.S., 389 U.S. 347 (1967). . . . One who expects an item to remain private `must exhibit that expectation, i.e., he or she must not have manifested by his or her conduct a voluntary consent to the defendant's allegedly invasive actions.’ U.S. v. Yang, 478 F.3d 832 (7th Cir. 2007) (voluntarily giving items to a police officer indicated the defendant didn't expect them to remain private).

A variety of cases instruct that when something is shared, there is a lessened expectation of privacy in it. . . . These derive from the understanding that, when another person has possession of an item, he may invite the police in to search it. But that's not what happened here. Sharing an item reduces one's sense of privacy in the copy that is shared, but it doesn't eliminate one's privacy in the item retained by Brooks; otherwise, anything, once shared, would be subject to governmental search and seizure without the usual 4th Amendment protections.

Sentry case while he was in custody in May 2010. The scope of that consent was limited to the objects of the search: stolen items and items related to drugs. The December 2011 search of the contents of the memory card exceeded the scope of the consent search, and wasn't done pursuant to a warrant or another exception to the warrant requirement. The contents of the memory card are not admissible at Brooks's trial.