The Dog Sitter, the Computer and the Motion to Suppress 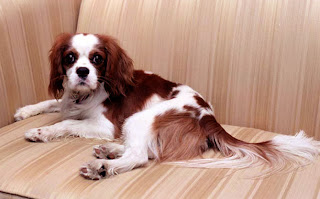 As the result of a sequence of events I’ll outline in a moment, Texan Gregg Baird was “charged with committing thirteen counts of possession of child pornography” in violation of Texas law. Baird v. State, __ S.W. 3d __, 2012 WL 89905 (Texas Court of Appeals 2012).

After the trial judge denied his motion to suppress evidence upon which the charges were based, Baird pled guilty to ten of the counts and, according to this news story, was sentenced to 15 years in prison, followed by 10 years probation. Baird v. State, supra. (And if you’re interested, this story has a little more information about the case.)

Baird appealed, arguing in part, that the trial judge erred when he denied Baird’s motion to suppress evidence. Baird v. State, supra. To understand why the trial judge denied the motion, it’s necessary to understand several things, the first of which is how law enforcement officers came into possession of the evidence on which the prosecution was based:

Baird hired Dawn Killian, who casually knew Baird through her boss, to stay at his home and to care for his dog while he was on a ten-day vacation to Panama with his parents. She met with Baird twice at his home, first to meet the dog, and second, on the day of Baird's departure, to be shown around the house. In the second meeting, Killian said that Baird walked her through the house and told her to `help yourself to everything,’ which he also said when he showed her the kitchen. Baird showed her how to operate his television and stereo.

Killian said that Baird also walked her through his bedroom and bathroom and told her to keep his bedroom door closed (both when she was and was not in the home) because he did not want his dog in the bedroom. Killian was to stay in a guest bedroom. Baird had a roommate who had his own bedroom and office, and Baird indicated that those were places that Killian and the dog would not be going in.

On the evening of May 8, 2009, Killian went into Baird's bedroom to use his computer to try to copy two songs from a music CD to her new phone. Baird had not specifically told her not to use his computer, nor did he specifically tell her that she could use it. The computer was on but in sleep mode, and when she moved the mouse, the computer's desktop came on. A password was not needed to access the computer.

After anonymously consulting with others in an online forum and then discussing it with people she knew, Killian reported what she had seen on Baird's computer to the College Station police. A search warrant was obtained and executed, and child pornography was found on several devices seized from Baird's home.

Baird also testified at the hearing on the motion to suppress. Baird v. State, supra.

Baird also admitted that his roommate had permission to use, and did use, Baird's computer. Baird thought he had turned off the computer before he left on vacation.

Now we come to the interesting part of the case (or maybe, one of the interesting parts of the case). If you follow this blog and/or read cases or other sources about cybercrime prosecutions, you probably know that people usually base a motion to suppress evidence on the argument that law enforcement officers found the evidence by engaging in conduct that violated the 4th Amendment’s ban on “unreasonable” searches and seizures. Baird, though, did not rely on the 4th Amendment.

Instead, he moved to suppress the evidence “obtained in the search under [Texas] Code of Criminal Procedure article 38.23(a), arguing that in entering his bedroom and accessing his computer, Killian committed the offenses of criminal trespass and breach of computer security.” Baird v. State, supra. Article 38.23(a) of the Texas Code of Criminal Procedure states that “[n]o evidence obtained by an officer or other person in violation of any provisions of the . . . laws of the State of Texas . . . shall be admitted in evidence against the accused.”

This statute, then, provides an alternative basis for moving to suppress evidence; instead of having to show that law enforcement officers violated the 4th Amendment (which, of course, also applies in Texas cases), a defendant can argue either that a law enforcement officer or a private citizen obtained the evidence by violating state law.

(a) A person commits an offense if the person enters or remains on . . . property of another, including . . . a building, . . . without effective consent and the person . . .

And Texas Penal Code § 33.02(a) defines “breach of computer security” as follows: “A person commits an offense if the person knowingly accesses a computer, computer network, or computer system without the effective consent of the owner.”

In its opinion, the Court of Appeals notes that in

The first was the trial court judge’s finding that Baird

placed no limits or restrictions on Killian's access to his home, bedroom, or computer and that Baird told her to `help herself to anything,’ or words to that effect. Baird emphasizes that both he and Killian testified that Baird did not affirmatively give her explicit permission to go into his bedroom or to use his computer.

Killian said that Baird told her more than once -- and not just in the kitchen in reference to food and drink -- to help herself to anything. Because we must view the evidence in the light most favorable to the trial court's ruling, and because the trial court judges the credibility of the witnesses and the weight to be given their testimony, . . . these findings are supported by the evidence.

Baird v. State, supra. With regard to Killian’s statement that Baird told her to help herself to anything, the court noted that in

an attempt to show that he did restrict her access, Baird asserts that the record shows that he communicated to Killian that she was not to enter the roommate's bedroom or office, but her testimony does not support that assertion:

`Q. Okay. And after you went through the house with Mr. Baird on this particular occasion, just before he left, did he indicate to you that anything was off limits?’

`Q. . . .With respect to the roommate's room and his bathroom or study, I guess, did he specifically tell you not to go in there or just – '

`A. No, but I would just assume, you know, that they're roommates.’

the findings that he took no steps to protect the information on his computer through the use of passwords or other such methods (it is not disputed that the computer was not password-protected) and that Killian's access to the bedroom and computer was reasonably foreseeable to Baird. These complaints depend on Baird's interpretation that, by telling Killian to keep the bedroom door closed to keep the dog out, he was restricting her access to both the bedroom and the computer that was in it.

Based on Killian's and Baird's testimony and the trial court's determination of Killian's credibility, we reiterate that these findings are supported by the evidence.

The Court of Appeals then noted that when a defendant moves to suppress evidence under Texas Code of Criminal Procedure article 38.23(a), “on the ground it was wrongfully obtained by a private person in a private capacity, the defendant must establish that the private person obtained that evidence in violation of law.” Baird v. State, supra. Baird also challenged the trial judge’s conclusions that “in discovering the evidence on his computer, Killian did not commit any criminal offense and specifically did not commit . . . criminal trespass or breach of computer security.” Baird v. State, supra. The Court of Appeals noted that a “common element of both of these offenses is the absence of effective consent.” Baird v. State, supra (citing Texas Penal Code § 30.05(a)).

conclusions are erroneous because they are based on the above-discussed allegedly faulty findings, which we have upheld. And while we agree that the evidence shows that Baird did not give his express consent to Killian to access his bedroom and computer, the evidence supports a finding of apparent, and thus effective, consent, as discussed above.