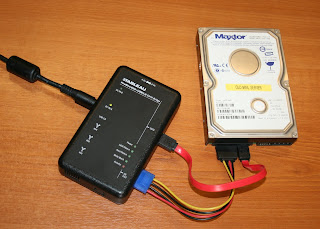 This post examines a recent New York decision that, as far as I can tell, addresses an issue of first impression in 4th Amendment law.

The case is People v. Deprospero, 932 N.Y.S.2d 789 (Supreme Court of New York – Appellate Division 2011), and it began in “2008 and early 2009” when an undercover New York State Police investigator was investigating individuals who were sharing child pornography online via peer-to-peer file-sharing networks:

[T]he investigator . . . obtained a warrant authorizing the search of [Deprospero’s] home and the seizure of his computers, including `peripheral equipment such as keyboards, printers, modems, scanners, or digital cameras and their internal or external storage media.’ When the warrant was executed on May 5, 2009, a `limited preview’ of [Deprospero’s] computer revealed an image of an unknown female child performing oral sex on a male adult. [He]was arrested, and the police seized various items of electronic equipment belonging to him, including a computer and two digital cameras.

According to the opinion, the Assistant District Attorney (ADA) who had the case did not realize the devices seized from Deprospero’s home had not been “promptly subjected to a full forensic examination by the State Police Crime Laboratory.” People v. Deprospero, supra. “[M[istakenly believing” the evidence against Deprospero “was limited to the single image of child pornography discovered during execution of the search warrant, and apparently concerned about speedy trial issues,” the ADA offered him “six months in jail and 10 years of probation in exchange for a plea of guilty to possessing a sexual performance by a child.” People v. Deprospero, supra.

Deprospero accepted, pled “guilty to a superior court information on September 17, 2009, and was sentenced as promised on November 2, 2009.” People v. Deprospero, supra.

After Deprospero was sentenced, his attorney contacted the ADA and requested that the property seized pursuant to the May 2009 warrant be returned to him. People v. Deprospero, supra. “Prior to releasing the property,” the ADA told the State Police to

examine it to ensure no contraband was returned to [Deprospero.] In January 2010, a[n] investigator found hundreds of pornographic images and videos of children on [his] computer, as well as a `deleted video clip’ on one of [his] cameras. The investigator recovered 353 still-frame images from the deleted video clip, depicting the penis of an adult male in the mouth of an autistic male child who appeared to be less than 12 years old and resided in a group home where [Deprospero] worked (hereafter, victim).

The external hard drive of [Deprospero’s] computer contained other images, pornographic and otherwise, of [him] and the victim. A physical examination of [Deprospero] in March 2010 confirmed [he] had a birthmark on his penis matching that of the adult male in the images recovered from the deleted video clip.

On August 5, 2010, Deprospero “was indicted on one count of predatory sexual assault against a child . . . and four counts of criminal sexual act in the first degree”. People v. Deprospero, supra. He then moved to suppress “the evidence seized from his computer and camera”, arguing, among other things, that “the police lacked jurisdiction to search his computer and camera once the 2009 criminal proceeding terminated.” People v. Deprospero, supra.

After holding a hearing on Deprospero’s motion to suppress, the trial judge denied the motion. People v. Deprospero, supra.

After noting that this `may be a case of first impression concerning the delayed analysis of property that has been lawfully seized,’ the court concluded that there was `nothing inherently wrong or improper about a delayed analysis or inspection of property that [has been] lawfully seized,’ that [Deprospero] did not have a legitimate expectation of privacy in the items searched by the State Police in January 2010, and that the May 2009 warrant continued to provide probable cause for that subsequent search.

The court therefore determined `that the police did not need a second search warrant to do a complete forensic analysis of the seized property prior to returning said property to the [Deprospero].’

Deprospero then pled guilty “to predatory sexual assault against a child, admitting that, at some point between September 25, 2006 and December 25, 2007, he engaged in oral sexual contact with a child less than 13 years of age.” People v. Deprospero, supra.

After being “sentenced to an indeterminate term of 18 years to life,” he appealed, which eventually led to the opinion we’re examining. People v. Deprospero, supra.

After considering the “novel issue” Deprospero raised on appeal, the Appellate Division concluded that the trial judge ““properly refused to suppress evidence uncovered in the January 2010 search of property seized pursuant to the May 2009 warrant.” People v. Deprospero, supra. The appellate court found that “[w]hile it is indeed the case that the examination at issue of [Deprospero’s] property occurred after sentencing on another charge and followed [his[ request for the return of such property,” the search did not violate Deprospero’s 4th Amendment rights “for a number of reasons.” People v. Deprospero, supra.

The first was that, according to this court, Deprospero did not provide any support for

his contention that the authority to search his property pursuant to the May 2009 warrant terminated at the conclusion of the 2009 prosecution, and we reject that contention. The search warrant directed the police to seize, inter alia, [Deprospero’s] computers, external drives, storage media, and cameras, and `authorize[d] the police agency to retain said property for the purpose of further analysis and examination.’

There was no deadline in the warrant for completion of the forensic examination and analysis, `nor [does] the 4th Amendment provide [ ] for a specific time limit in which a computer may undergo a government forensic examination after it has been seized pursuant to a search warrant’ (U.S. v. Hernandez, 183 F.Supp.2d 468 (U.S. District Court for the District of Puerto Rico 2002)). . . .

[Deprospero’s] arrest and the seizure of his property was part of a large-scale operation targeting child pornography, and that it was his understanding that the State Police Crime Laboratory would be analyzing all property uncovered in the investigation. It was not until [Deprospero] requested the return of his property that the ADA spoke to the State Police and realized that not all the property had been tested by that time.

A senior investigator at the State Police Crime Laboratory testified that evidence sent there is analyzed on a `triage’ basis, with priority given to certain cases, such as those involving a live victim, cases going to trial, or cases in which no arrest has been made. Here, because the limited preview of [Deprospero’s] computer by the police during execution of the search warrant yielded a single image of child pornography and defendant pleaded guilty to possessing a sexual performance by a child . . . , the [Deprospero] requested its return in November 2009. Under those circumstances, the delay in searching [his] property was not unreasonable. . . .

(The fact that, according to the Appellate Division, the search was conducted within a “reasonable” period of time is important under the 4th Amendment because, as I’ve noted before, it prohibits “unreasonable” searches and seizures. As to what constitutes a “reasonable” period of time, courts have held that the “requirement of promptness is qualified by the practicalities and exigencies that the executing officer faces.” 79 Corpus Juris Secundum Searches and Seizures § 263 (Thomson West 2011).

The Appellate Division also rejected Deprospero’s argument that the delayed search violated his 4th Amendment rights because “he was entitled to the immediate return of his property upon his demand for that property after sentencing on his 2009 conviction”. People v. Deprospero, supra. It agreed “with the People that the police had an obligation to search defendant's property for contraband before returning it to him” and noted that “returning contraband, i.e., child pornography, to a defendant would constitute a crime.” People v. Deprospero, supra.

The Appellate Division explained that once Deprospero’s “property had been lawfully seized pursuant to the May 2009 warrant, he lacked a legitimate expectation of privacy in that property, notwithstanding the passage of time”. People v. Deprospero, supra.

If Deprospero no longer had a legitimate – or reasonable – expectation of privacy in the property, then the officers’ examining it would not constitute a 4th Amendment search. If their examination did not constitute a “search” under the 4th Amendment, it follows that the examination could not have resulted in a violation of Deprospero’s rights under that amendment which would require the suppression of evidence.

these judges are RETARDED! no way 12-15 months could possible be considered speedy or part of the ORIGINAL SEARCH WARRANT!

If anything the man had a hell of a good defense by claiming "no clue what you found. Maybe the police put it there after my case!

makes as much sence as THIS STUPIDIYT!

But if the picture is of you (or your body part), then the passage of time or custody has no relevance as it does not change the fact that the picture is what it is and shows what it shows - the dude's weiner in a boy's mouth!