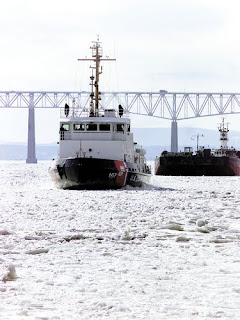 This post deals with an issue I’ve discussed before – authenticating emails – but this time the issue arises in a context quite different from the ones I’ve written about before.

As I’ve noted, the rules of evidence that apply in trials in U.S. federal and state courts all require that, in order for a prosecutor or defense attorney to introduce evidence, the evidence must first be “authenticated.” As I’ve also noted, to “authenticate” evidence, a prosecutor or defense attorney must, basically, show that it is what it purports to be.

She appealed her conviction, arguing, among other things, that the trial judge erred in admitting into evidence “without proper authentication, certain email messages she purportedly sent”. State v. Ruggiero, supra.

This, according to the state Supreme Court, is the case arose: Kristin married Jeffrey Ruggiero in August of 2001 and “divorce proceedings commenced” in 2007. State v. Ruggiero, supra. In November of 2007, she and her boyfriend, Brendan Bisbee” moved to San Jose, California; and in 2007 Jeffrey Ruggiero, “a member of the United States Coast Guard, was stationed in Charleston, South Carolina”, where he met Jean Backus (“Jean”). State v. Ruggiero, supra.

Kristin, on the other hand, contacted Jeffrey and Jean in South Carolina through

text messages, telephone calls and e-mails. Jeffrey also received anonymous text messages from `811.com,’ as well as telephone calls from `843–298–1057 (the `1057 phone’), a prepaid T–Mobile cellular telephone. Although Jeffrey and Jean did not recognize the 1057 number, they recognized the caller's voice as [Kristin’s]. On several occasions, Jean used a video camera to capture the image of the 1057 number on Jeffrey's cell phone screen and record [Kristin’s] voice.

Later investigation of the 1057 number revealed that the person who activated the phone did not supply an address, but did provide the name `Jeffrey’ and Jeffrey's birth date during activation. As a result of [Kristin’s] repeated contact, Jeffrey changed his cell phone number several times, but he continued to receive communications from [Kristin].

In December 2007, Jeffrey was charged with certain offenses relating to violation of the restraining order. After a trial in April 2008, he was found guilty, but sentencing was delayed pending a pre-sentence investigation report. [Kristin] was upset that Jeffrey was not jailed immediately after his conviction, and claimed she was `terrified’ he might kill her. Eventually, Jeffrey was sentenced to a term in jail.

On May 4, 2008, within a thirty-minute period, twelve text messages were sent from the 1057 phone to `617–833–9495,’ [Kristin’s] Verizon Wireless cell phone number. Shortly after receiving the last text message, [Kristin] called the police from her parents' home in East Kingston and reported that Jeffrey had violated the restraining order. . . . East Kingston Police Officer Iannuccillo was dispatched.

After Iannuccillo arrived at the house, [Kristin] gave him a handwritten log of the text messages she claimed Jeffrey sent her from the 1057 phone. Iannuccillo called the 1057 number, but received a computer-generated voicemail message. Because [Kristin] expressed fear that Jeffrey might be in New Hampshire, the officer tried to locate him, but was unsuccessful. The next day, after further investigation by Police Chief Simpson, Jeffrey was located in South Carolina. He denied violating the restraining order. After additional investigation, Chief Simpson obtained an arrest warrant for Jeffrey.

After the May 4 incident, Kristin emailed “a number of people including . . . Kingston prosecutor, Attorney Heather Newell, Assistant Attorney General Lucy Carrillo, and various Coast Guard officials.” State v. Ruggiero, supra. The emails repeated her “allegations about the May 4 text messages and sought assistance in pursuing her case against Jeffrey.” State v. Ruggiero, supra.

containing `a CD video disk, some e-mails, police reports and . . . pictures.’ Jeffrey and Jean also authorized Simpson to access their online cell phone accounts. Simpson recognized the 1057 number in the video recordings from Jean as the number from which [Kristin] allegedly received the twelve May 4 text messages.

After further investigation, including searches of cell phone tower locations, additional records for the 1057 phone, and [Kristin’s] travel records, a warrant was issued for [her] arrest in September 2008. The warrant against Jeffrey was rescinded, and his April 2008 conviction was later vacated.

More precisely, her defense attorney argued, at trial, that under New Hampshire’s Rule of Evidence 901,

[all of the e-mail messages . . .] should have been authenticated by either obtaining the [e-mails] directly off [Kirstin’s] computer, by obtaining them from the server through which the [e-mails] were sent, or through other means of proper authentication to include, in fact, evidence that [Kristin] spoke about in e-mails and the subject matter in the [e-mails], or that someone witnessed [her] sending [e-mails].

The Supreme Court began its analysis of both parties’ arguments by noting that New Hampshire Rule of Evidence 901(a) states that “[t]he requirement of authentication . . . as a condition precedent to admissibility is satisfied by evidence sufficient to support a finding that the matter in question is what its proponent claims.” State v. Ruggiero, supra. It explained that “[t]he proof necessary to authenticate e-mail messages is an issue of first impression in New Hampshire”, but since “the federal rule of evidence is identical to our State rule, . . . we therefore look to federal cases for guidance.” State v. Ruggiero, supra.

The Supreme Court then reviewed federal cases addressing the authentication of emails. State v. Ruggiero, supra. It noted that federal courts have held that emails, like other evidence, can be authenticated by relying on circumstantial evidence and that the proponent of such evidence need not “`prove beyond any doubt that the evidence is what it purports to be’”. State v. Ruggiero, supra (quoting U.S. v. Gagliardi, 506 F.3d 140 (U.S. Court of Appeals for the 2d Circuit 2007)). The Supreme Court found that under this standard the prosecution was only required to “demonstrate a rational basis from which to conclude that the exhibit did, in fact, belong to the defendant.” State v. Ruggiero, supra.

The Supreme Court then summarized how, precisely, emails can be authenticated:

Moreover, `[t]he contents of the e-mail may help show authentication by revealing details known only to the sender and the person receiving the message.’ Lorraine v. Markel American, supra. However, `[b]ecause of the potential for unauthorized transmission of e-mail messages, authentication requires testimony from a person with personal knowledge of the transmission or receipt to ensure its trustworthiness.’ Lorraine v. Markel American, supra.

The Supreme Court then explained precisely how the prosecution authenticated each of the four e-mail messages at issue: State’s Exhibits 19, 20, 21 and 22. State v. Ruggiero, supra. It began with Exhibit 22, an email “describing the May 4, 2008 incident”:

Assistant Attorney General Carrillo testified that: (1) she was `CC'd’ on the e-mail message; (2) the message `was from [Kristin], and . . . [it] talked about some of the issues that [Carrillo and Kristin]] had talked about’; and (3) the message came from `kvpoperations@gmail.com,’ an e-mail address [Kristin] had previously used to communicate with her. [Kristin] testified that `kvpoperations@gmail.com’ was one of her many e-mail addresses.

In addition, Attorney Newell testified about the contents of the e-mail. She explained that the reference in the e-mail to the text messages being from Jeffrey's personal cell phone number rather than an 811.com number was because they `had dealt with that issue in the past, that text messages had seemed to have come from an 811.com.’ She testified that State's Exhibit 22 was basically `follow up to what [Kristin] reported on May 4’ to the East Kingston police.

As to Exhibit 21, the court explained that Carrillo also testified that she received it, an

(e-mail regarding `BM 1 Eppright’) from [Kristin’s] `kvpoperations @gmail.com’ e-mail address. Carrillo `remember[ed] the substance’ of the e-mail message, `that . . . a friend of Jeffrey . . . was going to, quote, “screw [the defendant] over.”’ Carrillo also identified the various recipients of the e-mail, noting that these were `the type of people that would get CC'd on a lot of these [e-mails] from [Kristin]. Additionally, Attorney Newell confirmed that she received State's Exhibit 21 and testified as to its contents.

As to Exhibit 19, Carrillo testified that although she was not familiar with the

top portion of Exhibit 19 (e-mail regarding alleged additional restraining order violations by Jeffrey), which contained an e-mail to Attorney Newell that Carrillo was not copied on, she did recognize the bottom half of the e-mail. She testified that the e-mail was sent from `kvpoperations @gmail.com’ to her business e-mail address, as well as to the email addresses of Attorneys Newell and Theroux.

In addition, Carrillo described the content of the message, and testified that the e-mail discussed the report [Kristin] recently made to the East Kingston police regarding email messages she received. Further, Attorney Newell testified that she recalled answering [Kristin’s] inquiry in the e-mail about `getting a case number for the [May 4] report that she made.’

Since the Supreme Court found that the emails were properly authenticated and therefore properly admitted into evidence at trial, and since it rejected Kristin’s other arguments on appeal, it affirmed her conviction. State v. Ruggiero, supra.

If you’d like to read a news story about this case and about additional charges that were brought against Kristin based conduct apparently intended to influence the outcome of her trial, check out the story you can find here. And the blog entry you can find here says Kristin is serving a 7-15 year prison sentence and that Jeffrey received a promotion and is trying to regain custody of his daughter.

Posted by Susan Brenner at 1:05 PM

It seems strange that the same type of "evidence" that was falsified to convict the guy was then found to be reliable enough to convict this girl.

Electronic 'evidence' is so easy to falsify that it is ridiculous. A Google search using the term "how to falsify an email" yielded 4,820,000 results.

Here are ten easy steps one can use to make fake emails. http://www.wikihow.com/Forge-Email

I am surprised that you did not mention the fact that this girl is now dead having died in prison just hours have the State Supreme Court affirmed her convictions. She died Dec. 28th. They said she had some kind of seizure.

She and the guy had a nine year old daughter together.

Another interesting note is that the Supreme Court, in affirming her convictions, ruled that:

"In upholding Ruggiero's conviction, the Supreme Court ruled for the first time that recordings made in a state that permits covert audio and videotaping by one party are admissible in New Hampshire, even though the same evidence would not be admissible if it were recorded in New Hampshire.

"None of the calls to Jeffrey originated in New Hampshire," the court wrote. "Finally, the calls were legally intercepted in South Carolina, not New Hampshire."

The boyfriend of the girl, a 10 yr police officer in Mass., just got convicted and given a 2 to 4 year prison sentence for his part in this nonsense.

The girl's mother is awaiting trial for her role in making fake evidence. Also, the ex-husband's BROTHER is also facing trial, too, for perjury and making false evidence!!

Accusation's like these is hard to determine the authenticity especially if involve emails, cel.nos through voice mail. If you don't have enough tools to determine all of this,would be hard.