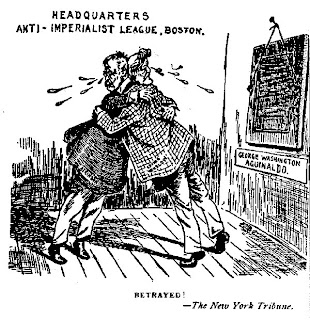 In that post (“Friends” – Part I), I reviewed a bar ethic committee’s ruling on the questions submitted by an unidentified attorney.

As I explained, the attorney asked about the ethical permissibility of having a “third person” approach a woman who was going to testify in an upcoming case involving his client. She wasn’t a party to the litigation, but her testimony would help the party on the other side of the litigation; in other words, it would not help the attorney’s client, and would probably damage that party’s position in the litigation.

Here, to refresh your recollection or bring you up to speed if you haven’t read the earlier post, is the scenario this attorney ran by the Pennsylvania Bar ethic committee:

In my last post I reviewed the specific ethical issues the attorney’s question raised and summarized how the Pennsylvania Bar ethics committee dealt with most, but not all, of them. I said I’d do another post to analyze whether the scenario the attorney outlines would require the suppression of evidence if it were implemented as part of a criminal investigation.

Let’s assume, therefore, that a prosecutor proposes to use the identical tactic to gain access to information on the MySpace and Facebook pages maintained by a woman who is peripherally involved in an ongoing drug distribution operation. Let’s make the analysis more interesting by assuming that the woman – Jane Doe – is married to a man who plays a major role in the operation; Jane knows he’s involved in the drug trade but she, herself, has nothing to do with the operation’s criminal activities. But her husband, John, occasionally tells her things about others involved in the operation.

The prosecutor – Mary Roe – is working with local police on an investigation of the drug ring. They’ve been quite successful in building a case against John Doe and the others who are involved in the drug operation, successful enough that they will be able to bring charges against them based on the evidence they’ve already collected. The prosecutor, though, would like to gain access to Jane’s MySpace and Facebook pages because she suspects Jane has posted comments, photos or other information that could be useful in Roe’s case in chief (the evidence she presents at trial) and/or to impeach (discredit) those who testify for the defense.

Roe therefore has two of the officers (Smith and Jones) involved in the investigation create MySpace (Smith) and Facebook (Jones) accounts, respectively, and use them to contact Jane Doe. Roe instructs Smith and Jones to contact Jane and ask to become her friend on MySpace (Smith) and Facebook (Jones). Let’s assume they do so and Jane Doe befriends both of them. Since I’m trying to keep this scenario as similar to the one I addressed in my earlier post, we’ll assume that all Roe wants the officers to find is information Jane Doe has already posted on her MySpace and Facebook pages. We are not, in other words, assuming they’re going to try to get her to give them new information about her husband’s or others’ involvement in the drug operation.

That’s the issue I want to take up here. In declining to decide if the attorney could use the evidence, the Pennsylvania ethics committee said the issue was “beyond the scope” of its responsibility and was “a matter of substantive and evidentiary law to be addressed by the court” if his case went to trial. Pa. Ethics Opinion Number 2009-02 (March 2009). In so doing, the Pennsylvania ethics committee did something similar to how U.S. law once dealt with violations of constitutional rights.

As Wikipedia explains, it wasn’t until 1961 that U.S. law employed the exclusionary rule – the principle that illegally obtained evidence can’t be used at trial – to enforce the 4th Amendment and other constitutional provisions that limit what officers can do in the course of investigating crimes. Until 1961, the default rule in the U.S. was that illegally obtained evidence was admissible as long as it met the requirements imposed by the applicable rules of evidence. The remedy for the officers’ violating the Constitution was to sue the officers, try to have them prosecuted or try to have them disciplined. It looks to me like the Pennsylvania ethics committee did something similar, i.e., it separated the ethics issues from the consequences of violating ethical rules.

That, though, is not relevant to this analysis. We’re assuming Mary Roe operates in a jurisdiction the ethics committee of which takes the same position on the admissibility of evidence obtained from the scenario we’re positing as the Pennsylvania committee. But we’re no longer focusing on the ethical rules; the issue we’re going to analyze is whether what Roe had the officers do violated any constitutional rules and, in so doing, triggered the application of the exclusionary rule.

I think the answer is clearly “no.” The only two rules I can see that could apply here are the 4th and 5th Amendments.

There’s another reason why the 4th Amendment wouldn’t apply, and it goes to the use of what the law calls the “false friend” tactic. As the Supreme Court said in Hoffa v. U.S., 385 U.S. 293 (1966), it has never held that the 4th Amendment “protects a wrongdoer's misplaced belief that a person to whom he voluntarily confides his wrongdoing will not reveal it.” And in U.S. v. Connors, 441 F.3d 527 (U.S. Court of Appeals for the 7th Circuit 2006), a federal appellate court observed, “[w]hen a friend is false, blame the friend, not the government.”

The Does’ only other option is the 5th Amendment, which clearly doesn’t apply. As I noted in an earlier post, the 5th Amendment privilege against self-incrimination only comes into play when (i) you are compelled (ii) to give testimony (iii) that incriminates you. For the purposes of this analysis, we’ll assume that what was posted on Jane’s MySpace and Facebook pages incriminated her. We’ll also assume that what was posted was “testimony” because some of it, anyway, consisted of messages and other communications.

Jane’s problem, as far as taking the 5th is concerned, is that she wasn’t “compelled” to write and post the information online. The Supreme Court has held that if you voluntarily create documents (and whatever content is posted online is analogous to hardcopy documents), you cannot take the 5th Amendment as to the contents of those documents because you weren't compelled to create them. For the purposes of applying the 5th Amendment, if you voluntarily generate comment (oral testimony or writings like letters or emails), you've waived the 5th Amendment privilege as to that content.

Under the 5th Amendment, “compulsion” requires that a court have ordered you to give testimony, which means you have to testify or be held in contempt and be locked up until you do. No one made Jane Doe post this information online and then share it with Smith and Jones, so the 5th Amendment doesn’t work, either.

Finally, you might wonder about the applicability of the Miranda rules. As I noted in a recent post, Miranda is a construct – a set of prophylactic rules the U.S. Supreme Court made up in order to restrict police officer’s ability to use psychological coercion to get people to confess in police interrogation rooms. For Miranda to apply, you have to be in police “custody” which, as I noted in that post, means you have to either (i) be under arrest or (i) have been restrained by the police in a manner similar to a formal arrest. Since Jane Doe wasn’t in custody when she created the MySpace and Faceebook pages or when she gave Smith and Jones access to them, Miranda doesn’t apply, either.

It looks like the evidence would be admissible, as long as it meets the requirements of the applicable rules of evidence.

Your scenario about the officers acting for and in behalf of a Prosecuting Attorney is interesting in light of the facts that I have been an Internet Crime Investigator for many years now. Almost all of the Investigators worth their salt in that field would never need to be asked by the prosecutor to do that Facebook/MySpace "research." It would be and is done upfront. The Attorney would then never need to be involved in any ethical issue. I also agree on your analysis that it does not meet 4th or 5th amendment issues since the suspect allows the user to see their site.