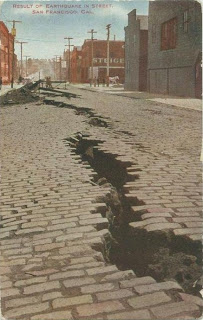 Last Wednesday a federal court of appeals issued an opinion that’s going to have an impact on how law enforcement searches for and seizes electronic evidence.

I called this post “earthquake” because the decision is definitely going to shake things up in this area; whether it’s a 2.0 or a 9.0 on the digital Richter scale depends on how well it’s received by other courts. I’ll return to that issue after I describe and analyze the opinion.

The opinion is U.S. v. Comprehensive Drug Testing, Inc., 2009 WL 2605378 (U.S. Court of Appeals for the Ninth Circuit 2009). It arose from the investigation into steroid use by professional baseball players; in 2002, the Major League Baseball Players and Major League Baseball entered into a collective bargaining agreement that provided for drug testing of all players. Comprehensive Drug Testing (CDT) collected the specimens to be tested; Quest Diagnostics, Inc., performed the actual tests.

In the course of the investigation, federal agents developed probable cause to believe 10 players had tested positive for steroids. They got a warrant authorizing them to search CDT’s facilities for records pertaining to these 10 players. But when they executed the warrant, the agents “seized and promptly reviewed the drug testing records for hundreds of players in Major League Baseball”. U.S. v. Comprehensive Drug Testing, Inc., supra. CDT moved for return of the seized property pursuant to Rule 41(g) of the Federal Rules of Criminal Procedure, and that began a course of litigation that’s lasted for years.

I’m not going to attempt to summarize the motions and rulings and appeals that have gone on in this litigation. If you check out this most recent opinion, you’ll get a good idea of what’s gone on. It looks to me like this opinion is something more than just another round in the battle between CDT and the federal government; it looks to me like the Ninth Circuit Court of Appeals decided to use this case as the occasion to address issues that had presumably been troubling the judges for some time.

I base that conclusion on language in the opinion and on the fact that this opinion was issued by an en banc Court of Appeals; as Wikipedia explains, federal appeals are usually heard by 3 Court of Appeals judges. A federal Court of Appeals can, if a majority of the judges that compose that court so decide, have an appeal heard by a majority of the judges on the court; as Wikipedia explains, en banc appeals in the Ninth Circuit are heard by 11 of the court’s 28 appellate judges. As Wikipedia notes, under federal law en banc proceedings “are disfavored but may be ordered . . . to maintain uniformity of decisions within the circuit or if the issue is exceptionally important.” I’m guessing that both factors prompted the en banc hearing in this case.

What’s extraordinary about this opinion is that after going through all the discrete issues involved in the appeal, the en banc court outlines guidelines officers must follow when they conduct computer searches and seizures: “When the government wishes to obtain a warrant to examine a computer hard drive or electronic storage medium in searching for certain incriminating files, or when a search for evidence could result in the seizure of a computer, . . . magistrate judges must be vigilant in observing the guidance we have set out throughout our opinion”. U.S. v. Comprehensive Drug Testing, Inc., supra. The court then summarizes the five principles that constitute this “guidance”:

1. Magistrates should insist that the government waive reliance upon the plain view doctrine in digital evidence cases.

2. Segregation and redaction must be either done by specialized personnel or an independent third party. If the segregation is to be done by government computer personnel, it must agree in the warrant application that [they] will not disclose to the investigators any information other than that which is the target of the warrant.

This reinforces the issue noted above, i.e., the concern that by seizing a mass of digital evidence investigators can leverage the forensics process to find evidence that is not within the scope of the warrant and as to which they did not have the probable cause needed to obtain another warrant.

The en banc court found that this is necessary to prevent the government from using “theoretical risks” of data destruction to persuade magistrates to issue search warrants and/or expand the scope of digital search warrants.

4. The government’s search protocol must be designed to uncover only the information for which it has probable cause, and only that information may be examined by the case agents.

Again, the en banc court found that this is necessary to prevent investigators from unconstitutionally expanding the scope of the search that is authorized by a warrant.

5. The government must destroy or, if the recipient may lawfully possess it, return non-responsive data, keeping the issuing magistrate informed about when it has done so and what it has kept.

Here, too, the court is concerned about investigators’ manipulating the warrant process: “When . . . the government comes into possession of evidence by circumventing or willfully disregarding limitations in a search warrant, it must not be allowed to benefit from its own wrongdoing by retaining the wrongfully obtained evidence or any fruits thereof.” U.S. v. Comprehensive Drug Testing, Inc., supra. The court also noted the need to return non-responsive data under the basic rule I discussed in an earlier post.

That’s just an abbreviated summary of what the en banc court did in this case. What do I think of the opinion? Well, I’m amazed.

I’m not amazed by the concerns the court raises because I, too, share some of those concerns. I’m amazed that a federal Court of Appeals has essentially announced a rule book for digital searches and seizures.

And mostly, I’m wondering if the court has the power to do that. I just did some basic research to see if I could find any cases (or law review articles or treatises) that say a court can require law enforcement officers to waive a 4th Amendment exception in order to obtain a search warrant. I didn’t find anything, which doesn’t surprise me.

It looks to me like what the en banc court has done is analogous to what some federal district courts did a few years ago. Those courts required the government to submit, and to follow, a search protocol whenever it obtain a digital search warrant; the notion was to ensure that the analysis of the seized data (the “search”) didn’t exceed the scope of the warrant itself. We don’t hear much about search protocols any more because a number of federal Courts of Appeals (including the Ninth Circuit) have held that protocols aren’t necessary because the OBJECT of the search serves to narrow the search itself. That is, they said that if agents are looking for child pornography, the fact they’re looking for child pornography is enough to keep the search within the scope of the warrant. (That’s oversimplifying a bit, but this post is already quite long.)

What the Ninth Circuit’s done has the potential to re-ignite a debate that was ranging when a few lower federal courts were requiring protocols. The issue in the debate is the role of the magistrate who issues a search warrant: Is, as the government will argue, the magistrate’s role limited to the essentially clerical process of reviewing a search warrant to see that it’s based on probable cause, specifically describes the place to be searched and the item(s) to be searched for? Or can the magistrate who issues a search warrant use the warrant to impose restrictions on how the government (i) executes the warrant (seizes data) and (ii) analyzes the data once it’s been seized?

The magistrates who were requiring protocols argued that under the 4th Amendment they’re responsible for ensuring that the execution of a search warrant – as well as the issuance of a warrant – complies with the requirements of the 4th Amendment . . . which means that they have the constitutional authority to impose requirements on the government’s execution of a warrant. It looks to me like the en banc Ninth Circuit’s opinion is at least implicitly based on the latter theory.

So . . . if a lot of other federal and state courts buy into the Ninth Circuit’s opinion, then the decision is likely to have a major impact on digital search and seizure law. If only a few (or none) buy into it, then the impact will be limited to the courts in the states that comprise the Ninth Circuit.

And then there is that other possibility: The Department of Justice might try to take this issue to the U.S. Supreme Court, in the interests of resolving the issue I noted above once and for all.

Posted by Susan Brenner at 3:33 PM