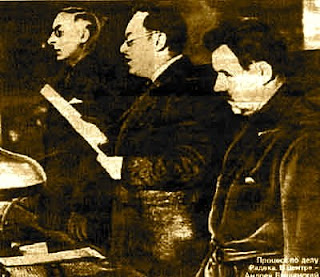 This post is about the rule -- which derives from a U.S. Supreme Court case -- that sets limits on how many criminal charges can arise from a single set of facts.

As I explained in a post I did last year, charging documents like indictments and informations contain “counts,” each of which charges the defendant(s) with committing a distinct crime.

This post is about two cases, in each of which the defendant claimed the prosecution impermissibly charged the same crime in two different counts.

We’ll start with U.S. v. McCain, 2009 WL 1405520 (U.S. District Court for the Middle District of Alabama 2009). Donald McCain “was charged in a two-count indictment, with knowingly receiving and distributing child pornography (Count One) and knowingly possessing child pornography (Count Two).” U.S. v. McCain, supra. He moved to dismiss the indictment on the grounds that “the two counts `address the same conduct,’ and that “Double Jeopardy jurisprudence as held by Blockburger and its progeny, requires that only a single conviction may lawfully be imposed.’” U.S. v. McCain, supra.

As the Alabama federal district judge explained, the Double Jeopardy Clause of the 5th Amendment to the Constitution states that no one

shall be `subject for the same offence to be twice put in jeopardy of life or limb. . . . The Double Jeopardy Clause `[protects] a defendant against cumulative punishments for convictions on the same offense.’ Ohio v. Johnson, 467 U.S. 493, 500 (1984). `The . . . rule is that, where the same act or transaction constitutes a violation of two distinct statutory provisions, the test to be applied to determine whether there are two offenses or only one, is whether each provision requires proof of a fact which the other does not.’ Blockburger v. United States, 284 U.S. 299, 304 (1932).

McCain apparently believed, initially, that the government was using the same images – all of which were found in his computer – as the basis for both counts. When he learned “Count One . . . was based on approximately 676 child pornography image files Defendant had knowingly emailed to another person from 31 January 2003, to 9 June 2003, and Count Two was based on the hundreds of other images of child pornography found on [his] computer in 2007”, he backed off his initial double jeopardy argument. U.S. v. McCain, supra.

I assume he did this for two reasons. One, presumably, is that his lawyer concluded that the use of the different images barred McCain from making a conventional double jeopardy argument under the Blockburger standard. For double jeopardy purposes, the charges against McCain are analogous to, say, charging someone with two crimes for possessing two different, but equally illegal, weapons. In a possession offense, if the prosecution divided the items possessed into factually and logically discrete categories, then each category should support a distinct possession charge (depending, so some extent, on what is being possessed. I assume someone could be charged with 500 counts of possessing drugs if they were caught with 500 pills containing a controlled substance, but I really doubt a prosecutor would do that.)

The other reason is legal, rather than factual. As the federal judge noted, the indictment didn’t violate double jeopardy under the Blockburger test because McCain was charged “with distribution of one set of child pornography images and knowingly possessing a computer containing another set of child pornography images. The acts of distribution constitute a different violation than the possession charges. U.S. v. McCain, supra.

But McCain didn’t give up on making a double jeopardy argument. Instead, he argued “the Court should go beyond the Blockburger analysis and determine the issue based on equity and congressional intent to authorize cumulative punishments for both the distribution and possession of child pornography images during the same criminal episode.” U.S. v. McCain, supra. McCain lost on this argument, for two reasons.

The other reason he lost is that the judge parsed his “cumulative punishment” claim and found it wanting. He based the claim on a sentence in a 1996 U.S. Senate Report: “the elimination of child pornography and the protection of children from sexual exploitation provide a compelling governmental interest for prohibiting production, distribution, possession, sale or viewing of visual depictions of children engaging in sexually explicit conduct”. U.S. Senate Report 104-358 (1996).

McCain claimed the sentence showed that “Congress wished to prohibit the prosecution of individuals for both possession and distribution”:

[His] argument appears to be hinged on the fact that the words `distribution’ and `possession’ appear contiguous in the . . . sentence. While Congress may have intended to address both possessing and distributing child pornography in the . . . Child Pornography Prevention Act of 1995 (`the Act’), there is nothing to suggest that they intended possessing and distributing to be considered the same act.

And, finally, McCain conceded that “the sentencing schemes created by Congress include stiffer penalties for those convicted of distribution compared with those convicted of possession.” U.S. v. McCain, supra. The judge therefore held that McCain’s extrapolated double jeopardy argument failed: “here is nothing in this Report to suggest that Congress intended to prohibit or even discourage the prosecution of persons for both possession and distribution of child pornography.” U.S. v. McCain, supra.

The other case is U.S. v. Fisher, 2008 WL 2471891 (U.S. Navy-Marine Corps Court of Criminal Appeals 2008). A military judge sitting as a general court-martial convicted Timothy Fisher of “one specification of receiving child pornography and one specification of possessing child pornography, in violation of [18 U.S. Code §§ 2252A(a)(2) & (a)(5)), respectively, as assimilated under Article 134, Uniform Code of Military Justice. U.S. v. Fisher, supra.

The prosecution as based on 27 digital images and a digital video of child pornography, all of which were found on Fisher’s “personal laptop computer”. U.S. v. Fisher, supra. Fisher admitted using Limewire and ICQ File to search for

child pornography from the Internet. He downloaded these images into specific files or folders on the hard drive of his laptop computer. He further admitted purposefully moving files containing the images from the `Limewire’ folder to his `My Documents’ folder.

Fisher appealed his conviction, arguing, in party, that the receiving and possessing child pornography charges were, in fact, only one crime. In ruling on his argument, the court applied the Blockburger test which, as noted earlier, says that if each charge requires proof of a fact which the other does not, then they aren’t the same offense and the defendant can be prosecuted for, convicted of and punished for both. Like McCain, Fisher lost. The military Court of Appeals found there was a factual

U.S. v. Fisher, supra. I agree with the court’s analysis to this point, but the judge who wrote the opinion added a rationale I’m not sure I agree with:

U.S. v. Fisher. The court held that the fact the possession specification (which I’m assuming is the same as a charge in an indictment?) required proof of a laptop with child pornography on it, and the receiving child pornography specification presumably did not, this, too, established that the crimes were distinct under Blockburger. When crimes are distinct under Blockburger, the defendant can, as I noted earlier, be prosecuted for, convicted of and punished for both.

Posted by Susan Brenner at 6:31 AM