The 4th Amendment, the Cell Phone and “Inevitable Discovery” 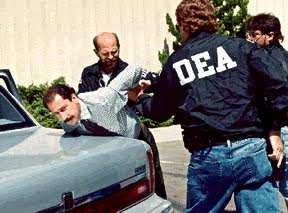 That bit of preface brings us to the U.S. Court of Appeals for the 5th Circuit’s recent decision in U.S. v. Ochoa, __ F.3d __, 2012 WL 104997. A convicted Johnny Ochoa Jr. of “conspiracy to possess with intent to distribute at least five kilograms of cocaine and unlawful use of a communication facility, in this case a cell phone.” U.S. v. Ochoa, supra. After being sentenced to 235 months and 48 months in prison on both charges, the sentences to run concurrently, he appealed. U.S. v. Ochoa, supra.

On appeal, Ochoa argued that the trial judge “erred in denying his Motion to Suppress information obtained from his cell phone”. U.S. v. Ochoa, supra. To understand Ochoa’s arguments on appeal, you need to understand how the case arose:

While patrolling the area south of Uvalde, Texas, Border Patrol Agent Gomez received a dispatch over the radio to be on the lookout for a small, two-tone truck. Shortly thereafter, Gomez saw the truck, which was driving approximately 100 miles per hour in the rain, and followed it into a gas station. He noticed the driver was gripping the steering wheel and looking in the rearview mirror repeatedly. Gomez also noticed the truck did not have license plates. Accordingly, he decided to initiate a stop of the truck when it left the gas station.

The driver identified himself as Jesus Guerra and [said] he was traveling to Uvalde to pick up his grandmother. When questioned further, however, Guerra did not know the route to Uvalde. Gomez noticed the license plates were on the dashboard of the truck and asked why they were not on the truck, but Guerra did not have a good explanation. . . . Guerra gave consent for Gomez to search his truck. Gomez and another agent found six packages of cocaine in the truck with a total value of $150,000 in the floorboard of the truck and arrested Guerra.

Agents from the Drug Enforcement Administration (DEA) arrived to question Guerra. . . . Guerra. . . told [them] he was delivering the cocaine to Waco for Armando Lopez. . . . Lopez had given him a phone number (`the 254 number’) for a person identified as `Julio4,’ with instructions to call him when he arrived in Waco. Guerra agreed to cooperate with the DEA agents to make a controlled delivery. . . .

Lopez told Guerra to identify himself as `Eagle Pass,’ and the recipient of the drugs would identify himself as `Waco.’ The 254 number was in the ashtray of the truck when he retrieved it from the WalMart in Eagle Pass. . . . The agents arranged for Guerra to run his hands through his hair, a `bust signal,’ to indicate he had made contact with Waco.

As Guerra drew near Waco, he called the 254 number and was told to stop at the gas station at exit 334A. Following the direction of the DEA agents, Guerra told Julio4 he had missed his exit and was at the Exxon station at exit 334B. He was told Waco would be there in five minutes. Approximately seven minutes later, Guerra saw a vehicle pass through the parking lot; the driver was on his cell phone. Moments later, Guerra received a phone call from Julio4 telling him everything was okay and that he was to follow the car. The vehicle stopped behind Guerra's truck. Guerra walked up to the open window, and the driver identified himself as Waco and asked if Guerra was Eagle Pass. Guerra gave the bust signal. He later identified the driver of the vehicle as . . . Johnny Ochoa. The agents arrested Ochoa and gave him his Miranda warnings on the way to the DEA office.

One of the agents, Agent Pennington, drove Ochoa's car to the DEA office. While he was driving, he heard a cell phone ring several times but could not find it. When the . . . agents arrived at the DEA office, Agent Hundley located the phone and gave it to Officer Thrash. Thrash looked through the contact list and located the 254 number Guerra had called earlier in the evening under the nickname `Julio4.’ Although there were no phone calls directly between Ochoa and Guerra, phone records submitted by the government confirmed that Ochoa had been in contact with Julio4 six or seven times that evening.

With regard to the cell phone, Ochoa’s first argued that the DEA agents did not have probable cause to arrest him. U.S. v. Ochoa, supra. Since, as this site notes, an arrest is a 4th Amendment “seizure,” and since the 4th Amendment explicitly requires that to be “reasonable” a seizure must be based on probable cause, Ochoa was arguing that the arrest violated the 4th Amendment. I’m assuming, since the opinion doesn’t say, that this was part of his argument that the court should have suppressed the information found in his cell phone, i.e., he was arguing that if the arrest wasn’t valid, the search of the cell phone wasn’t valid because it was the result (the “fruit”) of the arrest.

The argument didn't work. The Court of Appeals noted, in analyzing it, that a

warrantless arrest is justified if the arresting officers had probable cause to believe that the defendant committed a felony. . . . `Probable cause for a warrantless arrest exists when the totality of the facts and circumstances within a police officer's knowledge at the moment of arrest are sufficient for a reasonable person to conclude that the suspect had committed or was committing an offense.’ U.S. v. Watson, 273 F.3d 599 (U.S. Court of Appeals for the 5th Circuit 2001). . . . The officer making the arrest need not have direct knowledge of all of the facts establishing probable cause, as long as he has communicated with the officer who does. . . .

Ochoa argued that the agents didn’t have probable cause because they arrested him based only on the facts that “Guerra was driving from Eagle Pass to Waco to deliver a load of cocaine,” he “Guerra received telephone instructions that an unknown party would meet him at the designated location” and “Ochoa drove through the parking lot and Guerra gave the bust signal.” U.S. v. Ochoa, supra. The appellate court disagreed:

Ochoa did not simply drive through the parking lot; the agents watched Ochoa drive directly to Guerra's car and park his car behind it. Moreover, Guerra's contact told him someone would be arriving to meet him in five minutes, and Ochoa arrived seven minutes later. The agents had arranged for Guerra to give the bust signal once the contact identified himself by his code name, and the agents saw him give it after talking to Ochoa briefly. In addition, Ochoa got back into his car to drive out of the parking lot immediately after talking to Guerra. . . . For these reasons, we conclude that officers had probable cause to arrest Ochoa because the totality of the facts and circumstances within the officers' knowledge at the moment of arrest was sufficient for a reasonable person to conclude that he had committed an offense.

The opinion then notes that Ochoa also “challenges the search of his cell phone”, but it doesn’t explain the basis of that challenge. I’m assuming the prosecution argued, in its response to his motion to suppress, that the officers’ search of the cell phone was a lawful search incident to arrest, i.e., was justified by one of the exceptions to the 4th Amendment’s default requirement that searches must be conducted pursuant to a warrant. I base that assumption on the fact that this opinion notes that the prosecution argued, first, that “the search was legal”. U.S. v. Ochoa, supra.

The Court of Appeals didn’t elaborate on that point, however, because it based its rejection of Ochoa’s argument regarding the search of the cell phone on another exception to the 4th Amendment’s warrant requirement. U.S. v. Ochoa, supra. As this site notes, the “inventory search” exception lets officers search an impounded vehicle without a warrant as long as the search is conducted pursuant to established police agency policies. The premise of this exception is that the search is “reasonable” under the 4th Amendment for two reasons, the first of which is that it’s legitimate to let officers investigated an impounded vehicle for their own safety (to ensure not weapons, poisons, explosives, etc. are in it) and to identify property in the vehicle that needs to be secured (to avoid claims that the officers unlawfully appropriated it).

At this point, you’re probably wondering how the inventory search exception comes into play here, since the search of the cell phone clearly was not conducted as part of a routine inventory search. Agent Pennington heard it ring and when he got to the DEA office another agent found the phone (having apparently searched specifically for it) and then gave it to Officer Thrash, who searched it. None of that was conducted as part of inventorying the contents of Ochoa’s seized vehicle.

The Court of Appeals agreed:

We . . . need not determine whether the search itself was proper because . . . the cell phone would have inevitably been discovered pursuant to law enforcement's routine inventory search of the vehicle. `The inevitable discovery doctrine applies if the Government demonstrates by a preponderance of the evidence that (1) there is a reasonable probability that the contested evidence would have been discovered by lawful means in the absence of police misconduct, and (2) the Government was actively pursuing a substantial alternate line of investigation at the time of the constitutional violation.’ See U.S. v. Zavala, 541 F.3d 562 (5th Cir. 2008).

The court then explained how and why the inevitable discovery doctrine applied here:

The government argues that Ochoa's cell phone would have been discovered during the lawful inventory of his vehicle. “`A]n inventory search of a seized vehicle is reasonable and not violative of the Fourth Amendment if it is conducted pursuant to standardized regulations and procedures that are consistent with (1) protecting the property of the vehicle's owner, (2) protecting the police against claims or disputes over lost or stolen property, and (3) protecting the police from danger.’ U.S. v. Zavala, supra. We have recognized that evidence initially seized improperly should not be suppressed if it would have been discovered pursuant normal police practices. . . .

Agent Robertson testified that DEA has standard operating procedures calling for an inventory of a vehicle to protect the agency from claims of lost or stolen property. Indeed, pursuant to those procedures, agents began taking an inventory of Ochoa's car shortly after the cell phone was seized. Further, there was at least a reasonable probability that the agents would have uncovered the cell phone, which had been ringing as one of the agents drove Ochoa's car to the agency, during the inventory. Accordingly, we hold that the [trial judge] properly denied the motion to suppress based on the inevitable discovery rule.

Posted by Susan Brenner at 2:26 PM