“Unauthorized Use of a Movable” 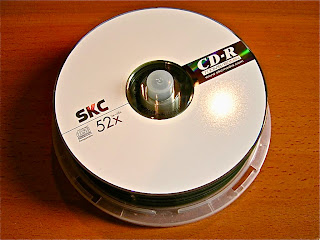 This post deals with a recent opinion from the Louisiana Court of Appeals that deals with a crime I, for one, had never heard of: unauthorized use of a movable.

On or about September 17, 2003, Dean Williamson, resigned from his position as operations manager at Quality Machine Works (`QMW’). QMW is a parts fabrication company established . . . by . . . Daniel Louque, Sr., who began his career as a machinist apprentice, working his way up through local plants for twenty years before starting his own business.

In the early years of QMW, to fabricate parts, Louque would have to earn the trust of potential clients and go into the plants and sketch the particular part needed by hand. Later, . . . a computer program named AutoCAD actually assisted with keeping an electronic version of those specifications.

Approximately one month after [Williamson] resigned from QMW, he opened his own business in the same line of work, and named it Industrial Systems Solutions (`ISS’). He began servicing some of the same clients that did business with QMW and its sister company, Quality Machine Manufacturing (`QMM’).

[After Williamson resigned], Daniel Louque, Jr., owner and president of QMW and QMM, received information that [he] had taken, without permission, some property belonging to QMW and QMM. Specifically, it was learned that just prior to his resignation, . . . [Williamson] had obtained, without permission, QMW and QMM AutoCAD drawings to service his clientele at his new business, ISS.

A February 2005 audit of the QMW and QMM computer systems indicated that Courtney Heft, a former QMW employee who subsequently went to work for [Williamson], accessed numerous AutoCAD files between September 5, 2003 and September 15, 2003 pertaining to several different QMW and QMM clients. This raised a red flag since Heft's access of these particular files was clearly outside the course and scope of her duties as an IT employee of the company.

It was learned that pursuant to [Williamson’s] request as her superior and two days prior to his resignation, Heft copied the AutoCAD drawings of specific clients and files she had accessed and provided them to [Williamson] on CD-ROM disks, either by hand or by leaving them on his desk, which were promptly removed as disks accumulated on his desk.

These disks were labeled in Heft's handwriting, and she was able to identify them when she went to work for [Williamson] at ISS and he asked her to pull up a drawing that belonged to [QMW and QMM]. As a result of his copying these AutoCAD drawings from the victims, [Williamson] took thousands of dollars worth of business away from QMW and QMM.

(I’m using the prosecution’s statement of facts, instead of the statement of facts in the opinion, which is what I usually do, because the opinion goes into the facts in such detail I can’t include that here . . . nor can I do a reasonable job of editing it down, given its specificity and complexity. So, no bias incorporated, none intended.)

On August 24, 2007, the Louisiana Attorney General “filed a bill of information in St. James Parish, charging Dean Williamson with unauthorized use of a movable having a value in excess of $1,000.00, in violation of [Louisiana Statutes Annotated – Revised Statutes § 14:68].” State v. Williamson, supra. Section 14:68(A) defines the crime as follows:

Unauthorized use of a movable is the intentional taking or use of a movable which belongs to another, either without the other's consent, or by means of fraudulent conduct, practices, or representations, but without any intention to deprive the other of the movable permanently. The fact that the movable so taken or used may be classified as an immovable, according to the law pertaining to civil matters, is immaterial.

An annotation included with the statute says that the “The lack of an intention to deprive the owner of the movable permanently is the factor which distinguishes this offense from theft.” Louisiana Statutes Annotated – Revised Statutes § 14:68. I can’t find a definition of “movable” in the Louisiana Criminal Code (which doesn’t mean it isn’t in there somewhere), but Black’s Law Dictionary defines a movable as property that can be “moved or displaced, such as personal goods; a tangible or intangible thing in which an interest constitutes personal property”, as opposed to something that is “so attached to land as to be regarded as a part of it”. Black’s Law Dictionary (9th ed. 2009). Wikipedia has a similar definition.

(A) the intentional taking or use of a movable (B) which belongs to another (C) either without the other's consent or by means of fraudulent conduct practices or representations, but (D) without any intention to deprive the other of the movable permanently.

Appellee State of Louisiana's Opposition to Appellant's Brief, supra (emphasis in the original).

So under the prosecution’s formulation of the crime, Williamson is arguing that State did not prove element (A) beyond a reasonable doubt because it did not prove that he (i) took (ii) a movable. If he could convince the Court of Appeals that the prosecution failed to prove a “taking” and/or a “movable”, then the conviction would be defective and he would win on appeal.

The Court of Appeals noted, first, that in making this argument Williamson

ignores the fact that [§ 14:68] allows for either a taking or use of the property. Under the circumstances of this case, without regard to whether a taking occurred, we find that the evidence presented by the State at trial sufficiently proved that the computer files were intentionally used without consent and by fraudulent conduct.

[Williamson] had the files copied just prior to his leaving the company to start his new business. Courtney Heft, the employee who copied the files for him on CD ROMS, later went to work with him and observed the CDs with her handwriting on them at his office. She also recalled [Williamson] asking her to locate a drawing for him and she recognized the drawing when she gave it to him.

Further, link file reports showed that some of the drawings that were for Quality were opened on [Williamson’s] computers. Given these circumstances, we find that the State proved that [Williamson] had the fraudulent intent to use these files to start up his own business and obtain clients for that business.

The Court of Appeals then addressed Williamson’s related argument that § 14:68 “requires proof that the owner was deprived of the movable, even if only temporarily.” State v. Williamson, supra. Once again, it was not persuaded:

While [§14:68] does not require proof that a defendant had the intent to deprive the other of the movable permanently, it is silent as to whether a temporary deprivation is an essential element of the offense. Regardless, we find that the State sufficiently proved there was an intent to deprive the owners of the property in this case by using their files.

Testimony presented at trial provided that Quality had files for each of their clients and that these files included numerous drawings. These drawings served as an opportunity to obtain business as well as a means to maintain business from their clientele. The evidence presented at trial showed that the owner of the computer files was not denied access to the files and their access was not interrupted in any way by the copying of the files onto the CD ROMS or by [Williamson] taking the CD ROMS to his home and business.

The Court of Appeals therefore found that the prosecution “sufficiently proved that an intentional taking or use occurred `either without the owner's consent, or by means of fraudulent conduct, practices, or representations,’” which meant the trial judge correctly denied Williamson’s motion for a judgment of acquittal. State v. Williamson, supra.

The Court of Appeals consequently rejected Williamson’s argument that what he took did not qualify as a “movable” under Louisiana law:

In this case, Courtney Heft inserted CD ROMS into computer hardware and thereafter applied the appropriate programs to locate and open the desired files of the computer drawings of parts which were stored on the companies' computer system. After accessing and opening the files that [Williamson] told her he wanted, Ms. Heft then copied the files that contained the desired drawings onto CD ROMS and gave the CD ROMS to [Williamson], who moved the CD ROMS from Mr. Louque, Sr.'s business to his own home and office.

Using the corporeal body of a CD ROM allowed the AutoCAD files to be in movable form. Given these circumstances, we find that the AutoCAD files which were transferred from the software onto CD ROMS are movables within the meaning of § 14:68.