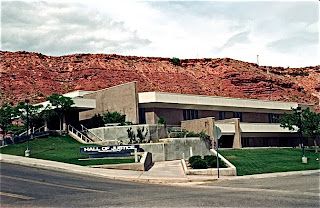 And, as I’ve explained in other posts, one of the exceptions to the 4th Amendment’s warrant requirement that can legitimately justify a warrantless search and seizure is the exigent circumstances exception. In Minnesota v. Olson, 495 U.S. 91 (1990), the Supreme Court held that an entry is justified under the exigent circumstances exception if it was made in “hot pursuit of a fleeing felon,” to prevent the “imminent destruction of evidence,” prevent a suspect's escape” or to respond to a “risk of danger to the police” or to others who are inside or outside the place to be entered. The U.S. Supreme Court agreed with the Minnesota Supreme Court that “in the absence of hot pursuit, there must be at least probable cause to believe that one or more of the other” exigent circumstance factors “were present”. Minnesota v. Olson, supra.

And that brings us to State v. Maxwell, __ P.3d __, 2011 WL 6365150 (Utah Supreme Court 2011). After being charged with “ten counts of sexual exploitation of a minor”, David B. Maxwell moved to suppress the evidence found on his computer that provided the factual basis for the charges. State v. Maxwell, supra. To understand how the issue of exigent circumstances arose in this case, it is necessary to understand the facts that led to the evidence that resulted in Maxwell being prosecuted.

The investigation of Maxwell arose “from an investigation by the Utah Attorney General’s Task Force on Internet Crimes Against Children (ICAC).” State v. Maxwell, supra. In January of 2008, ICAC agents “discovered that known child pornography was being downloaded to a particular IP address”, which was registered to “David Maxwell at his apartment in Holladay Utah.” State v. Maxwell, supra. On March 19, 2008, ICAC agents went to his apartment, knocked on Maxwell’s door and when he answered, confirmed his identity and asked if they could come in and speak with him. Maxwell let them in and

[o]nce inside, [they] confirmed that Maxwell lived alone, received internet service . . . and used file-sharing software. [They said] they had learned that `inappropriate things’ had been downloaded to his IP address. . . . [and asked] about his pornography viewing habits.

After speaking with Maxwell for approximately twelve minutes, one [agent said,]`We're going to need to take your computer. OK? You can consent to a search. Would you be willing to consent to a search so we can check that to make sure that there isn't anything on there?’ Maxwell responded with concern that he was `in trouble,’ stating he did not know what he should do and did not want child pornography on his computer. He then said, `The way I'm feeling right now is maybe I ought to just destroy my computer, if you're saying it's on there, it's going to be on there.’

The next day, an ICAC agent began the process of obtaining a warrant to search the computer. State v. Maxwell, supra. The warrant was issued a week later, agents searched the computer and found “seven video files and twenty-seven still images of child pornography”, which led to the charges noted above. State v. Maxwell, supra. As I also noted, Maxwell moved to suppress the evidence and, after holding a hearing on the motion, the trial court judge granted the motion, finding that

(1) there was no exigent circumstance because the State had not presented evidence proving that Maxwell could have permanently destroyed his computer; (2) the agents themselves created any exigency `at the outset when [they] informed Maxwell that they were aware that inappropriate material had been downloaded to his IP address and that they were with the Internet Crimes Against Children Task Force’; and (3) seizure of the computer was unreasonable because the agents could have ensured the integrity of the computer by less intrusive means.

In ruling on the arguments made by both sides, the Supreme Court began with the trial judge’s finding that there “was no exigent circumstance.” State v. Maxwell, supra. The trial judge found that Maxwell’s saying “`maybe I ought to just destroy my computer’” was

insufficient to create a reasonable belief that [he] would successfully destroy the computer during the time it took to obtain a search warrant. The [judge] concluded that the State had failed to provide specific evidence indicating `how difficult it would have been for Maxwell to permanently destroy the evidence and how difficult it would be to recover images where a person has deleted them or attempted to destroy them.’

The Supreme Court found that the trial judge’s holding “mischaracterizes the State’s evidentiary burden” in showing exigent circumstances. State v. Maxwell, supra. It explained that the State’s burden was simply to “show that an officer confronted with Maxwell’s statement “might reasonably have believed” he would “destroy the evidence on his computer.” State v. Maxwell, supra.

It is easy enough to imagine practical, everyday methods of damaging a computer in a way that would likely render the data on its hard drive irretrievable. Presumably a blowtorch or a power drill could do the trick. Although a computer expert could have provided the court with scientific information regarding hard-drive destruction techniques, it was not unreasonable for ICAC agents to believe Maxwell could destroy his hard drive. . . .

[He] not only had an obvious incentive to destroy his computer; he explicitly threatened to do so. Thus, the State has amply demonstrated that ICAC officers could have reasonably believed a warrantless seizure was needed to prevent Maxwell from destroying the evidence contained on his computer.

The trial judge’s second basis for granting Maxwell’s motion to suppress, and his second argument on appeal, was based on a 2011 U.S. Supreme Court decision: Kentucky v. King, 131 S.Ct. 1849 (2011). The King Court addressed an issue it had not considered before, but that had been addressed by a number of lower courts, i.e., whether police can rely on the exigent circumstances exception if they created the exigency. As the King Court noted,

[o]ver the years, lower courts have developed an exception to the exigent circumstances rule, the so-called `police-created exigency’ doctrine. Under this doctrine, police may not rely on the need to prevent destruction of evidence when that exigency was `created’ or `manufactured’ by the conduct of the police.

Kentucky v. King, supra. The lower courts, however, had not agreed on when law enforcement conduct results in a “manufactured exigency” that defeats the application of the exigent circumstances exception. State v. Maxwell, supra. In an opinion issued after the judge granted Maxwell’s motion to suppress, the King Court resolved this issue. State v. Maxwell, supra. The King Court held that warrantless action intended to prevent

`the destruction of evidence is reasonable and thus allowed’ so long as `the police did not create the exigency by engaging or threatening to engage in conduct that violates the 4th Amendment.’ [Kentucky v. King, supra.] The Court declined. . . to examine officer motive for . . . bad faith, noting that it has `"repeatedly rejected’ a subjective approach, asking only whether ‘the circumstances, viewed objectively, objectively, justify the action."' [Kentucky v. King, supra (quoting Brigham City v. Stuart, 547 U.W. 398 (2006).] . . .

It . . . refused to examine the existence of probable cause prior to police action, reiterating that `"officers are under no constitutional duty to call a halt to criminal investigation the moment they have the minimum evidence to establish probable cause."' [Kentucky v. King, supra (quoting Hoffa v. U.S., 385 U.S. 293 (1966).] Finally, the Court refused to second-guess police investigative tactics, explaining that such an approach `fails to provide clear guidance for . . . officers and authorizes courts to make judgments on matters that are the province of those who are responsible for . . . law enforcement agencies.’

The Utah Supreme Court explained that in granting Maxwell’s motion to suppress, the trial judge “applied a standard expressly repudiated in King,” when it found that “if there was an exigency,” the exigency was created when the agents told Maxwell they knew “`inappropriate material had been downloaded to his IP address” and they were with the ICAC Task Force. State v. Maxwell, supra. The court pointed out that since the agents’ statements “do not approach a threatened violation of Maxwell’s” 4th Amendment rights, “they do not satisfy the test established in King and are not a viable basis for affirming” the trial judge’s ruling granting the motion to suppress. State v. Maxwell, supra.

The Utah court also rejected Maxwell’s alternative argument, i.e., that the agents manufactured an exigency when one said “`We’re going to need to take your computer.’” State v. Maxwell, supra. Maxwell argued that this was “a threatened violation” of his 4th Amendment rights, which satisfied the test the U.S. Supreme Court created in King and, therefore, justified upholding the trial judge’s granting the motion to suppress. State v. Maxwell, supra.

We see no basis for an inference that the agent was threatening to violate the 4th Amendment. His exact words were: We're going to need to take your computer. OK? You can consent to a search. Would you be willing to consent to a search so we can check that to make sure that there isn't anything on there?’

Maxwell asks us to infer that the asserted `need to take your computer’ implied an intent to do so in contravention of the 4th Amendment -- regardless of any consent and whether the agents secured a warrant or discovered some other reasonable (exigent) basis for doing so. Such an inference, however, is not justified under the circumstances.

Finally, the Utah court rejected Maxwell’s argument that the agents “should have used `less intrusive’ means to achieve their law enforcement objectives.” State v. Maxwell, supra. More precisely, Maxwell argued that because the agents seized the computer rather than securing the premises,” they failed to reconcile “`their law enforcement needs with the demands of [his] personal privacy.’” State v. Maxwell, supra (quoting Illinois v. McArthur, 531 U.S. 326 (2001)). The trial judge agreed with Maxwell, finding that even

assuming a valid exigency, the seizure was still unjustified because the agents could have responded with less intrusive action by stationing agents in Maxwell’s home to ensure the security of the evidence while others obtained a warrant. We disagree and hold that the officers’ warrantless seizure was a reasonable response to Maxwell’s claim that he thought he should destroy his computer.

The court found that by seizing the computer instead of remaining on site, the agents

avoided subjecting Maxwell to an extended intrusion into his home. Had [they] elected to secure the premises, they would have had to remain in [his] home or seize Maxwell and remove him from his home. Those intrusions . . . would be significantly greater than mere seizure of [his] computer.

By impounding the computer . . . the agents reconciled their law enforcement needs while avoiding a significant intrusion of Maxwell's person and privacy. Their actions were accordingly reasonable, and we reverse the [trial judge’s] contrary conclusion.

The court therefore reversed the trial judge’s ruling and remanded the case “for further proceedings consistent with this opinion.” State v. Maxwell, supra. In other words, the prosecution of Maxwell has been resuscitated.

even more evidence that the only response to govt agents at the door is!

"do you have a warant"

if "no" then it's "KISS OFF" guess i'll see you back when you have one. in the mean time you now have 60 sec's to remove yourself from my property or i exercise my CONSTUTIONAL given right to DEFEND MY HOME and last time i looked there is NO EXCEPTIONS for ANYONE in that document!