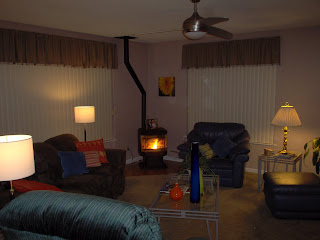 This post examines an issue that arose when a defendant who was convicted of possessing child pornography in violation of federal law appealed his conviction to the U.S. Court of Appeals for the 5th Circuit. More precisely, it examines the court’s analysis of, and ruling on, one of the argument he made on appeal.

Keith Moreland lived in a house in Columbus, Mississippi with his wife Deanna and their three children. In 2007, George Moreland, Keith's father, who was dying of cancer, stayed at Keith and Deanna's house for several months, off and on, sleeping on the living room couch. There were two computers in the house: a desktop, located in the living room, and a laptop. Keith, Deanna, and George each had free access to and consistently used both computers. According to Deanna, George regularly used both computers, including late at night and at other times when Keith and Deanna were absent or not in the living room.

On September 28, 2007, Deanna was using the desktop computer and noticed a URL (an internet address) in the web browser's history which contained the words `Teen Topanga.’ She testified that she clicked on it and found what appeared to be a pornographic website, where she saw pictures of `girls’ who `appeared to be underage’ and were `dressed, you know, very provocative’ but were not nude. Deanna found the same URL in the web browser history on the laptop computer as well.

Deanna was upset and called Keith, who was at work, to tell him what she had found. Keith was a supervisor at a company called American Eurocopter, where he regularly worked 10-to-12-hour days and was `responsible for the planning and outlay of work programs throughout the day,’ and had `about 14 to 16’ employees working under him. According to Deanna, Keith `didn't really seem alarmed at all’ and `said, well, you know, I haven't looked at anything like that. I don't know how it got there. We'll talk about it when I get home.’ Keith worked late that day, as he often did.

After speaking with Keith, Deanna called the sheriff's department. She testified that a friend of hers had suggested that she call the police. The deputy who came to the house asked Deanna to turn the two computers over to the police, and she did so. She also decided to pack a few things and take the children to her parents' house, because she expected to have a heated argument with Keith when he came home from work, and did not like to argue in front of the children.

Deanna later testified that she was `concerned about what Keith's position would be with regards to his father.’ When Keith returned home from work, Deanna and the children had gone to her parents' house. The following morning, Keith went to compete in a bass fishing tournament with a friend. While he was at the tournament, he received another phone call from Deanna, at which point he walked back home.

usage patterns showing that a user of the computers had visited a website that might have contained child pornography shortly after or shortly before visiting the Yahoo! website where the user checked email or played dominoes. As [he] acknowledged, . . . this did not indicate who actually visited those sites. Keith was not the only person who used the computers prior to Manley's inspection of them . . . in October 2007. For several months prior to September 28, 2007, Keith's father . . . lived in the Morelands' living room and used the family's computers as he pleased.

On cross-examination, Manley testified that the data revealed that the suspected pornographic websites were visited by someone using the computers in 2007. Thus, as he admitted, Manley could not identify whether it was George, Deanna, Keith, or another person who was using the computers when the usage patterns occurred. Manley acknowledged that anyone who knew Keith's password could log on to the computers and use [his] accounts on them; and that if Keith logged on to one of the computers, put his password in and got up and left it on, another person could come and use that computer in Keith's name and account.

Keith testified that “`[m]y father always logged in under my name’” when he used the family’s computers and Deanna testified that Keith’s father, George, “`was definitely into pornography. He would readily admit it to anybody that would listen.’” U.S. v. Moreland, supra. Eric Moreland, Keith's brother (and George's son), corroborated their testimony about George. U.S. v. Moreland, supra. Eric lived with his wife, Kayla, next door to

George's house in Gatman, Mississippi. He testified that he had known `for a long time’ that George `had an issue with viewing adult material.’ Eric testified that after George learned Keith's computers were being investigated for child pornography, George `contacted me and asked me to bring his computers to him at the residence he was staying and proceeded to ask me to destroy it, to take the hard drive out of the machine and get rid of it.’

According to Eric, `I told [George] I wasn't actually going to do that, but I would take it apart and let him destroy it hisself. As far as I know, he destroyed it. I have no idea where it's at at this point. I just assumed that he got rid of it.’ Kayla . . . testified that `right after all of this came up . . . George called Eric and asked Eric to pick up George's computer from George's house and bring it to George's current residence.’ . . . Eric and Kayla both testified that after George died, they cleaned out George's house and found a large amount of pornographic material. . . .

According to the opinion, the federal prosecutor tried to

discredit and show the partiality of Deanna, Eric, and Kayla through his examination of Deanna -- who appeared as both a government and defense witness -- and his cross-examination of the other Moreland family members. Beyond this, however, the government did not present any affirmative evidence that called into question those witnesses' testimony, including their description of George's affinity for pornography and his actions to destroy his own computer's hard drive after the police obtained custody of Keith's and Deanna's home computers.

As I noted earlier, Keith was convicted and appealed. On appeal, he argued that the evidence presented at trial “was insufficient to prove beyond a reasonable doubt (i) that he possessed [an image of child pornography that had been transported in interstate or foreign commerce” or (ii) that he did so knowingly.” U.S. v. Moreland, supra. To obtain a conviction under 18 U.S. Code § 2252A(A)(5)(B), the government must prove both elements beyond a reasonable doubt. U.S. v. Moreland, supra.

either actual or constructive. . . . `Actual possession means the defendant knowingly has direct physical control over a thing at a given time.’ U.S. v. Munoz, 150 F.3d 401 (5th Cir.1998). `Constructive possession is the ownership, dominion or control over an illegal item itself or dominion or control over the premises in which the item is found.’ U.S. v. De Leon,170 F.3d 494 (5th Cir.1999). Because there was no evidence that Keith had direct physical control of any of the 112 digital images in the computers, the prosecution tried this case as a `constructive possession’ case.

U.S. v. Moreland, supra. (If you’d like to read more about actual and constructive possession, check out this earlier post.)

The court then explained that the prosecution can prove constructive possession by using circumstantial evidence:

A conviction based upon constructive possession will be upheld only where the prosecution has proven there is `something else (e.g., some circumstantial indicium of possession) . . . besides mere joint occupancy` that `support[s] at least a plausible inference that the defendant had knowledge of and access to the . . . contraband.’

The Court of Appeals explained that because the prosecution sought to prove that Keith had constructive possession of the images, and because the computers had been in the joint custody and use by Keith with George and Deanna, it had to introduce evidence, other than “mere joint custody,” that would support a reasonable inference that (i) Keith knew the images were in the computers and (ii) that he had the “knowledge and ability to access” them and “to exercise dominion or control over them.” U.S. v. Moreland, supra. It found the prosecution had failed to do so. U.S. v. Moreland, supra.

The Court of Appeals noted, first, that Manley admitted he could not determine from the

In sum, Manley did not provide any testimony or evidence from which it could reasonably be inferred that Keith had ever seen the 112 images; knew they were in the computers; or had the knowledge and ability to access those images or exercise dominion or control over them.

after Deanna called him at work . . . to tell him what she found on the computers provides circumstantial evidence besides the mere joint custody of the computers that furnished the jury with a basis for reasonably inferring Keith knew about the 112 images in the computers and had the knowledge and ability to access the[m] . . . and exercise dominion or control over them.

The linchpin of the government's argument is its bare assertion or speculation that if Keith had been ignorant of the images in the computers, he would have gone home immediately to inspect the computers and to upbraid his seriously ill father and to throw him out of the house; rather than replying, as he did, by saying he didn't know the images were there because he hadn't looked at anything like that; and that he would look into the matter when he got off work.

We do not believe the government's assertion or speculation is reasonable or supports a plausible inference of Keith's knowledge of, access to, or dominion or control over the 112 images. The government does not point to any facts or evidence in the record to support its assertion or speculation that a person's failure to react so drastically and harshly to his dying father under these circumstances is grounds for a reasonable inference of his guilt of knowingly possessing child pornography.

The Court of Appeals noted, in closing, that in its previous joint occupancy cases it had found constructive possession only when there was “some evidence supporting at least a plausible inference that the defendant had knowledge of and access to the weapon or contraband”, such as one case in which the defendant was charged with constructively possessing a weapon that “was found in plain view.” U.S. v. Moreland, supra. It explained that in this case, “the digital images were not in plain view, but were in the computers' unallocated slack spaces, which are accessible only to a knowledgeable person using special computer software, and there was no circumstantial indicium that established that Keith knew of the images or had the ability to access them.” U.S. v. Moreland, supra.

Did they try Deanna as well as Keith? Her access was the same has his.

The opinion says Deanna testified both for the defense and the prosecution . . . and it doesn't apear that she was charged with anything. My guess (and that's all this is) probably assumed she wouldn't be looking at child pornography . . . which might, or might not, be a logical assumption.

Just Google it and you will see for yourself.

If that had been my wife, I'd've stomped her head into the ground.