The Probationer, Child Pornography and the Warrantless Searches 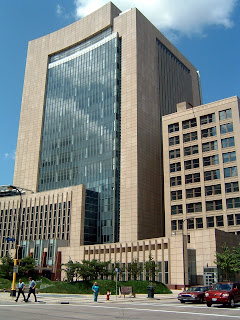 This post examines an opinion from the U.S. Court of Appeals for the 8th Circuit:  U.S. v. McCoy, 847 F.3d 601 (8th Circuit 2017). The court begins by explaining that
[a] jury found Frank R. McCoy guilty of possessing child pornography in violation of 18 U.S. Code §2252(a)(4)(B) and (b)(2). The district court sentenced him to 121 months' imprisonment. He appeals the conviction. . . .
U.S. v. McCoy, supra.
The opinion began by explaining how and why McCoy was convicted and given the sentence he received:
McCoy wrote, posted, and emailed links to stories about the rape, torture, and murder of children. He was convicted of transporting obscene matters, in violation of 18 U.S. Code § 1462, and sentenced to 18 months' imprisonment and two years' supervised release. The Eleventh Circuit affirmed the conviction. United States v. McCoy, 602 Fed.Appx. 501 (U.S. Court of Appeals for the 11th Circuit), cert. denied, 136 S.Ct. 122 (2015). The conditions of release, proposed by McCoy, required random inspections of his internet and email.

According to Officer Martinetto, it is `very unusual for a personal computer user to have a computer with multiple hard drives and especially to use a RAID system.’ McCoy told Officer Martinetto he had written a program to remove pornography from his computers, offering to let her view them. Due to the large amount of equipment, the officers did not examine the computers. Based on these suspicions, however, Officer Martinetto received permission from the district court to seize and review any computer equipment in plain sight or voluntarily provided by McCoy.

Officer Martinetto seized the custom-built Antec and three other computers—which contained a total of nine hard drives—and six USB drives. She sent them to a forensic lab for review. McCoy again told Officer Martinetto he used a program to remove pornography from the computers, but added he `might have missed a file.’

Using standard forensic techniques to copy the hard drives, Probation Officer Todd Garrett found child pornography on an unformatted drive. Agents obtained a warrant for a complete search of the hard drives. James Fottrell, director of the High Technology Investigative Unit of the U.S. Department of Justice Child Exploitation and Obscenity Section, conducted a full forensic analysis of the computers, discovering 88 child pornography videos on the custom-built Antec. The videos had been loaded, after McCoy's conviction, from the Antec to a handheld RCA media player.
U.S. v. McCoy, supra.
The opinion goes on to explain that
[a] grand jury indicted McCoy on one count of possessing child pornography. He moved to suppress the evidence seized by Officer Martinetto, arguing it was obtained without consent, probable cause, or a search warrant, and exceeded the scope of his conditions of release. At the suppression hearing, Officer Garrett testified, `There is no one central repository for Internet artifacts on a computer hard drive and the Windows operating system,’ and that forensic examiners are unable to ascertain the full scope of Internet activity from web-browser activity alone. He explained it would not have been forensically appropriate for Officer Martinetto to examine the computers onsite because she could not `preserve the state and integrity of the original media.’ The district court denied the motion.

At trial, the only issue was whether McCoy knowingly possessed child pornography. Officer Martinetto testified that McCoy lived alone, acknowledged ownership of the computer equipment, and discussed his computer skills and sophistication. Officer Garrett testified he found the videos in a folder on McCoy's computer titled `My Documents/My Videos/RCA/RCA_1271_0223.’ Fottrell testified he found special software for converting child pornography videos to a recognizable RCA media player format. He added that someone transferred them to the RCA player because it was `not something the computer would automatically do.’ The government introduced recorded calls McCoy made in prison claiming he had removed “everything” from his computer. At the close of the government's case, the district court denied a motion for judgment of acquittal. The jury convicted.
U.S. v. McCoy, supra.
This post examines two of the arguments McCoy made on appeal.  In the first, McCoy appealed “the denial of the suppression motion”. U.S. v. McCoy, supra.  More precisely, McCoy argued that the
warrantless search and seizure was unreasonable under the Fourth Amendment. Reviewing a motion to suppress, this court considers factual findings for clear error and legal conclusions de novo. United States v. Anderson, 688 F.3d 339, 343 (8th Cir. 2012). This court affirms the denial unless it is `unsupported by substantial evidence, based on an erroneous interpretation of applicable law, or, based on the entire record, it is clear a mistake was made.’ United States v. Vanover, 630 F.3d 1108, 1114 (8th Cir. 2011).
U.S. v. McCoy, supra.
The Court of Appeals went on to explain that in his appeal,
McCoy says: `He was not subject to warrantless searches as a condition of release.’ To the contrary, the conditions of release say:
`[H]e will be subject to random inspections of his computer's internet and email usage history by the Pre–Trial Services Officer assigned to his case, in order to ensure compliance with the parameters of these conditions.’

Also without merit is McCoy's assertion that the search `went well beyond the conditions of release to inspect not only internet or email, but extensive user files.’ As Officer Garrett testified, it is impossible to evaluate Internet activity based solely on web-browser history. Because `[t]here is no one central repository for Internet artifacts on a computer hard drive and the Windows operating system,’ a broader examination was necessary.
U.S. v. McCoy, supra.
The Court of Appeals went on to explain that the
search and seizure were reasonable. `When an officer has reasonable suspicion that a probationer subject to a search condition is engaged in criminal activity, there is enough likelihood that criminal conduct is occurring that an intrusion on the probationer's significantly diminished privacy interests is reasonable.’ United States v. Knights, 534 U.S.112, 121, 122 S.Ct. 587, 151 L.Ed.2d 497 (2001). Determining reasonable suspicion, a probation officer may consider `the detail and consistency of the information suggesting the presence of contraband . . . [i]nformation provided by the [probationer] which is relevant to whether the [probationer] possesses contraband . . . [and] [t]he experience of a staff member with that [probationer] or in a similar circumstance.’ Griffin v. Wisconsin, 483 U.S. 868, 878–79, 107 S.Ct. 3164, 97L.Ed.2d 709 (1987) (internal quotations and citations omitted).

Officers had reasonable suspicion to seize and search McCoy's computer equipment based on his: (1) prior criminal history; (2) computer sophistication; (3) unusually large number of electronic storage devices; (4) sophisticated RAID array; and (5) statements about erasing pornography from his computers.

The district court properly denied the motion to suppress.
U.S. v. McCoy, supra.
The Court of Appeals then took up the other McCoy argument this post examines, which went to the burden of proof the prosecution had to prove all the elements of its case. Since this was a criminal case, the prosecution had to prove all the elements of the crime beyond a reasonable doubt. As Wikipedia explains, to do that, the evidence presented by the prosecution
must be proven to the extent that there could be no `reasonable doubt' in the mind of a `reasonable person; that the defendant is guilty. There can still be a doubt, but only to the extent that it would not affect a reasonable person's belief regarding whether or not the defendant is guilty.
The court began its analysis of this issue by explaining that
McCoy asserts insufficiency of the evidence. `”This court reviews the sufficiency of the evidence de novo, viewing evidence in the light most favorable to the government, resolving conflicts in the government's favor, and accepting all reasonable inferences that support the verdict.”’ United States v. Moran, 612 F.3d 684, 690 (8th Cir. 2010).

The only issue for the jury was whether McCoy knowingly possessed child pornography. Evidence of knowledge included testimony from Officer Garrett and James Fottrell who found child pornography on McCoy's computer. As Fottrell testified, an individual moved the files from the computer to an RCA player. The government also introduced McCoy's statements to Officer Martinetto and his recorded prison calls discussing his attempts to erase child pornography from his computers. This evidence indicates knowledge that the computers contained illegal content. See United States v. Hill, 750 F.3d 982, 988 (8th Cir. 2014) (holding a jury could reasonably infer that a defendant's `intentional attempt to delete child pornography files, such as by placing them in [his] computer's recycle bin . . . suggest[ed] he was aware of the files and their contents’), quoting United States v. Breton, 740 F.3d 1, 17 (1st Cir. 2014).

The evidence sufficiently supported the jury's verdict. The district court properly denied the motion for judgment of acquittal.
U.S. v. McCoy, supra.
For these and other reasons, the Court of Appeals affirmed McCoy’s conviction and sentence. U.S. v. McCoy, supra.

I really enjoyed reading this post, big fan. Keep up the good work andplease tell me when can you publish more articles or where can I read more on the subject? Todd

Thanks for the kind comments. I'll let you know when I am going to have something new published, working on several things.

As to other cybercrime blogs, you might try this one:

I couldn't find any others in a quick search, but I'm sure there are good ones out there.