Facebook and Attempting To Obtain Property By False Pretenses 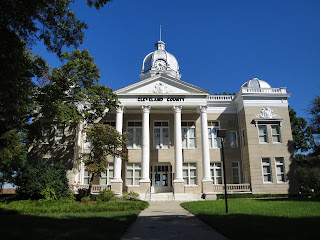 This post examines a recent opinion from the Court of Appeals of North Carolina: North Carolina v. Arthiando Lurez Phillips, 2017 WL 899991 (2017). The court begins the opinion, as courts usually do, by explaining how and why the prosecution arose and what happened at the trial court level:
On 17 March 2014, Detective Micah Sturgis with the Cleveland County Sheriff's Office attended a meeting with members from multiple nearby police departments and sheriffs' offices. At the meeting, officers with the Gaffney Police Department reported that several items of Michael Kors inventory, including `purses, pocketbooks, [and] backpacks,’ were being stolen from the Michael Kors Outlet store in Gaffney.

A week later, Detective Sturgis was on his personal Facebook page when he noticed a posting for Michael Kors backpacks for sale on a website called `One Man's Junk,’ which he described as an online `flea market.’ The backpacks, with accompanying photographs, were captioned `Michael Kors Backpacks Startin' at 45,’ and were listed for sale on the site by an individual named R.D. Phillips. This name caught Detective Sturgis's eye because he was familiar with an individual named Arthiando Phillips, the defendant. Because of the reported larcenies of multiple Michael Kors items from the Gaffney store, Detective Sturgis decided to investigate further.

Using a fake name and address, Detective Sturgis created a fake Facebook account and started a conversation with R.D. Phillips, who was later determined to be defendant, in order to discuss the purchase of the Michael Kors backpacks. Detective Sturgis asked, `[c]an you send me pics of the bags you've got or can you get up with me tomorrow morning sometime?’ Defendant replied that he could `get anything from shades to shoes, the MK watches and all.’ Detective Sturgis requested to meet defendant in Shelby at 11:00 a.m. the next morning, 25 March 2014, and defendant agreed to the meeting and provided his phone number.

`[b]ased off of looking at the pocketbook, there were some things about the pocketbook that made me believe the pocketbook was a counterfeit pocketbook instead of a true Michael Kors pocketbook. I had worked with Wayne Grooms and the U.S. Customs in a couple of other investigations where we had gotten some counterfeit goods, and there's some telltale signs that I had picked up from other investigations to be able to determine that this one was probably a counterfeit pocketbook at that point. So I wanted Investigator Grooms to take a look at it to verify what I thought.’
North Carolina v. Arthiando Lurez Phillips, supra.
The opinion then explains what happened next with the investigation:
On 1 April 2014, Investigator Grooms spoke with Detective Sturgis regarding the authenticity of the Michael Kors bag, which he determined to be not authentic, based on his experience as a Charlotte-Mecklenburg police officer who had been involved in over 10,000 trademark investigations and been sworn as an expert on counterfeit merchandise in both federal and state courts. The same day, Detective Sturgis met with other officers and planned to meet defendant in the Walmart parking lot for the purchase of additional counterfeit goods. However, defendant did not answer the officers' calls or respond to texts, and so officers went to defendant's residence and conducted a search of the home.

At defendant's residence, the officers found `other counterfeit goods located inside the residence, but it appeared that they were for personal use and not for redistribution.’ During the search, officers also found and seized seven illegal `poker style’ video gambling machines in an outbuilding warehoused on the property. Additionally, defendant indicated to Special Agent Brian Bowes with U.S. Customs, that he purchases `counterfeit merchandise’ from a warehouse on Old National Highway in Atlanta, Georgia called The Discount Mall. Detective Sturgis passed this information along to authorities in Georgia and U.S. Customs.
North Carolina v. Arthiando Lurez Phillips, supra.
As a result, Phillips
was arrested and charged with obtaining property by false pretenses and possessing five or more video gaming machines. On 8 September 2014, defendant was indicted by a Cleveland County grand jury for the same. The cases were consolidated and tried by a jury during the 14 December 2015 Criminal Session of the Superior Court of Cleveland County, the Honorable Gregory R. Hayes, Judge presiding. Defendant entered a plea of not guilty to both charges.

Following the close of the State's evidence, defendant moved to dismiss all charges against him due to insufficient evidence. The trial court denied the motion. Defendant did not present any evidence at trial.

On 15 December 2015, the jury returned a verdict of guilty of attempting to obtain property by false pretenses and a verdict of not guilty of possession five or more video gaming machines. The trial court entered judgment the same day, committing defendant to the custody of the North Carolina Department of Correction for a term of eleven to twenty-three months. Defendant filed written notice of appeal.

On appeal, defendant contends the trial court committed reversible error by denying defendant's motion to dismiss the charge where the evidence was insufficient to support the conviction for attempting to obtain property by false pretenses. We disagree.

The court went on to explain that

The opinion goes on to explain that Phillips

When a defendant is charged with the completed offense of obtaining property by false pretenses, proof that the victim was indeed deceived at the time of the offense is required. See State v. Simpson, 159 N.C. App. 435, 539, 583 S.E.2d 714, 716-17 (2003). However, this Court has previously held that actual deceit is not an element of the crime of attempting to obtain property by false pretenses. See State v. Wilburn, 57 N.C. App. 40, 46, 290 S.E.2d 782, 786 (1982) (`It is not necessary in order to establish an intent, that the prosecutor should have been deceived, or should have relied on the false pretenses and have parted with his property . . . .’ (citations omitted)); see also State v. Dawson, No COA15-420, 2015 WL 7729662 at *2-4 (North Carolna Court of Appeals 2015) (unpublished) (finding no error in the trial court's denial of the defendant's motion to dismiss `where neither clerk was deceived by the counterfeit $100.00 bills and did not part with any property in exchange for [them],’ as the evidence was sufficient to show the defendant's attempt to obtain property by false pretenses, a crime for which `actual deceit’ is not required). Indeed, for attempt crimes, the two elements required are (1) `the intent to commit the substantive offense’ and (2) `an overt act done for that purpose which goes beyond mere preparation but falls short of the completed offense.’ State v. Smith, 300 N.C. 71, 79, 265 S.E.2d 164, 169-20 (1980) (citations omitted).
North Carolina v. Arthiando Lurez Phillips, supra.
The court then took up Lurez Phillips’ next argument, which was that
the evidence fails to establish a false pretense or intent to deceive because defendant did not `actually represent that the bag he offered for sale was an authentic Michael Kors bag.’ We disagree.

In the instant case, the evidence shows that defendant advertised Michael Kors bags for sale for $45.00 on a website titled `One Man's Junk.’ In his statements to Detective Sturgis on Facebook, defendant described one bag as a `Michael Kors bag with tags,’ and included photographs. The evidence in the record also shows that defendant originally purchased the bags from a warehouse in Atlanta (`The Discount Mall’), and sold the bags for only a fraction of their worth, which also helps to establish that defendant knew the merchandise was counterfeit. Sergeant Fitch testified that he made an undercover purchase of one of the bags, paying defendant $35.00, at the behest of Detective Sturgis. Evidence in the record also supports the fact that Detective Sturgis and Sergeant Fitch were suspicious and had knowledge that the bags sold by defendant, including the one Sergeant Fitch purchased, were likely counterfeit. Indeed, Wayne Grooms, the owner of a private investigative firm that specializes in intellectual property investigations dealing with counterfeit merchandise testified at trial that the Michael Kors bag at issue in this case was `not a genuine handbag’: `The label is totally wrong. The way the “MK” is put on the label is wrong. The way the label is attached to the handbag is wrong. The zippers are wrong. The circles are wrong. The material of the pocketbook is wrong.’

Thus, defendant's act of advertising and holding the items out as a particular brand (Michael Kors), even though he knew the merchandise was counterfeit, establishes intent on the part of defendant to deceive undercover officers and other potential buyers. See id. Thus, viewing the evidence in the light most favorable to the State, defendant had the requisite intent to cheat or defraud, an action which was calculated to deceive buyers, and the trial court properly denied defendant's motion to dismiss.
North Carolina v. Arthiando Lurez Phillips, supra.
The court went on to explain that
[w]ith regard to the second element of the attempt offense (overt act), however, defendant, relying on this Court's opinion in State v. Wilburn, argues that `where the evidence presented by the State . . .showed a completed offense, then the evidence [is] insufficient to support a conviction for the attempt[,]’ and therefore, his conviction should be vacated. See 57 N.C. App. at 46, 290 S.E.2d at 786 (citations omitted). Defendant misconstrues the law as stated in Wilburn.

In Wilburn, this Court held that `if property is actually obtained in consequence of the prosecut[ing party's] reliance on the false pretenses, the offense is complete and an indictment for an attempt will not lie.’ Id. (emphasis added) (citations omitted). However, here, the property was not obtained `in consequence’ of Sergeant Fitch's `reliance on the false pretense.’ Instead, the property was obtained as a part of an undercover operation, and the record supports the conclusion that the officers involved in the operation were suspicious and had knowledge that the bag was likely counterfeit. Thus, because Sergeant Fitch was never deceived by defendant's misrepresentation that the bag was an authentic Michael Kors brand bag, the crime was not complete at the time of the sale. Therefore, while the officer did complete the purchase of the counterfeit bag for the purpose of the undercover operation, the officer was never deceived because he did not rely on defendant's false representation, and defendant was only guilty of attempting to obtain property by false pretenses.

Accordingly, where there was substantial record evidence to support that defendant intended to deceive the buyer but fell short of the completed offense because Sergeant Fitch was not deceived at the time of the sale, the State presented sufficient evidence to establish that defendant attempted to obtain property by false pretenses, and the trial court did not err in denying defendant's motion to dismiss.