The Gmail Email Addresses, the Stored Communications Act and Extraterritorially 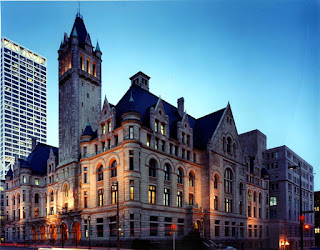 This post examines a recent opinion from the U.S. DistrictCourt for the Eastern District of Wisconsin: In re: Information Associated With One Yahoo Email Address, 2017 WL 706307 (2017). The U.S. Magistrate Judge who has the case and wrote the opinion began it by explaining that
[o]n February 13, 2017, the government submitted to this court an application for a warrant pursuant to 18 U.S. Code §2703 asking the court to order Yahoo to disclose email records associated with a particular Yahoo email address. The court finds that the affidavit appended to the application readily establishes probable cause to order Yahoo to disclose the information identified in Attachment B of the affidavit and proposed warrant. However, the warrant asks the court to order Yahoo to disclose `all responsive information—including data stored outside the United States—pertaining to the identified account that is in the possession, custody, or control of Yahoo.’

On February 15, 2017, the government submitted an application asking the court to order Google to disclose email records associated with two particular Gmail email addresses. This application also asks the court to order disclosure without regard to where the data may be stored. As with the affidavit above, the court finds that the affidavit appended to the application readily establishes probable cause to order Google to disclose the information identified in Attachment B of the affidavit and proposed warrant.
In re: Information Associated With One Yahoo Email Address, supra.
The opinion goes on to explain that, with regard to the “relevant law”,
[u]nder the Stored Communications Act (SCA) the government may obtain a warrant for `disclosure by a provider of electronic communication service of the contents of a wire or electronic communication, that is in electronic storage in an electronic communications system.’ 18 U.S. Code § 2703(a). Translated into simplified terms relevant to the present case, this means that a federal law enforcement officer can ask a United States Magistrate Judge to issue a warrant compelling an email service provider (e.g., Google, Yahoo, Microsoft, etc.) to disclose emails associated with a particular email address. (The statute covers other sorts of information and the relevant application seeks details other than emails, such as account information, but for the sake of simplicity the court will refer here to emails.) If the law enforcement officer demonstrates that there is probable cause to believe that the emails will contain evidence of a crime, the court will order the email service provider to disclose the emails sent from or received at the identified email address.

With respect to search warrants generally, under certain circumstances a magistrate judge may issue a warrant authorizing a search in a district other than his or her assigned district. Federal Rule of Criminal Procedure 41(b)(2)–(6). However, aside from narrow exceptions related to searches in a `territory, possession, or commonwealth’ of the United States, and properties associated with consular missions, Fed. R. Crim. P. 41(b)(5), Rule 41 is silent as to whether a federal court may issue a warrant for search of property outside of the United States.
In re: Information Associated With One Yahoo Email Address, supra.
The Magistrate Judge went on to explain that
[t]he question of whether a warrant issued pursuant to 18 U.S. Code § 2703 may compel an email service provider to disclose emails held on servers outside the United States came to the fore recently in Matter of Warrant to Search a Certain E–Mail Account Controlled & Maintained by Microsoft Corp., 829 F.3d 197 (2d Cir. 2016). Served with a warrant under the SCA requiring the production of a user's emails, Microsoft determined that some of the information sought was stored at a datacenter in Ireland. Id. at 204. Microsoft produced data that was stored in the United States but moved to quash the warrant to the extent it compelled Microsoft to produce content stored on a server located outside the United States. The motion to quash was denied by the magistrate judge who issued the warrant and a district judge. Microsoft appealed to the United States Court of Appeals for the Second Circuit.

The court of appeals noted that, unless Congress explicitly states otherwise, it is presumed that a statute's reach is limited to the borders of the United States. Id. at 210 (citing Morrisonv. Nat'l Austl. Bank Ltd., 561 U.S. 247 (2010), and RJR Nabisco,Inc. v. European Cmty., 579 U.S. ––––, 136 S. Ct. 2090, 195 L.Ed. 2d 476(2016)). The court stated that `the SCA is silent as to the reach of the statute as a whole and as to the reach of its warrant provisions in particular.’ Id. at 209. The court concluded, and the government conceded, that the warrant provisions of the SCA do not contemplate or permit extraterritorial application. Id. at 210–16. As such, the issue was whether enforcement of the warrant would constitute an unlawful extraterritorial application of the SCA.
In re: Information Associated With One Yahoo Email Address, supra.
The court went on to explain that, in order to
answer that question, the court set about discerning the `focus’ of the SCA. Citing  Morrison, it stated that `[i]f domestic contacts presented by the case fall within the “focus” of the statutory provision. . . , then the application of the provision is not unlawfully extraterritorial.’ Id. at 216. `If the domestic contacts are merely secondary, however, to the statutory “focus,” then the provision's application to the case is extraterritorial and precluded.’ Id. The court concluded that `the relevant provisions of the SCA focus on protecting the privacy of the content of a user's stored electronic communications.’ Id. at 217. In reaching that conclusion, it rejected the government's argument that the SCA's warrant provisions must be read to focus on `disclosure’ of the content rather than on privacy.


In re: Information Associated With One Yahoo Email Address, supra.
Posted by Susan Brenner at 5:39 PM