The MacBook Pro, Receiving Stolen Property and the “Return for Reward” Defense 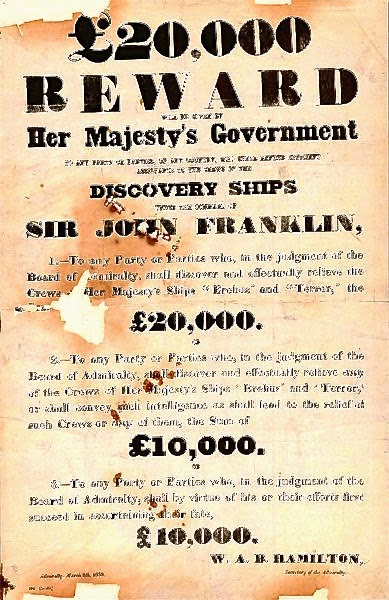 After she was convicted in a bench trial of “misdemeanor receiving stolen property (RSP) [in violation of District of Columbia Code § 22-3232] and unlawful entry [in violation of District of Columbia Code § 22-3302]”, Jessica Lihlakha appealed.  Lihlakha v. U.S., 2014 WL 1640647 (District of Columbia Court of Appeals 2014).  On appeal, she “challenge[d] the sufficiency of the evidence to support her convictions.”  Lihlakha v. U.S., supra.
Since Lihlakha was arguing that the evidence presented at trial was not sufficient to prove her guilty beyond a reasonable doubt on either or both offenses, the Court of Appeals began its analysis of his argument by outlining how the prosecution arose:
Lauren Banks testified that on August 13, 2011, she returned to her dorm room at Howard University and, upon entering, left her book bag in the hallway. During the minute or so that she left the bag unattended, her laptop inside it, a Macbook Pro, disappeared. After reporting what happened to campus police, Banks placed signs around her dorm building announcing a `missing Mac laptop,’ providing her phone number, and stating that the `[f]inder will be graciously compensated.’ The next evening, Banks received a phone call from a woman who asked Banks whether she was missing an HP laptop and what the reward would be for returning it. Banks answered that hers was not an HP but added that the reward was $1,000. The caller then told Banks she had `just gotten this HP for the low,’ and would `keep an ear out and see if . . .your laptop comes up.’

The woman called Banks the next day to say she had found two Macbook Pros with the name `Lauren’ on them after going to see `the guy she said she got the HP from.’ She told Banks she had found two Mac laptops `at the same place’ in `the room where the other computers were.’ The woman asked Banks for her full name to determine which of the Mac laptops belonged to her. Banks complied and learned the caller apparently had her laptop. The caller then contacted Banks again to set up a meeting to exchange the money for the laptop that evening.

At that point, Banks contacted the Howard University police, who suggested [she] either meet the caller herself or have a police officer go in [her] place. Banks agreed to have an officer pose as Banks to meet the caller. Per police instructions, Banks told the caller she needed another day for her parents to wire her the reward money, and continued to communicate with the caller until they arranged a time and place to meet.

At the meeting on August 17, 2011, a police officer posing as Banks met the caller, and . . . recovered the laptop and brought Lihlakha to the police department for questioning. The police showed Banks a photo of the person who, an officer said, had delivered Banks's computer. . . . Not long thereafter, Banks heard knocking on her dorm room door. After looking through the peephole, she recognized Lihlakha (from the photo) as the person standing outside her door with a man who was trying to put a key into it that did not fit. The two then left, and Banks reported the incident to campus police.
Lihlakha v. U.S., supra.
The prosecution’s next witness was Investigator Elizabeth Neville, the officer who
met the caller while posing as Banks. Neville testified that Lihlakha had approached her at the place where Banks and the caller had arranged to meet. Neville asked Lihlakha if she had the laptop and told Lihlakha to sit down next to her. Neville testified that she saw a laptop inside Lihlakha's bag and asked about it, whereupon Lihlakha pulled the laptop out of her bag, opened it, turned it on, and passed it to Neville. Immediately thereafter, other police officers arrived and took Lihlakha away.
Lihlakha v. U.S., supra.
The prosecution also presented testimony from Investigator Ronald Tarpley, of the
Howard University Police, who testified that he had questioned Lihlakha about how she obtained Banks's laptop. According to Tarpley, Lihlakha [said] a local drug dealer named `Kool–Aid’ told her `he had a stolen laptop’ for which a reward had been offered, and that if `she returned [the laptop] she [could] keep 700 and give him 300 of the $1,000 reward.’
Lihlakha v. U.S., supra.  The prosecution’s final witness was Investigator William Brown of the Howard University Police, who testified that he
told Lihlakha on August 18, 2011, that she was prohibited from coming `on Howard University property.’ He added that he gave her a copy of the barring notice at that time, that he explained it to her, and that she refused to sign it.
Lihlakha v. U.S., supra.
The Court of Appeals then took up Lihlakha’s sufficiency of the evidence argument as it applied to the first charge.  It noted that, under District of Columbia Code § 22-3232(a) (as it existed at the time), one commits receiving “[1] stolen property if that person [2] buys, receives, possesses, or obtains control of stolen property, [3] knowing or having reason to believe the property was stolen, [4] with the intent to deprive another of the right to the property or a benefit of the property.”  Lihlakha v. U.S., supra.
The court then analyzed the extent to which the prosecution’s evidence established each of these elements.  Lihlakha v. U.S., supra. It found that the first two elements were
uncontested. Moreover, Lihlakha admitted to Investigator Tarpley . . . that her supplier, Tony, i.e., `Kool–Aid,’ `had a stolen laptop’ which he would allow her to parlay into a $1,000 reward, reduced by $300 for Kool–Aid (at trial she denied any such rebate). Lihlakha has not contested receipt of this hearsay admission in evidence. Accordingly, the evidence is sufficient to satisfy the third element of RSP: knowledge or reason to believe that the property was stolen.
Lihlakha v. U.S., supra.
That left the fourth element:  that “at the time [Lihlakha] acted in receiving the stolen property, she intended to deprive Banks of the right to her computer or a related benefit.”  Lihlakha v. U.S., supra.  On appeal, she “presents two arguments claiming innocent intent premised on the irrelevance of whether she knew the laptop `was stolen or not.’” Lihlakha v. U.S., supra.
First, she contends she and Banks had voluntarily entered into a valid unilateral `contract’ pursuant to which Lihlakha would receive an advertised reward in exchange for returning Banks's computer. In this connection,  . . . Lihlakha argues she lacked the criminal mind essential to RSP [receiving stolen property] because her only intent had been to seek possession for the purpose of returning the computer to its rightful owner, even though she did so in the expectation of obtaining the offered reward.

Alternatively, Lihlakha asserts a `consent’ defense, . . . arguing Banks had authorized Lihlakha to seek possession of Banks's computer by offering a reward for its return, fully contemplating that Lihlakha `would possess property that [Banks] had reported as stolen.’
Lihlakha v. U.S., supra.
The Court of Appeals took each argument in order:  Lihlakha’s lawyer argued that cases
[from the District of Columbia courts] recognize[ed] that `rewards are governed by the law of [unilateral] contracts,’ meaning, in this context, that any agreement for a reward between the owner of stolen property and someone who has come to possess it would be non-binding until the possessor has satisfied all the conditions for the reward announced by the owner. Counsel maintains that such a contract was satisfied here, free of criminal taint, upon Lihlakha's attempted delivery of Banks's laptop.

And that contract was valid, says counsel, because `possession of [stolen] property with the consistent intent of obtaining it to return it to the owner for a freely advertised reward’ will negate `the mental intent element of the crime of receiving stolen property.’
Lihlakha v. U.S., supra.
The court noted, therefore, that Lihlakha stressed that she did not intend to deprive
Banks of her laptop, even though she knew it was stolen, because she merely obtained the laptop `with the intent to return it in exchange for the reward.’ This court has never considered the relevance, if any, of returning stolen property for a reward when defending a charge of RSP.

Other courts have done so, however, beginning with a premise derived from the common law, as codified in the Model Penal Code: `[T]he offense is established by knowing possession of stolen property “unless the property is received, retained, or disposed with purpose to restore it to the owner.”’ The `unless’ clause is where interpretation begins. Most courts stress that to avoid conviction of RSP, one must return the property to its rightful owner `immediately,’ or in lieu of the owner to `law enforcement officials,’ and in any event must do so `unconditionally.’

Lihlakha v. U.S., supra (citations omitted).
As Wikipedia explains, the Model Penal Code was meant to standardize the definitions of crimes used in the U.S. states.  Section 223.6 of the Code, which you can find here, defines the offense of receiving stolen property and § 223.6(1) creates an exception:  “unless the property is received, retained, or disposed with purpose to restore it to the owner.”
Some courts have held that this language incorporates the common law “intent-to-return” defense to a charge of receiving stolen property.  See, e.g., State v. Lopez, 109 N.M. 578, 787 P.2d 1261 (New Mexico Supreme Court 1990). As the Lopez court noted the common law defense “could apply to one who returned stolen property to the owner for a reward.”  State v. Lopez, supra.
The Court of Appeals found this line of reasoning persuasive, and held that a defendant
may establish a return-for-reward defense that negates the requisite intent for receiving stolen property if the evidence shows that:

(1) the reward had been announced, or was believed to have been announced, before the property was possessed or agreed to be possessed; (2) the person claiming the reward had nothing to do with the theft; (3) the possessor returned the property without unreasonable delay to the rightful owner or to a law enforcement officer; and (4) the possessor imposed no condition on return of the property.
Lihlakha v. U.S., supra.
The problem was that, since the trial judge did not recognize the return-for-reward defense, he did not hear evidence, from both sides, on whether the defense would have applied in this case.  Lihlakha v. U.S., supra.  The Court of Appeals therefore remanded the case to the judge so he could make the necessary findings and then determine whether Lihlakha could, in fact, claim the defense.  Lihlakha v. U.S., supra.
The court rather quickly rejected Lihlakha’s challenge to her unlawful entry conviction:
The trial judge discredited Investigator Brown's testimony that the barring notice extended to Howard's entire campus, but Lihlakha did not dispute Brown's testimony that he had given her a copy of the barring notice, which excluded her from the dormitory towers (where Banks lived). . . .

Moreover, Lihlakha testified that a Howard dean had warned her `not to go to’ the dormitory towers. Finally, the trial judge credited Banks's testimony in which she stated that she saw Lihlakha standing outside of her dorm room, in violation of the barring notice.
Lihlakha v. U.S., supra.


The Court of Appeals therefore affirmed her unlawful entry conviction and, as noted above, remanded the case for fact-finding and a ruling on the availability of the return-for-reward defense.  Lihlakha v. U.S., supra.
Posted by Susan Brenner at 7:55 AM