The Girlfriend, the Password Recovery Program and the 4th Amendment 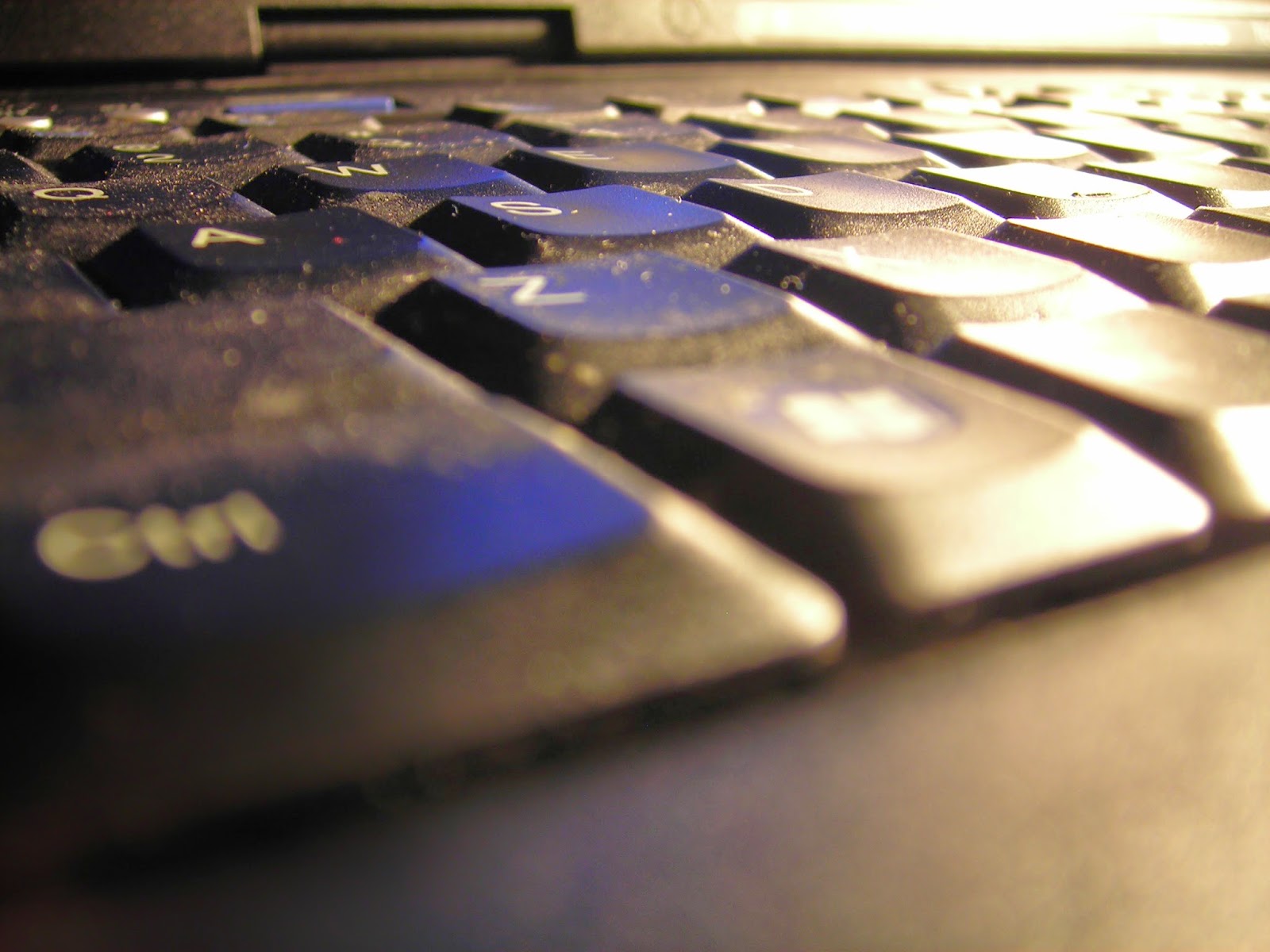 After a federal grand jury returned an indictment charging him with “possession and distribution of child pornography in violation of 18 U.S. Code §§ 2252(a). . . and (b)”, Aron Lichtenberger moved to suppress evidence of child pornography [found] on his laptop.” U.S. v. Lichtenberger, 2014 WL 1924470 (U.S. District Court for the NorthernDistrict of Ohio 2013).
The District Court Judge who has the case began his analysis of the legal issues involved in the motion to suppress by explaining how the case arose:
On November 26, 2011, in the afternoon, Lichtenberger was with Karley Holmes, his girlfriend, at their shared home in Cridersville, Ohio. They lived there with Holmes's mother, who owned the residence. That day, two friends of Holmes's mother came over to the residence and told both Holmes and her mother that Lichtenberger had been previously convicted of child pornography offenses.

One of the mother's friends then called the police. Several officers, including Douglas Huston, from the Cridersville Police Department came to the residence. Holmes requested that the police escort Lichtenberger off the property because she did not want him living there anymore. Huston determined that Lichtenberger had an active warrant for his arrest for failing to register as a sex offender, arrested him, and removed him from the property.

Later that day, Holmes went into the bedroom she shared with Lichtenberger and retrieved his laptop. At the suppression hearing, she testified that she wanted to access his laptop because [he] `would never let me use it or be near him when he was using it and I wanted to know why.’ . . . The laptop was password protected, but Holmes hacked the laptop by running a password recovery program. She then changed the password.

Once she accessed the laptop, she clicked on different folders and eventually found thumbnails images of adults engaging in sexual acts with minors. She clicked on one of the thumbnails to see the larger image. When she found the first image, she took the laptop to the kitchen to show her mother. There, they clicked through several more sexually-explicit images involving minors. She closed the laptop and called the Cridersville Police Department.
U.S. v. Lichtenberger, supra.
Officer Huston responded to Holmes’ call by
return[ing] to the residence. In the kitchen, Holmes told [Huston] she found child pornography on [Lichtenberger’s] laptop. She also told him the laptop belonged to [Lichtenberger] and he was the only one who would access and use it. She explained that one time she tried to use the laptop and [he] immediately became upset and told her to stay away from it. Lastly, Holmes told Huston that she hacked the laptop to access it because it was password protected.

After consulting with his police chief over the phone, Huston asked Holmes to retrieve other electronics belonging to Lichtenberger. She gave him Lichtenberger's cell phone, flash drive, and some marijuana. Huston then left the premises with those items, the laptop, and its power cord.
U.S. v. Lichtenberger, supra.
The judge then took up the issue Lichtenberger raised in his motion to suppress, noting that the 4th Amendment “establishes [the] `right of the people to be secure in their persons, houses, papers and effects, against unreasonable searches and seizures.’ U.S. v. Lichtenberger, supra.  As I have noted in prior posts, the 4th Amendment only applies to “state action,” i.e., to searches and seizures that are carried out by agents of the state, such as police officers.  As this judge explained, under the
private search doctrine, . . . this protection applies only to government action. U.S. v. Jacobsen, 466 U.S. 109 (1984). It is`wholly inapplicable “to a search or seizure, even an unreasonable one, effected by a private individual not acting as an agent of the Government or with the participation or knowledge of any governmental official.”’ U.S. v. Jacobsen, supra (quoting Walterv. U.S., 447 U.S. 649 (1980) (Blackmun, J., dissenting)).
U.S. v. Lichtenberger, supra.
That exception would seem to apply here, since Holmes was not an officer nor was she apparently acting as an agent of the police.  Lichtenberger, though, claimed motion to suppress the evidence Holmes turned over to the police should be suppressed
for four reasons: 1) the private search doctrine does not apply to private residences; 2) Holmes acted as an agent of Officer Huston; 3) Huston's search exceeded the scope of Holmes's initial search; and 4) in any event, Huston did not have probable cause to search the computer.
U.S. v. Lichtenberger, supra.  The judge then analyzed each argument, in order.
As to the first issue, Lichtenberger argued that the private search doctrine,
as articulated in Jacobsen, supra, does not apply in this case because the [U.S. Court of Appeals for the 6th Circuit] has refused to extend its applicability to private residences per its holding in U.S. v. Allen, 106 F.3d 695 (U.S. Court of Appeals for the 6th Circuit 1997). Thus, [Lichtenberger] contends that because he resided in the home in which he kept his laptop and it was password protected, he had a legitimate and significant privacy interest which Officer Huston unreasonably breached.

The government argues Allen is not applicable in this case because neither Holmes nor Huston conducted a search of the residence bur rather a search of only Lichtenberger's laptop. Relying on Jacobsen, supra, the government contends that the search of the laptop is akin to the search of a suitcase, locker, or container -- not an entire residence.
U.S. v. Lichtenberger, supra.
The judge noted that in Jacobsen, Federal Express employees opened a package
damaged in transit. Inside the package was crumpled newspapers covering a ten-inch tube. The employees cut open the tube and found four zip-lock plastic bags containing white powder. . . .They called the Drug Enforcement Administration (DEA) and then put the bags back in the tube and the tube and newspapers back into the box. When the DEA agent arrived, he saw the open box and removed the four bags from the tube, opened them, and identified the white substance inside them as cocaine. . . .

The Supreme Court held that the Fed Ex employees' initial search was a private action that did not violate the Fourth Amendment because of their private character. . . . Reasoning that the DEA agent acted merely to confirm the Fed Ex employees' recollection, the Court further held that the DEA agent's viewing `of what a private party had freely made available for his inspection did not violate the 4th Amendment.’ . . .
U.S. v. Lichtenberger, supra (quoting U.S. v. Jacobsen, supra).
He also noted that in U.S. v. Allen, supra,
the manager of a motel suspected [Allen] did not pay his bill so she entered his motel room with her key to see if he was still there. She observed large quantities of marijuana in the bathroom as well as bricks of marijuana laying in open dresser drawers. . . . She then called the police who entered the motel room and viewed it for about fifteen seconds, observing the marijuana. The officers left the room and waited for [Allen] to return to the motel room whereupon they arrested him.
U.S. v. Lichtenberger, supra.
The judge also pointed out that the 6th Circuit’s opinion in U.S. v. Allen, supra, “distinguished the motel room from the package in Jacobsen, noting that the package only contained contraband while the motel room was a temporary residence containing personal possessions.”  U.S. v. Lichtenberger, supra.  The 6th Circuit found Allen’s “privacy interest was extinguished because his rental period had elapsed and thus he no longer had a legitimate expectation of privacy in the room”, which meant the motel manager’s consent to search the room did not implicate Allen’s 4th Amendment rights. U.S. v. Lichtenberger, supra.
This judge found the prosecution’s argument “persuasive” because “[u]nlike Allen,” the
officer here did not search Lichtenberger's residence -- only his laptop. Holmes called the police to her house and Huston spent time only in the kitchen, a space shared by Holmes, her mother, and Lichtenberger. In Allen, the officers searched the defendant's entire residence which had been under only his control until the manager entered it. . . .

The government contends that because Holmes was the person who hacked into the laptop, clicked on the folders, and controlled the laptop, there was no governmental action.  Finally, the government contends that Huston's actions to boot up the computer and enlarge three or four images were merely to confirm Holmes's complaint. In other words, he never participated or affirmatively encouraged Holmes's private search.
U.S. v. Lichtenberger, supra.
Lichtenberger, on the other hand, argued that the prosecution was
conflating the first and second searches. He agrees that the first search, in which Holmes discovered the child pornography, is not government action. He contends that the second search is, however, because Officer Huston actively directed Holmes to conduct the search, thereby making her an agent of the government.

Lichtenberger argues that Huston specifically asked Holmes to boot up the computer and show him the pictures. He contends that when Holmes showed him the images, per his request, her intent was not entirely independent of the government's intent to collect evidence. At that point, she was directly following his instructions and, accordingly, her intent was to assist him in his investigation.
U.S. v. Lichtenberger, supra.
The judge agreed with Lichtenberger, explaining that
[i[t is uncontested that the first search was entirely a private action. Thus, the fact the police officers did not ask or encourage Holmes to search for evidence when they arrested Lichtenberger is simply of no relevance. As Holmes testified, she acted out of curiosity.

The second search, however, constitutes government action. When Huston came to Holmes's residence, he gave her several directions. He directed her to boot up the laptop and she complied. He asked her to see the images and she showed him. Even though he was not touching the laptop, he would not have seen the images without instructing Holmes to show them to him.  By giving her instructions and directing her actions, she became an agent of the officer. . . .
U.S. v. Lichtenberger, supra.

He also noted that Huston
specifically asked Holmes to open the laptop and show him the images. He was actively directing her, not merely passively viewing. Thus, this second search was not private in nature. It was at the behest of Huston, who, arguably, could have gotten a warrant to search the laptop. Holmes opening the closed laptop is no different than someone opening a door because an officer told her to do so. Likewise, Holmes opening the laptop files was no different than if she had been told to open dresser drawers, a closet, or a physical file cabinet. Both activities were at the direction and subject to the control of the officer.
U.S. v. Lichtenberger, supra.
The judge therefore held that “the government violated [Lichtenberger’s] 4th Amendment rights by searching his laptop without getting a warrant,” which means that the other arguments Lichtenberger raised in his motion to suppress were “moot”, i.e., it was not necessary to address them to resolve the issues raised by the motion.  U.S. v. Lichtenberger, supra.  He consequently ordered that the motion to suppress “be, and the same hereby is granted.”  U.S. v. Lichtenberger, supra.

Posted by Susan Brenner at 8:14 AM