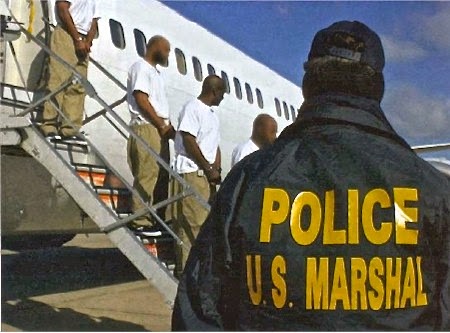 Freed was charged at Count Three with coercing yet another minor, A.W., to engage in sexually explicit conduct for the purpose of producing a visual depiction in violation of 18 U.S. Code §§2251(a) and (e). . . .  Count Four leveled a similar charge but with respect to Freed's interactions with another minor, A.S. . . .

Brief for Appellee, supra.  Basically, Freed was prosecuted for what is colloquially known as “sextortion.”  If you are interested, you can read more about the conduct that led to Freed’s being prosecuted in the news stories you can find here and here.
“On March 1, 2012, Freed pleaded guilty to all counts”.  Brief for Appellee, supra.  The
United States Probation Office for the Western District of Pennsylvania conducted a pretrial investigation and submitted its report on May 24, 2012. The Probation Officer determined that Freed's total offense level was 44. . . . The corresponding advisory sentencing range called for a term of life imprisonment. . . .

Brief for Appellee, supra.  On October 1, 2012, he “was sentenced to an aggregate term of imprisonment for a period of 240 months to be followed by a life term of supervised release”.   Brief for Appellee, supra.  Freed was sentenced under the standards and procedures established by the U.S. Federal Sentencing Guidelines; the article you can find here explains how sentencing works under the Guidelines.
Freed then appealed,
arguing that the District Court [Judge] committed procedural error by not considering all the pertinent sentencing factors and by failing to explain why the mandatory minimum prison term of 15 years that applied in this case was inadequate. He also asserts that the 20 year-prison term is substantively unreasonable.

U.S. v. Freed, 2014 WL 1778037 (U.S. Court of Appeals for the 3d Circuit 2014).
The Court of Appeals began its opinion by noting that “[w]e write primarily for the parties, who are familiar with the facts and procedural history of this case”, and therefore “set forth only those facts necessary to our analysis.”  U.S. v. Freed, supra. It explained that
[s]ome time in 2010, Freed found a cell phone belonging to his then 15 or 16 year old stepdaughter and containing sexually explicit pictures of her and her teenage friends. After obtaining the cell phone images, Freed opened a Facebook account and a fake email address in his stepdaughter's name.

He also set up email addresses in the names of nonexistent individuals and purchased a prepaid cell phone that he used to pose as fictional persons. Freed maintained control over the prepaid cell phone as well as the fake Facebook account and email addresses. He contacted the girls in the photos contained on his stepdaughter's cell phone using the phony forms of communication in order to obtain more sexually explicit pictures of them by posing as one of their peers or by pretending to be his stepdaughter.

Once a girl had sent him photos, Freed would extort, or attempt to extort, the production of more images by threatening to publish images already in his possession. When one victim denied Freed's request for additional photos, Freed distributed explicit pictures of the girl to her family and classmates.

Freed even targeted and tormented his stepdaughter, who lived with Freed for over 10 years. Not knowing that Freed was the person extorting her for sexually explicit pictures, the stepdaughter confided in Freed about the `person’ who was threatening her and told him that she was contemplating suicide as a result. Freed advised his stepdaughter to comply with the `person's’ demands. He then continued extorting her for more sexually explicit images.

U.S. v. Freed, supra.
It also explained that Freed’s conduct eventually became the focus of a
law enforcement investigation. On May 25, 2011, the Pennsylvania State Police conducted a planned traffic stop of Freed. Inside his vehicle, police found the prepaid cell phone used to solicit, extort and receive sexually explicit photos of Freed's stepdaughter and her peers. The phone contained about 700 such images. Law enforcement officials found similar photos on Facebook and email accounts that Freed had created.

U.S. v. Freed, supra.  He was then, as noted above, arrested, charged and eventually pled guilty.  U.S. v. Freed, supra.
When the District Court Judge was deciding what sentence to impose, Freed filed a
sentencing memorandum requesting that the [judge] sentence him to the mandatory minimum of 15 years' imprisonment. He argued for this substantial downward variance from his advisory Guidelines range based on the anonymous nature of the offense as well as his personal background and family situation. Freed asserted that this case is not one `where young children are forced to submit to unimaginable sexual exploitation. . . .’

Rather, Freed argued, `[t]his is a sexting case,’ for which a 15 year sentence is reasonable. . . . Freed also filed a report from Dr. Allen Pass, a psychologist who treated Freed as part of a `Structured Sexual Offender Treatment Program,’ indicating that Freed presented a medium to low risk of reoffending.

U.S. v. Freed, supra.  At his sentencing, Freed also had his wife, co-worker and family members testify as to his “positive attributes” ask the court “for leniency.”  U.S. v. Freed, supra. Dr. Pass also testified and conceded, on cross-examination, that “sexual offender recidivism statistics are inherently flawed”.  U.S. v. Freed, supra.
The court also noted that, in arriving at Freed’s sentence, the District Court Judge
acknowledged a number of mitigating factors that warranted a substantial variance below the advisory Guidelines range of life imprisonment. But the District Court also recognized the heinous nature of Freed's criminal conduct, in that he had exploited his own stepdaughter and inflicted horrendous damage on his teenage victims. . . . .

U.S. v. Freed, supra.
In arriving at that conclusion, the judge “specifically referenced the impact Freed's conduct had on his victims”, some or all of whom apparently testified at the sentencing hearing:
`One of the high school victims stated for eight months I was tortured by this monster. The victim impact statements describe the mental torture, manipulation, threats to them and younger siblings and other family members of the victims which had devastating emotional effects on these children, along with fear and shame, which continues to this day.’

`They are experiencing great difficulty getting over the outrageous experience to which you subjected them. From the presentence report we know that your victims describe how you used coercion and deception to induce and to attempt to induce these young teen-age female victims to produce more and more sexually explicit photographs of themselves and then send the images to you by cell phone text messages.’

U.S. v. Freed, supra (statement of the judge).  The judge also noted that Freed “distributed pornographic `images to family members and classmates when [he] did not get [his] way with the girls.’” U.S. v. Freed, supra.
The judge also found that the evidence of sentence mitigating factors was “`outweighed’” by other aspects of his crimes:
`Mr. Freed, your criminal conduct in this case is deeply disturbing. You intentionally sought to inflict serious life-altering mental and sexual abuse on teen-age girls who were total strangers through and on your own stepdaughter who lived with you in your own home.’ . . .

`[Y]ou are not charged with and are not being sentenced today for any criminal conduct actually involving abuse of your stepdaughter, however, she was your chosen conduit to abuse others for your personal sexual gratification and that conduct is relevant in evaluating the sentencing factors in this case.’

`You engaged in substantial planning over many, many months to bring your schemes to fruition, including the use of fake identity, creation of a Facebook account in your stepdaughter's name, two Yahoo email addresses and numerous efforts to coerce and deceive and/or induce 15-and 16-year-old victims to provide and produce to you sexually explicit images.’

`Once you possessed one image, you would then distribute it, unless the victim sent additional more graphic explicit images and you did, in fact, make good on your threats if you didn't get your way.’

`You never voluntarily abandoned your scheme. Instead, you were arrested and caught red-handed. The prepaid cell phone and online accounts you created contained many images engaged in sexually explicit conduct, including from the victims in this case.’

U.S. v. Freed, supra.  He also rejected Freed’s characterizing his conduct as “a sexting case gone bad”, noting that “`I find that characterization offensive.’” U.S. v. Freed, supra.
The District Court Judge therefore found that
`[y]our conduct goes far beyond the mere possession or distribution of sexting photographs. Instead, it involves severe, prolonged psychological manipulation of young teen-age girls, that you reportedly experienced more enjoyment from the cat and mouse game and from looking at the photographs does nothing to minimize the seriousness of the harm you inflicted upon innocent victims.’

`This was no game for them. Your conduct was unimaginable, unforgettable, and without justification under any legal or moral code.’

`You merit a substantial term of imprisonment. Indeed, by statute, Congress has required an absolute minimum sentence to 15 to 30 years imprisonment and the Sentencing Guidelines call for life.’

U.S. v. Freed, supra.
The judge therefore sentenced Freed as follows:
`While there are mitigating factors . . . , , they are not of a degree or nature that warrant an extreme departure . . . from the recommended guideline sentence to the statutory mandatory minimum sentence.

U.S. v. Freed, supra.
The Court of Appeals noted that it considers two factors in reviewing a sentence:  “We first review for procedural error” and “[i]f we find no procedural error, we must determine whether the sentence is substantively reasonable.”  U.S. v. Freed, supra.
Freed claimed the District Court Judge “omitted procedural error by focusing on the nature and circumstances of the offense to the exclusion of the other [18 U.S. Code] § 3553(a) factors, and by failing to explain why a prison term of 15 years was inadequate”, but the Court of Appeals did not agree. U.S. v. Freed, supra.
The record [is]clear that the District Court gave thoughtful consideration to each § 3553(a) factor. In addition to the nature and circumstances of the offense and the victim impact statements, the [Court] made explicit reference to Freed's mental and physical condition, as well as Freed's education and vocational skills. The Court also . . . discussed Dr. Pass's opinion that Freed . . . presented a low risk for sexual offense relapse.

Contrary to Freed's assertions, the Court did not overlook any mitigating factor in Freed's background. It concluded, however, that `[w]hile there are mitigating factors in [the] 3553(a) analysis, . . . they are not of a degree or nature that warrant an extreme departure . . .from the recommended guideline sentence to the mandatory minimum sentence.’

Nor was the 20 year prison term substantively unreasonable. In light of Freed's outrageous conduct, it simply cannot be said that `no reasonable sentencing court would have imposed the same sentence on [Freed] for the reasons the district court provided.’ U.S. v. Tomko, 562 F.3d 558 (U.S. Court of Appeals for the 3d Circuit 2009).


The Court of Appeals therefore affirmed Freed’s conviction and sentence. U.S. v. Freed, supra.
Posted by Susan Brenner at 6:50 AM