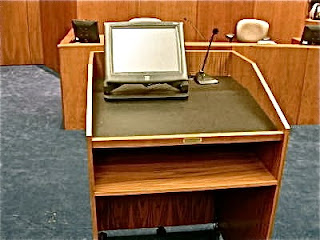 As Wikipedia notes, the Electronic Communications PrivacyAct of 1986 [ECPA],


(codified at 18 U.S. Code §§ 2510–2522) was enacted by the United States Congress to extend government restrictions on wire taps from telephone calls to include transmissions of electronic data by computer. Specifically, ECPA was an amendment to Title III of the Omnibus Crime Control and Safe Streets Act of 1968 (the Wiretap Statute), which was primarily designed to prevent unauthorized government access to private electronic communications.

We will come back to ECPA.  First, the facts.  The opinion says that when the events that gave rise to this suit arose, Seitz was “a real estate professional” and Welter was “an Elgin police officer.” Seitz v. City of Elgin, supra. It also says that

Debra Seitz and Greg Welter are partners who own in part Wasco Investment Corp., a property management company. Although the partnership totals six, Seitz and Greg run the company's day-to-day operations. . . . To facilitate Wasco's operations, both Seitz and Greg created Yahoo! email accounts.

In August 2010, a City employee approached Seitz with copies of emails that she [the employee] and Greg had exchanged using the email accounts. The emails showed that Greg had used the Law Enforcement Agencies Data System (`LEADS’) to research cars parked in front of Wasco properties. Illinois . . . limits use of LEADS to criminal justice purposes. See Illinois Admininstrative Code tit. 20, § 1240.80(a), (d).  A few days later, Elgin's police chief confronted Greg with the emails and notified him of a coming misconduct investigation regarding his use of LEADS.

The City officials had obtained the emails through an anonymous letter sent to Elgin's corporation counsel. Tamara, a fellow Elgin police officer, and Robert Beeter were allegedly behind that letter. They accessed Greg's email account, read through emails stored on that account, printed the emails at the heart of this litigation, and conveyed those print-outs to the corporation counsel under cover of anonymity.


[s]omeone -- who the plaintiffs believe to be Beeter or Tamara Welter -- anonymously mailed printouts of some of the emails to a city official. As a result, the lawsuit says, in August 2010 Police Chief Jeff Swoboda showed Greg Welter the printouts and warned the lieutenant he was going to be investigated for alleged misconduct. A few days later, Greg Welter resigned from the police force.

The lawsuit claims that by using emails that were illegally obtained, Swoboda, City Corporation Counsel Bill Cogley and Elgin Professional Standards Officer James Barnes violated Greg Welter’s and Seitz’s right to privacy and became accessories to the breaking of federal wiretapping laws. The suit asks that the city pay Greg Welter and Seitz an unspecified amount in damages, and that city officials erase and keep secret all information in the emails.

You can read more about the facts in this other news story. Since it says the email account was “hacked,” I assume Tamara and Robert did not have Greg’s permission to access it. And, finally, this news story from last May reported that Beeter was arrested after being charged with “identity theft” and “misconduct”, apparently in connection with the conduct at issue in this case.

The City of Elgin (“City”) responded by filing a motion under Rule 12(b)(6) of the Federal Rules of Civil Procedure to dismiss the claim against it on several grounds, one of which was that “the Federal Wiretap Act (FWA)” does not create “a cause of action against municipalities.  Seitz v. City of Elgin, supra.  As Wikipedia notes, a Rule 12(b)(6) motion


is how lawsuits with insufficient legal theories underlying their cause of action are dismissed from court. For example, assault requires intent, so if the plaintiff has failed to plead intent, the defense can seek dismissal by filing a 12(b)(6) motion.

When a defendant files such a motion, the issue for the court to decide is whether the plaintiff’s claim is legally viable.  The motion does not require the court to decide what facts are true and what are not; that will be for the jury if and when the case goes to trial.


Abbott v. Village of Winthrop Harbor, 205 F.3d 976 (U.S. Court of Appeals for the 7th Circuit 2000), controlled: because the FWA prohibited `persons’ from intercepting communications and did not extend its definition of `person’  to municipalities, the FWA authorized no cause of action against municipalities.  Abbott v. Village of Winthrop Harbor, supra.

The Court of Appeals then turned to the City’s argument, noting that the FWA confers a


civil cause of action on `any person whose wire, oral, or electronic communication is intercepted, disclosed, or intentionally used in violation of this chapter.’ 18 U.S. Code § 2520(a).  The aggrieved party may sue `the person or entity, other than the United States, which engaged in that violation.’ Id. The statute did not always read this way, however. Initially, it authorized recovery only against `the person who violated the FWA.  Abbott v. Village of Winthrop Harbor, supra.

As to whether the City of Elgin could be a person, the Court of Appeals explained that


the FWA also defines `person.’ A person is `any employee, or agent of the United States or any State or political subdivision thereof, and any individual, partnership, association, joint stock company, trust, or corporation. 18 U.S. Code § 2510(6). The plain text of that definition -- which has remained unchanged since passage of the original act in 1968 --does not extend to government units. Instead, it reaches only employees or agents of a government.

The Senate Report accompanying the original bill confirmed this meaning: `The definition explicitly includes any officer or employee of the United States or any State or political subdivision of a State. . . . Only the governmental units themselves are excluded. . . . Otherwise the definition is intended to be comprehensive.’  Amati v. City of Woodstock, Ill., 829 F. Supp. 998 (U.S. District Court for the Northern District of Illinois 1993) (quoting Senate Report No. 90–1097 (1968). . . .

The plaintiffs argued, however, that Congress’ including the word “entity” in the 1986


amendments brought municipalities within the scope of § 2520.

And if `entity’ referred only to business or nonprofit corporations and associations, the 1986 amendments would add nothing to the statute because the definition of `person’ already included such organizations. We must give effect to each word when interpreting statutes, . . . and defining `entity’ to reach only organizations already defined as `persons’ would render `entity’ superfluous.

The Court of Appeals agree with the Plaintiffs that “entity” as used in 18 U.S. Code § 2520 “includes government units,” but found that the Plaintiffs “nevertheless have no cause of action against the City for the specific FWA violations alleged here.” Seitz v. City of Elgin, supra. It noted that § 2520

itself creates no substantive rights. Rather, it simply provides a cause of action to vindicate rights identified in other portions of the FWA, specifically communications `intercepted, disclosed, or intentionally used in violation of this chapter.’ § 2520(a) (emphasis added). . . . Thus, we must look to the scope and nature of the specific substantive right plaintiffs accuse defendants of violating to determine whether plaintiffs may assert that right against a municipality.

And because § 2520 creates a cause of action only for `violation[s] of’ the FWA, it necessarily follows that § 2520 confers a cause of action to enforce § 2511(1) only against persons as defined by the statute.  We therefore reaffirm the conclusion of Abbott v. Village of Winthrop Harbor, supra, even though `entity’ includes government units, § 2520 provides no cause of action against a municipality for violations of § 2511(1) because nothing in the 1986 amendments altered the scope of the substantive violation by expanding it beyond `persons’ as defined in the FWA.

Plaintiff's suggestion that the PATRIOT Act created such a cause fails for the same reason: Like the 1986 amendments, the PATRIOT Act amendments made no change to the scope of § 2511(1). That provision continues to apply only to a `person.’

The Court of Appeals concluded its opinion by explaining that

[t]o sum up, the 1986 amendment permits suit against governmental units through the addition of `entity’ to the statutory text. But it does so only for substantive provisions that identify an `entity’ as a potential violator of that provision. Any conclusion otherwise ignores at least some part of the statutory text. If `entity’ does not extend to government units, it adds nothing to the statute. And if we subject governmental units to suit for violations of § 2511(1), we ignore the statute's use of `person’ rather than `person or entity.’ Our interpretation avoids both of these pitfalls, giving due weight to the addition of `entity’ while remaining faithful to the plain text of § 2511(1).