Harassment, Emails and the Passionate Fan 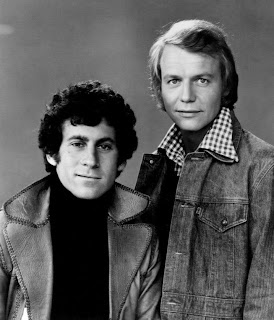 In 2011, Paul Michael Glaser obtained a six-month civil harassment restraining order under California Code of Civil Procedure § 527.6 against Pamela Meserve. Glaser v. Meserve, 2013 WL 1460339 (California Court of Appeals 2013). When that order expired and Meserve “resumed her harassment,” he “obtained a three-year injunction” against her, after which Meserve “appealed the second order.  Glaser v. Meserve, supra.

According to this opinion, Glaser “was an actor on the 1970's television show Starsky and Hutch”, after which “he became a director and later an author.” Glaser v. Meserve, supra. At some point in 2000, Meserve approached Glaser to see if he was interested

in a Web site she had developed for him, and he agreed she could maintain it. Over time, he communicated with her about the Web site, seeking her assistance in handling fan mail. She also began sending gifts to Glaser. [Meserve] was living in the Boston area and Glaser thanked her for the gifts by telephone, thinking of her as a passionate fan.

In 2008, [Meserve] flew to London to see Glaser in a play and attended over 20 performances. Also in 2008, [she] moved from Boston to the same Venice neighborhood to which Glaser had recently relocated. She constantly appeared in front of his apartment, and though Glaser's children questioned her behavior, Glaser tried to remain friendly with her.

At about the same time, Glaser decided to self-publish his first book, Chrystallia, and asked [Meserve] for her assistance. As early as 2007, [she] had been providing Glaser with editorial comments on the book. Glaser offered to compensate [Meserve] for her time on publishing, and according to [her], she was to receive five percent of the royalties generated from book sales.

According to Glaser, after working with [Meserve] for approximately six to nine months, he realized his self-publishing efforts were not going to work. He retained professionals, who after two meetings with [her] said they would be unable to work with her, as her behavior disturbed them. Glaser terminated her, but told her he would compensate her for her time once the book made a profit.

[Meserve] continued to contact Glaser and his friends and colleagues, and ultimately moved in with [his] next-door neighbor. She would sit on the stairs opposite Glaser's kitchen door while working on her computer. And at some point she lived only in her car, parked near Glaser's home.

Glaser applied for the harassment restraining order on April 15, 2011, on the grounds that Meserve “had been continuously lurking near his home, following him and excessively e-mailing him.” Glaser v. Meserve, supra. In a letter attached as support for the order, Glaser said Meserve “`exhibits both a rational and very irrational side and has continued to impose herself on me and my life despite my requests for her to desist.’” Glaser v. Meserve, supra.  Meserve “objected to the application and wrote a letter to the court in opposition, attaching two letters of recommendation from Glaser and a number of e-mail exchanges between” them.  Glaser v. Meserve, supra.

At a May 5, 2011 hearing on his application for the order, Glaser testified that after he

terminated her, she kept showing up in his neighborhood and approaching visitors to his home, sometimes leaving notes on their cars and sometimes pleading her case in person. He was also concerned that [she] had moved into the apartment just behind his, despite his requests to stay away. He stated that although [Meserve] had not made any threats that would lead him to fear for his physical safety, he did fear for his safety as a result of her irrational behavior.

Glaser applied for a second restraining order on January 25, 2012. Glaser v. Meserve, supra. In his application, he said that Meserve had resumed

calling him and e-mailing him constantly; that she walked where he was walking, sometimes circling back just to interact with him; and that she blogged on his Facebook and Twitter accounts, representing herself as his `liaison.’ He attached some of her recent e-mails. He sought a three-year restraining order and asked that [she] be ordered to keep at least 100 yards away from him, his family and certain business colleagues.

At the end of the hearing, the judge “issued a three-year restraining order” commenting that Meserve “had contacted Glaser excessively, even after he asked her not to,” and said he “understood why Glaser was concerned.” Glaser v. Meserve, supra. The judge told Meserve,

`[e]ven though you yourself may not appreciate how your conduct appears to others, I will tell you from an objective point of view, it appears excessive. And I am concerned with the fact that you specifically started when the first restraining order ended and you stopped as soon as you were served with this. So even though you say you can control yourself, I'm not confident that you can.’

In appealing the second order, Meserve argued that it “was not supported by substantial evidence.”  Glaser v. Meserve, supra.  The Court of Appeals began its analysis of her argument by noting that California Code of Civil Procedure § 527.6

was designed to supplement existing law by providing an expedited procedure to harassment victims and was `enacted to protect the individual's right to pursue safety, happiness and privacy as guaranteed by the California Constitution.’” Grant v. Clampitt, 56 Cal.App.4th 586, 65 Cal.Rptr.2d 727 (California Court of Appeals 1997).

The court also explained that California Code of Civil Procedure § 527.6(b)(3) defines

`harassment’ as `unlawful violence, a credible threat of violence, or a knowing and willful course of conduct directed at a person that seriously alarms, annoys, or harasses the person and serves no legitimate purpose. The course of conduct must be such as would cause a reasonable person to suffer substantial emotional distress, and must actually cause substantial emotional distress. . . .’

Subdivision (b)(1) defines `course of conduct’ as `a pattern of conduct composed of a series of acts over a period of time, however short, evidencing a continuity of purpose, including following or stalking an individual, . . . or sending harassing correspondence to an individual by any means. . . .’ (California Code of Civil Procedure § 527.6(b)(1))

The court then addressed the issues raised in this appeal, noting, first that to support the
“issuance of an injunction” under these standards, Glaser “was required to show that [Meserve] had engaged in a course of conduct constituting harassment that would both cause a reasonable person and actually caused him to suffer substantial emotional distress.”  Glaser v. Meserve, supra.

It found, first, that the evidence showed Meserve engaged in a course of conduct that

both annoyed and harassed Glaser, and served no legitimate purpose. Even assuming [Meserve] had a legitimate basis to contact Glaser while she was working with him on his book, . . . by January 2011 the parties no longer had a working relationship. Nonetheless, [she] continued to e-mail and call Glaser, to walk by his home and to approach him in person, even though he told her he wanted nothing to do with her. There was sufficient evidence to show that her contact had no legitimate purpose.

And after the first restraining order expired, [Meserve] wrote in a January 2012 e-mail, `Paul . . . don't you think that maybe fate brought us together? Or maybe in our next life, when we meet again, we will really know that the reason we ARE here IS to help each other . . . to appreciate the gift of each other, what we can learn from each other and teach [each] other with open kindness, understanding and compassion. . . .’

harassment would cause a reasonable person to suffer substantial emotional distress. [Her] conduct was akin to that of the defendant in R.D. v. P.M., 202 Cal.App.4th 181, 135 Cal.Rptr.3d 791 (California Court of Appeals 2011). There, the court found substantial evidence supported the conclusion that a reasonable person would have suffered substantial emotional distress as a result of the defendant's unwanted contacts with the plaintiff spanning almost one year. . . .

The defendant . . . engaged in conduct including confronting the plaintiff at a local market, posting negative consumer reviews on the Internet and distributing flyers with disparaging messages about the plaintiff, and engaging in volunteer activities at the plaintiff's children's schools. . . .

Here, beyond her unwanted contact with Glaser, [Meserve] similarly blogged on Glaser's Facebook and Twitter Web sites, contacted his children and volunteered for a foundation he founded on behalf of his deceased wife. Correspondingly, this evidence supported the conclusion that Glaser had suffered substantial emotional distress. . . .

Meserve then claimed “there was insufficient evidence to show that her actions caused substantial emotional distress, either objectively or subjectively.”  Glaser v. Meserve, supra.  The court explained that “emotional distress” is “generally understood” to

include, among other emotions, fright, nervousness, anxiety, humiliation and worry. . . . `Section 527.6 does not define the phrase ‘substantial emotional distress.’ However, in the analogous context of the tort of intentional infliction of emotional distress, the similar phrase ‘severe emotional distress' means highly unpleasant mental suffering or anguish ‘from socially unacceptable conduct’ [citation], which entails such intense, enduring and nontrivial emotional distress that ‘no reasonable [person] in a civilized society should be expected to endure it.’ (Schild v. Rubin, 232 Cal.App.3d 755, 283 Cal.Rptr. 533 (California Court of Appeals 1999)).

The court also noted that, in entering the restraining order, the trial judge

explained to [Meserve] that she had `really gone overboard and beyond the pale. And I understand why Mr. Glaser is concerned.’ Substantial evidence supported the trial court's conclusion that Glaser should not have been expected to endure [Meserve’s] excessive and accusatory e-mails, unwanted personal contact and irrational behavior.

suffered substantial emotional distress. Evidence satisfying the subjective prong of § 527.6 may be circumstantial. . . . Ensworth v. Mullvain, 224 Cal.App.3d 1105, 274 Cal.Rptr. 447 (California Court of Appeals 1990). . . . [T]he Ensworth court rejected the proposition that direct testimony is required to establish that a plaintiff actually suffered substantial emotional distress; it found sufficient the plaintiff's testimony that the defendant followed and spied on her, repeatedly drove around her house, made numerous phone calls and sent threatening letters, and contacted other professionals in the community in an effort to harm the plaintiff's reputation. Ensworth v. Mullvain, supra.

Here, in addition to testifying about [Meserve’s] conduct, Glaser testified at the first hearing that he had gotten to the point where he could not control or manage [her] behavior and that, because of her irrational behavior, `I fear for my safety.’ At the second hearing, he reiterated that he did not believe [she] was able to stop herself from contacting him, and he felt as if he were being pursued.

He worried that if [Meserve] was incessantly e-mailing, calling and approaching him, he did not know whether she was capable of more. Any further evidence on the point would have been cumulative. . . .

For these and other reasons, the Court of Appeals affirmed entry of the second restraining order.  Glaser v. Meserve, supra.  The  story you can find here adds some comments about this case.
Posted by Susan Brenner at 7:46 AM