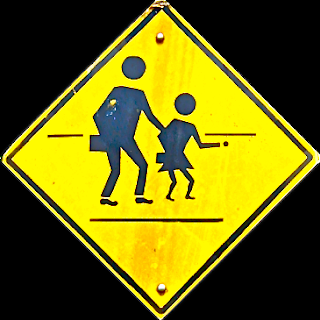 Here’s how the suit arose:

R.S. was a twelve year old, sixth grade student at Minnewaska Area Middle School in . . . Glenwood, Minnesota (`District’). . . . Sometime in early 2011, R.S. posted a message to the `wall’ of her account on the internet website www.facebook.com’ . . . about a particular adult hall monitor at school (`Kathy’). . . .

She wrote something to the effect of: `[I hate] a Kathy person at school because [Kathy] was mean to me.’ . . . R.S.'s posting . . . was intended to be accessible by her Facebook `friends,’ but not by members of the general public. Facebook's website is inaccessible from school computers, and R.S. posted the message from home, outside of school hours.

Apparently, one of R.S.'s Facebook `friends’ . . . viewed and recorded the message about Kathy, as [it] made its way to school Principal Pat Falk. . . . Falk called R.S. to his office and told [her] he considered the message . . . impermissible bullying. . . . Falk required R.S. to apologize to the hall monitor and gave her a detention, for behavior described in disciplinary records . . . `rude/discourteous’ and `other.’ . . .

R.S. was disciplined once more when she published a second message on her Facebook wall which stated: `I want to know who the f% $# told on me.’ School disciplinary records indicate R.S. was punished for `insubordination’ and `dangerous, harmful, and nuisance substances and articles.’ . . . R.S. was given a one-day in school suspension and was also prohibited from attending a class ski trip. . . .

That, though, was not the end of the matter:

[O]n or around March 10, 2011, school officials received information from the guardian of a male student who complained [he] was communicating with R.S. about sexual topics via the internet. . . . A school official called S.S. and told [her] the boy admitted he initiated the online conversation about sex. . . .

On the same day, a school counselor -- Mary Walsh -- called R.S. out of class to ask her about the alleged conversations. R.S. [said] she had been talking about “naughty things” with her classmate via the internet, off school grounds, and outside school hours. . . .

Walsh allowed R.S. to return to class, but R.S. was called out of class a second time the same day. . . . [She] was taken to a room in the administrative office, which apparently was the office of Deputy Sheriff Gilbert Mitchell, who was assigned to the school.

In the room were Walsh, Mitchell, and an employee unknown to R.S. named in the complaint as Jane Doe. . . . Mitchell wore his police uniform and a taser. . . . The three asked R.S. about her conversations with her male classmate, and she again stated that she had been talking with him about naughty things. . . .

The officials logged into R.S.'s Facebook account, viewing her public postings along with her private messages. . . . While R.S. is certain [they] searched her Facebook account, she is not sure if they also searched her private email account because she could not see the computer screen. . . . The officials spent approximately fifteen minutes searching R.S.'s communications, both public and private, apparently in an effort to find R.S.'s `naughty’ discussion with her classmate. . . .

The[y] did not limit their search to R.S.'s public messages. They expressed surprise [she] had used profanity in some of her Facebook communications. . . . They also allegedly viewed and commented on the fact that R.S. had taken `one or more online Facebook “fun and funny” sex quizzes and posted the result of some of those quizzes.’ All three of the officials . . . examined R.S.'s private correspondence. . . . At no point did they ask R.S. for permission. . . .

After the search, Walsh called S.S. and left a voicemail, relaying to her the events of the day, including the search of R.S.'s Facebook account. . . . When she returned home, R.S. cried and felt `depressed, angry, scared, and embarrassed.’ She feared school officials would again access her Facebook account or punish her. . . . She did not attend school for two days . . . and . . . fell behind in her school work. . . .

The lawsuit alleges several causes of action, but we are only concerned with two of R.S.’ claims, both of which allege civil rights violations under 42 U.S. Code § 1983.  One is that punishing her for “out-of-school wall postings violated her 1st Amendment right to free speech.”  R.S. v. Minnewaska, supra. The other is that the officials’ “search of R.S.'s private Facebook account” violated the 4th Amendment.  R.S. v. Minnewaska, supra.

The judge first ruled on the defendants’ argument that the school district could not be held liable because, as the Supreme Court noted in Connick v. Thompson, 131 S.Ct. 1350 (2011), that to impose liability on local governments and their agencies, a plaintiff must show the violation was the result of “official municipal policy”.  R.S. v. Minnewaska, supra.  In other words, a government entity cannot be held liable for what one or more employees did on their own.  He found that R.S. had alleged facts which, if proven, would show that the school had “a custom of punishing and searching private out-of-school online communications”.  R.S. v. Minnewaska, supra.

The defendants next argued that R.S.’ 4th Amendment claim was not viable because they “question[ed] whether R.S. had a reasonable expectation of privacy with respect to the private information posted to her Facebook account and private communications that she made with other students via Facebook.”  R.S. v. Minnewaska, supra.

As I have noted before, in Katz v. U.S., 389 U.S. 347 (1967), the Supreme Court held that to constitute a “search” that can violate the 4th Amendment, official action (like that of the three officials involved here) must violate a reasonable expectation of privacy, which would mean, here, that R.S. (i) subjectively believed her Facebook account and data were private and (ii) society accepts that belief as objectively reasonable.  For more on that, check out this prior post.

The judge found that R.S. did have such an expectation of privacy:

Facebook provides different means of communication. Postings to a user's `wall’ are generally accessible by the user's Facebook `friends,’ a potentially large group of acquaintances. Other sorts of messages operate in the same manner as email -- that is, they are sent from one user to one or more other specified users. They are not open to perusal by one's `friends’ or by the general public.

Courts have long recognized that a person's reasonable expectation of privacy `turns in large part' on their `ability to exclude others from the place searched.'  Minnesota v. Carter, 525 U.S. 83 (1998) (Ginsburg, J., dissenting) Moreover, it has been an established principle, at least since the Supreme Court's decision in Katz, that the 4th Amendment protects individuals from intrusions upon their private electronic conversations. . . .

[A]t least some of the information and messages accessed by the school officials were in R.S.'s exclusive possession, protected by her Facebook password. R.S. controlled those items until she involuntarily relinquished her password. As with a private letter, the content of R.S.'s electronic correspondence was available only to her and her correspondent. . . .

The defendants also argued, basically, that the facts could not support a finding that they violated R.S.’ 4th Amendment rights by conducting an “unreasonable” search.”  R.S. v. Minnewaska, supra.  The judge noted that in New Jersey v. T.L.O., 469 U.S. 325 (1984), the Supreme Court held that the 4th Amendment applies to public school searches of student property and that in deciding whether such a search is reasonable, the court must balance the student’s 4th Amendment privacy against the school’s interest in maintaining order and discipline “in the classroom and on school grounds.”  R.S. v. Minnewaska, supra.

He then addressed R.S.’ 1st Amendment claim, noting that the Supreme Court held, in Tinkerv. Des Moines Independent Community School District, 393 U.S. 503 (1969), that the 1st Amendment applies to public school students and that to discipline students for their speech, schools have to show that the action was necessary to prevent speech that would “materially and substantially disrupt the work and discipline of the school.”  R.S. v. Minnewaska, supra.

The judge first outlined the applicable standards and then applied them to this case:

[O]ut-of-school statements by. . . . are protected under the 1st Amendment and not punishable by school authorities unless they are true threats or are reasonably calculated to reach the school environment and are so egregious as to pose a serious safety risk or other substantial disruption in that environment.

R.S.'s Facebook wall postings were not true threats or threats of any kind. While her statements may have been reasonably calculated to reach a school audience, that possible fact is not sufficient to justify her punishment. The defendants must also show that the statements posed a substantial disruptive effect. . . .

The judge therefore held that R.S’ 1st and 4th Amendment claims were not subject to dismissal at this stage as legally insufficient, so they survive.  He did dismiss two of her state law claims, but one was dismissed without prejudice, which means R.S. (and her lawyer(s)) can try to resuscitate it by filing an amended complaint, in which that claim is plead in a manner that might address the deficiency.  R.S. v. Minnewaska, supra.

Again, this opinion does not mean that any of the defendants are “guilty” of the law violations attributed to them in R.S.’ complaint.  It simply means, as noted above, that the judge has held that the 1st and 4th Amendment claims are legally sufficient and can go forward.  Absent a settlement, for R.S. to recover damages on either/both will depend on whether she proves her case to a judge in a bench trial or to a jury in a jury trial.
Posted by Susan Brenner at 8:24 AM

Tell me again. Who was bullying whom?

And do we really need to ask a judge to determine if we have an expectation of privacy in password-protected material?