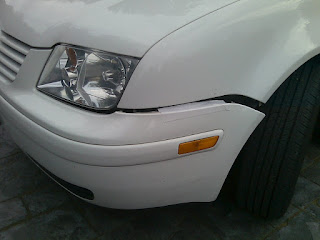 More precisely, he moved to suppress “ all evidence obtained by virtue of the warrantless utilization of a Global Position System Tracking Device (`GPS), as fruits of a violation of” his 4th Amendment rights.  U.S. v. Oladuso, supra.

In October, 2009, DiFilippo was assigned to the Rhode Island State Police High Intensity Drug Trafficking Area (HIDTA) task force when he became involved in an investigation of a Nigerian heroin smuggling organization. U.S. v. Oladuso, supra. Multiple cooperating witnesses connected Oladosu to the organization and provided information regarding where he lived and the vehicle he drove.  U.S. v. Oladuso, supra.

Beginning in January of 2010, DiFilippo and other members of the task force conducted spot surveillance, installed a pole camera in Oladosu's neighborhood and obtained a pen register on his cell phones.  U.S. v. Oladuso, supra.  On February 12, he installed a GPS device on Oladosu's car while it was parked on Pavilion Street in Providence, across from the mosque he attended. U.S. v. Oladuso, supra.

He also said he would “`normally get approval from the supervisor’” to install a GPS device and that prior to installing the GPS device in this case, he contacted the U.S. Attorney's Office for approval. U.S. v. Oladuso, supra. DiFilippo was “generally familiar” with the laws and constitutional requirements concerning obtaining warrants based on probable cause. U.S. v. Oladuso, supra.

Approximately two weeks after he installed the GPS, DiFilippo replaced the batteries, “`in the late night hours, in the cover of darkness,’” while the car was parked in the driveway of Oladosu's home. He did this so “to avoid detection.’” U.S. v. Oladuso, supra.  DiFilippo also testified about “the different ways” officers could use the GPS to track an individual's activity.  U.S. v. Oladuso, supra.

Every time the vehicle stops, and remains stopped for a designated amount of time, the location of that stop is registered in what is called a stop report. . . . [E]ven without the vehicle stopping, law enforcement can monitor the vehicle's travel by watching it in real-time. A program that accompanies the GPS provides an animated image of the vehicle on a map.

In live mode, `it's sending signals out consistently, which gives us a true and accurate image of where he's operating.’ When members of the team were not actively viewing it, they would set it to send signals out less frequently. They would use live mode when they were conducting physical surveillance of the vehicle.

From February 12 to March 30, 2010 (when Oladosu was arrested), “with the exception of the one time the GPS was removed to change the batteries,” it was “continually affixed to Oladosu's vehicle.”  U.S. v. Oladuso, supra. The GPS was transmitting data during this entire time, except between March 2 and March 19 when it went into sleep mode because Oladosu was out of the country. U.S. v. Oladuso, supra.

On March 29, DiFilippo was “reviewing the GPS data in live mode” when he noticed that Oladuso was “driving around on the back streets” in an area he apparently did not frequent.  U.S. v. Oladuso, supra.  DiFilippo followed the car and saw the man (Lorenzo Gadson) who was in the car with Oladuso have a conversation with a letter carrier. U.S. v. Oladuso, supra.

When DiFilippo questioned the carrier, after Oladuso and Gadson left, he said Gadson was checking on an express package at an address where Gadson had previously resided.  U.S. v. Oladuso, supra.  The carrier told DiFilippo that Gadson

continued to receive mail and packages there. This information was significant to DiFilippo because he knew from his investigation that narcotics were being distributed through the mail, and Defendant and Gadson were checking on a package for an address where neither resided.

This all happened in 2010.  On January 23, 2012, the Supreme Court decided U.S. v. Jones, 132 S.Ct. 945 (2012), in which it held that law enforcement’s installing GPS devices on citizens’ vehicles is a 4th Amendment search, which must be justified either by a search warrant or by an exception to the warrant requirement.

This court had not yet ruled on Oladuso’s motion to suppress, and so asked Oladuso and the government to brief the impact, if any, Jones had on that motion.  U.S. v. Oladuso, supra.  They did so, and the court then ruled on the motion.

The prosecution conceded-- “as it must—that the use of the GPS in this case was a violation of the 4th Amendment warrant requirement as held in Jones.”  U.S. v. Oladuso, supra.  It conceded the violaton, but did not concede that the evidence should be suppressed.  The government’s first argument was that Oladuso’s motion should be denied on the

basis of the good faith doctrine. . . . [T]he government argues that, because the officers acted in objectively reasonable reliance on judicial precedent in obtaining the GPS tracking information, that information, as well as derivative information, should not be excluded as a result of the 4th Amendment violation under the exclusionary rule because the good faith exception . . . applies here.

As you probably know, U.S. courts use the exclusionary rule to enforce constitutional rules, such as the 4th Amendment, that restrict what officers can do in investigating crime.  The premise behind the exclusionary rule is that officers know they cannot use evidence they obtain by intentionally violating the 4th Amendment or other constitutional provisions, they will not violate those rules.  The Supreme Court has therefore limited the exclusionary rule’s application to cases in which it will “`yield appreciable deterrence’”. Davis v. U.S., 131S. Ct. 2419 (2010) (quoting U.S. v. Janis, 428 U.S. 433 (1976)).

The Court has also held that because the exclusionary rule “costs” the justice system valuable evidence, “searches conducted in objectively reasonable reliance on binding appellate precedent are not subject to the exclusionary rule.” Davis v. U.S., supra. The Davis Court’s holding was based on its finding that suppression would do noting to deter unlawful police conduct if the police did not realize they were violating the law.

After reviewing the relevant case law at the time DiFilippo installed and used the GPS at issue in this case, the judge found that when he attached the

GPS to Oladosu's car, the Supreme Court had sanctioned the use of beeper technology without a warrant, and two circuits had ruled, in what appeared to be a growing consensus, that the beeper precedent was analogous and applicable to GPS use. Just as in Davis, law enforcement here acted `with an objectively ‘reasonable good-faith belief’ that their conduct [was] lawful.’

He also found that

(In People v. Defore, Benjamin Cardozo, who would later become a Supreme Court Justice, found that the exclusionary rule was not a proper way to enforce search and seizure law because, basically, it cost too much.  In Mapp v. Ohio, 367 U.S. 643 (1961), the U.S. Supreme Court finally adopted the exclusionary rule as the device U.S. law employs to enforce the 4th Amendment, against both state and federal officers.)

Yet again, 'Davis' saves what is now known to be unconstitutional. What remains preposterous is that the temporal stamp on a fourth amendment violation (and what is now known to be unconstitutional by the highest court) appears to be the only important factor in deliberating whether it here act was a "real" fourth amendment violation, not the constitutional RIGHTS of the defendant. Every time I see Herring or Davis cited as a justification for non suppression, it is almost guaranteed to be something I disagree with fundamentally.

Law enforcement has no shortage of tools. Get a warrant like has been required of you for over 200 years, and stop with this nonsense.