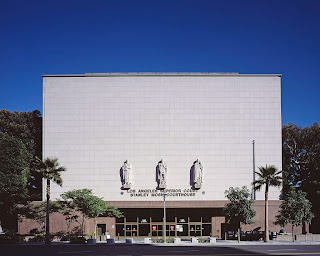 As I’ve explained in other posts, U.S. defendants charged with crimes have the constitutional right to have the charged tried before a jury of their peers.

And as I’ve noted, if a jury goes outside the evidence presented at trial in its deliberations, that’s called juror misconduct. You can, if you’re interested, read more about the various types of juror misconduct in the manual you can find here.

Early on the morning of April 8, 2009, police officers went to [Richard] Animashaun's apartment and then left. After the police left, Animashaun became mad at the tenant in the neighboring unit, Montre Burton, because he believed Burton had called the police.

In May of 2009, Animashaun was charged with “making criminal threats, attempted burglary, and vandalism causing damages of $400 or more”, all in violation of various sections of the California Penal Code. People v. Animashaun, supra. Animashaun went to trial, at which his attorney presented

no defense evidence. His trial counsel argued as to the criminal threats count that the victim, Burton, was not in `sustained fear’ for his safety; as to the burglary count that Animashaun never had the intent to get into Burton's apartment; and, as to the vandalism count, that there was no direct eyewitness evidence showing that it was Animashaun who caused the damage inside his apartment.

Animashaun’s motion for mistrial, and appeal, hinged on what happened with the jury. It began when, on

December 3, 2009, at 1:38 p.m., the case was submitted to the jury. Amongst the trial evidence sent into the jury room for deliberations was a CD audio disc, Exhibit 1, which contained recordings of two 911 telephone calls that Burton had made to the police and which had been discussed at trial. The genesis for [Animashaun’s] appeal is the fact that Exhibit 1 also contained a recording of a third 911 call Burton had made to the police, but which had not been discussed at trial.

People v. Animashaun, supra. As this opinion notes, it’s really isn’t clear what was going on with the third call:

The CD, Exhibit 1, was sent to the jury room without a CD player. Overall, the record suggests to us that neither the prosecutor nor defense counsel thought about the possibility that the jurors might want to listen to the CD.

But they, of course, did:

At 2:48 p.m., the jurors asked for a CD player so they could listen to Exhibit 1. Over the next hour or so there was some back-and-forth, with the jurors being told they would be provided with a CD player, and the prosecutor advising the court that Exhibit 1 contained a recording of a third 911 call Burton had made, but which had not been discussed at trial. The prosecutor [said] he would make a redacted copy of Exhibit 1, without the third call, and give the redacted copy of Exhibit 1 and a CD player to the jurors.

At 3:50 p.m., the jurors told the bailiff they no longer needed the CD player as they had listened to Exhibit 1 on one of the juror's laptop computers. At that point, the trial court told the bailiff to take away all of the jurors' laptop computers, and the court then spoke to the jury foreperson in the lawyers' presence. The foreperson told the court that the jurors had listened to all three 911 recordings on the CD, Exhibit 1. The court told the foreperson to return to the jury room, and not to discuss their conversation. The court and the lawyers then discussed `what to do’ about the situation.

Although an exact minute-by-minute chronology cannot be discerned from the record, there is no dispute the jury indicated it had reached a verdict at some point while the exchanges concerning the jury's listening to the third 911 call on Exhibit 1 were ongoing. It is also undisputed that Animashaun's trial counsel moved for a mistrial upon learning the jury had reached a verdict.

The court ordered briefing, and then told the jury that it could not accept the verdict because a `legal issue [had] arisen.’ The next day, the court and the lawyers listened to the third 911 recording on Exhibit 1, and the court again spoke with the jury foreperson. The foreperson confirmed that all of the jurors had listened to the third 911 call on Exhibit 1. The court admonished the foreperson not to discuss the court's inquiry with the other jurors, and then heard argument on the motion for mistrial.

The trial judge ultimately denied Animashaun’s motion for mistrial for two reasons, the first of which was that he found that “an `ordinary’ trial error had occurred in that it was the parties and the court who inadvertently caused the jurors to be exposed to the third 911 call” but the “error [was] harmless.” People v. Animashaun, supra. The judge found that the error was “harmless” because the third call “could have been offered, and would have -- appears to the court to have been properly admissible” if it had been offered into evidence . . . but, of course, it was not. People v. Animashaun, supra.

The judge also “considered the situation under the more stringent rules governing `juror misconduct’” and again “found the juror's [sic] listening to the extraneous third 911 call was not prejudicial.” People v. Animashaun, supra. He explained that assuming this

`is, in fact, jury misconduct . . . the case law would refer to this type of misconduct as inadvertent. The jury didn't do something intentionally. . . .‘

`So . . . then we get to the question . . . is the presumption of prejudice rebutted by the factual circumstance? . . . The court finds it is not inherently prejudicial.’

The Court of Appeals began its consideration of Animashaun’s argument that the judge should have granted a mistrial by noting that when “a juror causes information to become known to that juror (and/or other jurors) about . . . the case which was not part of the evidence presented at trial, the receipt of [that] information falls into the category of `juror misconduct’ without regard to blameworthiness, i.e., regardless of whether the receipt of the extraneous matter occurred intentionally or through inadvertence.” People v. Animashaun, supra (emphasis in the original). It also noted that when “when the trial court or a party inadvertently causes extraneous evidence to be considered by jurors, there is no juror misconduct, but only `ordinary error.’” People v. Animashaun, supra (emphasis in the original).

The court then explained that Animashaun claimed the trial record

shows juror misconduct because the jurors used a personal computer to listen to the 911 calls on the CD, Exhibit 1. Thus, he argues it was a juror-related activity that resulted in the jurors hearing the third call which they should not have heard. . . . The People argue the record does not show juror misconduct because the jurors did not use a computer for research or an experiment, and that we have only a situation where evidence was inadvertently delivered to the jurors by court and/or party error.

The Court of Appeals didn’t agree with either party:

Animashaun's case presents what we view as a hybrid situation. We are not actually in the [People v. Gamache, 48 Cal.4th 347 (2010)] situation because Animashaun's case did not involve having a photograph, document or other tangible item of evidence inadvertently placed in front of jurors. Exhibit 1 was merely a piece of plastic until the jurors accessed its audio information by using a personal computer's audio playing device.

At the same time, we are not truly in a [People v. Collins, 49 Cal.4th 175 (2010)] situation either because we do not have jurors using a computer as a research or experimentation tool, but rather, only as a CD player. What we have in the current case is a recorded disk being given to the jurors with inadvertently included material, and the jurors then using a computer to open the disk, resulting in their gaining access to the inadvertently included material.

The court found this case involved “inadvertent jury misconduct” in that the “jury should not have opened the CD, Exhibit 1, with a personal computer.” People v. Animashaun, supra. It then had to determine whether “whether . . . there is a substantial likelihood that any juror . . . `was unable to put aside [his or] her impressions or opinions based upon the extrajudicial information . . . received and to render a verdict based solely upon the evidence received at trial.’” People v. Animashaun, supra.

The Court of Appeals found it could not say there was not such a “substantial likelihood”:

[T]he two admitted 911 calls properly heard by the jurors were relatively short (2 or 3 minutes or so) and did little more than establish that Burton called to report someone was trying to break into his apartment. In contrast, the third 911 call . . . was roughly 11 minutes long and also dramatically different in emotional tone. The element of `sustained fear’ does not come through in the first two calls, but is palpably apparent in the third call.

The defense theme insofar as the criminal threats count . . . was that the element of the sustained fear did not exist; the third 911 call swamped this defense theme. We find it substantially likely that the jury's decision to convict Animashaun of the criminal threats count came about as a result of the effect of the third 911 call, i.e., the jurors were `biased’ to convict on that count by the extraneous third 911 call, and that they did not convict him based solely on the evidence admitted at trial

The Court of Appeals therefore held that the trial judge should have granted Animashaun’s motion for mistrial, so it reversed his conviction. People v. Animashaun, supra.

Posted by Susan Brenner at 7:55 AM