The Hearing, the Missed Email and the Sanction 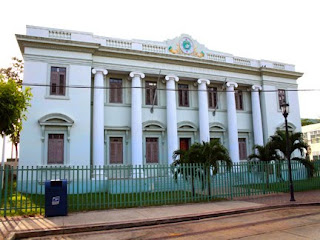 This post examines a recent decision from the U.S. Court of Appeals for the 1st Circuit in which the court reviewed the propriety of a district court judge’s imposing a monetary sanction on an attorney who missed a hearing.

According to the brief filed on the judge’s behalf, the sequence of events that would lead to the imposition of this sanction began on September 16, 2009, when José Romero-López was charged in a federal criminal case; the next day, Jorge L. Armenteros-Chervoni "filed a notice of appearance as counsel on behalf of Romero.” Brief for Appellee, U.S. v. Romero-Lopez, 2011 WL 3881818 (1st Cir. 2010).

In open court, the court stated the following:

`This case was originally scheduled to be heard at 4:30 this afternoon, but the Court changed the hour for 9:00 a.m. We heard that Mr. Armenteros is not here that he did not realize that the hour had been changed since Monday, May 10.’

`Because attorneys have an affirmative duty to monitor the docketing system for entry of new filings and orders, Mr. Armenteros is fined $1,5000.00 for his failure to appear. . . . Parties in an ongoing case have an obligation to monitor all developments in the case. We will continue the sentence until Friday, May 21, 2 p.m.

On May 17, Armenteros filed a motion asking the judge to reconsider the sanction. Brief for Appellee, supra. In his motion, Armenteros made the following arguments, among others, as to why the judge should reconsider:

We received a call from our secretary indicating the Court, without consulting any party, advanced the sentencing hearing to 9:30 a.m. . . .This was done on Monday, May 10 at 4:58 pm, and we did not receive notice at the time since we had left our office to attend prior commitments.

The next day . . . our secretary was absent and we had to go to Court in the morning, run to MDC to see Mr. Romero (for the sentencing hearing), and come back for another case at 2 pm (sic) which finished well after 5 pm. . . . We did not have an opportunity to verify our e-mails. . . .

This is the third time this Court changes unexpectedly the calendarization of a hearing . . . without considering the calendar of any of the parties. We submit the Court is not respecting the attorneys to the extent that it unilaterally changes dates or times without consulting attorneys' calendars, and with little or no time in advance. . . .

While we understand we have an affirmative duty to monitor the electronic filing system for entry of new filings or Orders, said duty must be within reasonable terms. It is ludicrous to assert that we need to be on top of our email 24 hours a day. A reasonable term is at least 5 days in advance so attorneys can make the proper arrangements in their calendars.

It is not an affirmative duty of an attorney to monitor his email at all times. We believe that the fact that we do not check our email one day, because it was impossible to do so does not mean we have been irresponsible or merit a $1,500 sanction.

Brief for Appellee, supra (emphasis in the original). (And no, I don’t know why he refers to himself as “we.”)

As I’ve noted in earlier posts, courts can hold attorneys and others in contempt, which can be civil or criminal. As Wikipedia explains, for criminal contempt, the contempt must

be proven beyond a reasonable doubt, but once the charge is proven, then punishment (such as a fine or, in more serious cases, imprisonment) is imposed unconditionally. The civil sanction for contempt (which is typically incarceration in the custody of the sheriff or similar court officer) is limited in its imposition for so long as the disobedience to the court's order continues: once the party complies with the court's order, the sanction is lifted. The imposed party is said to ahold the keys’ to his or her own cell, thus conventional due process is not required.

The Court of Appeals rejected Armenteros’ characterization of the sanction as

as criminal contempt. . . . His argument is based on a flawed premise: that because the district court's sanction was not a civil contempt sanction, as it did not seek to `modify[ ][his] behavior to conform to the terms required in the [court's] order,’ as is . . . the case in a civil contempt, it must have been a criminal contempt sanction, imposed `retrospectively for a completed act of disobedience, such that the contemnor cannot avoid or abbreviate the [sanction] through later compliance.’

The court pointed out that Armenteros’

U.S. v. Romero-Lopez, supra. The Court of Appeals then explained that

[w]hile the district court did not expressly state that this was an inherent-power sanction, that is what it was. First, there was no formal finding of `contempt,’ which would `connote[ ] the highest level of censure against counsel.” Kouri-Perez, supra. Rather, the district court `admonished’ the attorney.

Second, there was no indication the court thought the `conduct . . . bespeaks a criminal mens rea,’ as is required for a criminal contempt sanction. Kouri-Perez, supra.

Third, the court's act of sanctioning an attorney for failing to appear falls squarely within its recognized inherent power `to discipline attorneys who appear before it.’ Chambers, supra, see also In re Smothers, 322 F.3d 438 (6th Cir. 2002) (`District judges routinely impose monetary penalties for tardiness without resorting to a finding of criminal contempt.’).

The 1st Circuit then found that the

district court did not abuse its discretion in imposing a sanction. Attorneys have an obligation to remain informed about the status of their cases and comply with applicable scheduling orders issued by the court. . . . . When electronic case filing is utilized, as here, counsel needs to monitor the docket for electronic filings.

The attorney's failure to monitor for electronic notices constituted a violation of this obligation. Further, his failure to appear at the rescheduled hearing, or provide the court with any notice of unavailability, imposed an unnecessary burden on an extremely busy court, as well as the other participants.

It also found, though, that

a lesser penalty suffices. The Supreme Court has admonished courts to be cautious in using their inherent power to sanction, explaining that `[b]ecause of their very potency, inherent powers must be exercised with restraint and discretion.’ Chambers, supra. `[T]here is much to be said for deploying the least extreme sanction reasonably calculated to achieve the appropriate punitive and deterrent purposes.’ Kouri-Perez, supra.

In the circumstances of this case, where the time for the sentencing hearing was changed less than two days before the hearing, and where there is no indication of an intentional flouting of the court's authority or repeated tardiness, a lesser sanction will suffice to deter future violations. A $500 sanction would be more appropriate in these circumstances.

Posted by Susan Brenner at 2:30 PM