The Drug Dealer, the DEA Agent and the Telecom Employee 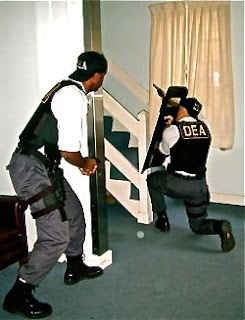 This post examines a federal case from Vermont. More precisely, it examines a recent opinion from the U.S. Court of Appeals for the 2d Circuit in which the court reviewed a defendant’s challenge to the sentence imposed on her.
The case is U.S. v. Williams, 2011 WL 59224423 (2d Circuit 2011) and the defendant in question is Amy L. Williams. This is how the Department of Justice’s brief explains how, and why, Williams came to be charged with a federal crime:
From November 2004 through mid-November 2009, . . . Michael Olsen led a large cocaine distribution organization in South Burlington, Vermont. . . . For [six months] in 2006, [he] resided with Amy Williams and her boyfriend, [John Doe], at [their] home in Georgia, Vermont. Williams knew Olsen was a drug dealer because [Doe] bought . . . cocaine from Olsen and . . . he always . . . appeared to have a lot of money. . . .

In September 2008, . . . Olsen girlfriend Ashley Fournier was contacted by an Arizona DEA agent regarding a package she had mailed to Olsen's second residence in Tucson. Afterwards, Olsen approached Williams, who worked as a Sales Coordinator at Sprint Nextel in Williston, Vermont, and asked her to look up toll records for the cellphone that belonged to the Arizona DEA agent. Williams . . . showed Olsen the call detail records on her computer screen. In particular, Olsen was interested in numbers bearing the Vermont area code `802.’ . . .

Over the next fourteen months, on Olsen's request, Williams accessed the Vermont agent's phone records approximately 20 times, using the computer both at work and at home. Olsen would either look at Williams' computer screen or Williams would relay the information over the phone. . . . At one point, Olsen asked Williams to print the phone records and drop them off at his attorney's office, but [she] refused. . . .

On November 14, 2009 . . . Olsen went to Williams' home and asked her to check the call logs again. Williams pulled up the records on her laptop and when Olsen recognized the number of another witness who was communicating with the Vermont agent, Olsen stated, `I knew it was him’. . . . Two days later, Olsen told . . . Andrew Bullock he learned, from the phone records accessed by Williams, a certain witness was talking to DEA. . . . Olsen instructed . . . David Dean to find this witness. . . . Olsen also confronted . . . another witness with the fact he knew this person was talking to DEA about him.

In her capacity as a Sales Coordinator for Sprint Nextel, Williams supported public sector organizations which subscribed to the company's services. Her job duties included assisting the Account Executives in supporting customer accounts, such as order entry, customer service, and account modifications. Williams also occasionally provided direct sales support to customers when the Account Executives were out. As part of her job, Williams had access to several of the company databases, including one that contained call detail records.
Brief of the United States, U.S. v. Williams, 2011 WL 2309347 (2d Cir. 2011). If you’re interested, you can read more about the Olson drug operation in the news story you can find here.)
On November 17, 2009, DEA agents arrested Olson and three others on federal drug charges; on November 19, the grand jury returned an indictment against them. Brief of the United States, supra. On February 11, 2010, it “returned a superseding indictment that charged 20 defendants with a variety of” federal drug and related crimes. Brief of the United States, supra. “Count 20 [of that indictment] charged Olsen and Williams with violating the Telephone Records and Privacy Protection Act of 2006,” which is codified as 18 U.S. Code § 1039. Brief of the United States, supra.
Section 1039 makes it a federal crime to, “in interstate or foreign commerce, knowingly and intentionally obtain[] . . . confidential phone records information of a covered entity” by any of several means. One of the means is “accessing customer accounts of a covered entity via the Internet, or by means of conduct that violates § 1030 of this title, without prior authorization from the customer to whom such confidential phone records information relates”. 18 U.S. Code § 1039(a)(4). A “covered entity” is, essentially, “any provider of telecommunications services”. 18 U.S. Code § 1039(h)(2) (incorporating 47 U.S. Code § 153(51)).
On July 9, 2010, Williams pled guilty to the § 1039 charge. Brief of the United States, supra. Her plea, of course, meant she had to be sentenced. Section 1039(a) says that anyone convicted of violating its provisions “shall be fined . . . , imprisoned for not more than 10 years, or both.”
On November 22, 2010, the federal district court judge who had the case sentenced Williams to “a so-called `split sentence’ consisting of six months imprisonment combined with a four-month term of home detention.” U.S. v. Williams, supra. According to the 2d Circuit, the “sentence was at the bottom of the applicable [U.S. Sentencing] Guidelines range of 10-16 months imprisonment.” U.S. v. Williams, supra. Despite that, Williams appealed, claiming “that the District Court made a mistake in its calculation under the United States Sentencing Guidelines . . . and rested its sentence on clearly erroneous findings of fact.” U.S. v. Williams, supra.
As I’ve explained in earlier posts, sentencing in the federal system is governed by the Sentencing Guidelines which, as Wikipedia notes, are “rules that set out a uniform sentencing policy for individuals and organizations convicted of felonies and serious misdemeanors in the United States federal courts system. As Wikipedia also explains, sentencing under the Guidelines is based primarily on two factors: (i) the conduct associated with the offense and (ii) the defendant's criminal history.
Williams’ first argument was that the district court judge made a mistake in calculating her sentence by “improperly imposing a two-level enhancement pursuant to [U.S. Sentencing Guideline § 3B1.3] for abusing a position of private trust.” U.S. v. Williams, supra. As the 2d Circuit explained, § 3B1.3 authorizes a
two-level enhancement `[i]f the defendant abused a position of public or private trust, or used a special skill, in a manner that significantly facilitated the commission . . . of the offense.’ . . . The application notes to § 3B1.3 state that a position of `public or private trust’ is `characterized by professional or managerial discretion. . . .’ Such positions `ordinarily are subject to significantly less supervision than employees whose responsibilities are primarily non-discretionary in nature.’ . . .

Williams was employed as a Sales Coordinator at Sprint Nextel, a telecommunications company. It is not clear from the record to what degree [her] position was `characterized by professional or managerial discretion,’ and we decline to reach this question because the record affords ample basis to affirm the enhancement on other grounds.
U.S. v. Williams, supra.
The Court of Appeals explained that another application note to § 3B1.3 states that
`[n]otwithstanding Application Note 1, . . . an adjustment under [§ 3B1.3] shall apply to ... [a] defendant who exceeds or abuses the authority of . . . her position in order to obtain, transfer, or issue unlawfully, or use without authority, any means of identification.’ . . . (emphasis added). It is clear from the preamble to the application note that it is intended to apply to individuals who abuse the authority of their positions, `notwithstanding’ the fact that these positions may not be characterized by `professional or managerial discretion.’ . . .

The definition of `means of identification’ is taken from 18 U.S. Code § 1028(d18 U.S.C. § 1028(d)(7), and includes `any name or number that may be used . . . to identify a specific individual, including . . . telecommunication identifying information or access device.’ `Telecommunication identifying information’ . . . is defined by 18 U.S. Code § 1029(e) as any `electronic serial number or any other number . . . that identifies a specific telecommunications instrument or account, or a specific communication transmitted from a telecommunications instrument.’ (emphasis added).
U.S. v. Williams, supra.
The Court of Appeals then explained the significance of all this:
Williams pleaded guilty to obtaining telephone-call details associated with a specific phone number belonging to a DEA agent and providing the information gleaned from these call details to Olsen, a known drug trafficker. Specifically, she showed Olsen call logs on her computer screen, which revealed the phone numbers that were in contact with a specific DEA Agent's phone.

Williams's conduct enabled Olsen to identify the name of the DEA agent by dialing the number and hanging up after the Agent (or his voicemail system) answered. In other words, she exceeded and abused the authority of her position in order to obtain, transfer, and use, without authority, a means of identification. . . . Therefore, even assuming it was error to find that Williams occupied a position of public or private trust (a conclusion we do not reach), the District Court did not abuse its discretion in applying a two-level enhancement under § 3B1.3.
U.S. v. Williams, supra.
Williams also argued that the
District Court committed procedural error by basing its sentence on clearly erroneous findings of fact. Specifically, Williams faults the District Court for wrongly finding that she had provided Olsen with the names and locations of DEA agents.
U.S. v. Williams, supra. The Court of Appeals rejected this argument, as well:
Though the District Court did erroneously state that Williams had provided the names and locations of DEA agents (as opposed to providing information from which Olsen could independently determine those details), this error was corrected by counsel for both Williams and the Government and the District Court explicitly stated that it did not bear on the sentence imposed. In short, . . . the District Court did not rest[ ] its sentence on’ this misstatement, even if it was clearly erroneous. [U.S. v. Cavera, 550 F.3d 180, 189 (2d Cir. 2008).]
U.S. v. Williams, supra.
The Court of Appeals therefore affirmed Williams’ sentence. U.S. v. Williams, supra.
Posted by Susan Brenner at 3:27 PM