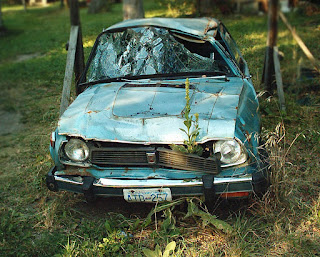 A couple of years ago, I did a post on a California case in which the California Court of Appeals for the Sixth District held that the owner of an SUV had a 4th Amendment expectation of privacy in the sensing diagnostic module (SDM) of his vehicle.

As I noted in that and other posts, if someone has a 4th Amendment expectation of privacy in a place of thing, that triggers the 4th Amendment’s requirements that officers either obtain a search (and/or seizure) warrant before they search/seize the place/thing or rely on a valid exception to the warrant requirement to justify the search and/or seizure.

This post examines a new decision from the California Court of Appeals for the Fourth District in which this court reached the opposite conclusion, i.e., it held that another vehicle owner had no 4th Amendment expectation of privacy in the SDM of his vehicle. The case involves Elva Diaz’s appealing her convictions for involuntary manslaughter in violation of California Penal Code § 192(b) and vehicular manslaughter with gross negligence while intoxicated in violation of California Penal Code § 191.5(a). People v. Diaz, __ Cal.Rptr.3d __, 2013 WL 441824 (2013).

According to the opinion, the case began when “[a]bout 8:00 p.m. on February 21, 2008,” Diaz drive herself and her “then boyfriend,” Zachary Palumbo, in her Chevrolet

Tahoe truck to a bar a mile or two from their home. At the bar they drank and socialized. Palumbo had been a police officer for about nine years, and was trained in identifying signs of intoxication. When they left . . . at 11:00 or 12:00, Palumbo believed he was less intoxicated than [Diaz] and offered to drive home.

An argument ensued, and [she] got into the driver's seat and insisted on driving. . . . [Diaz’s] friend . . . offered Palumbo a ride. [Diaz] stayed in her truck, and Palumbo chose to walk. As he was walking, he saw [her] drive by; she seemed to be driving normally. . . .

Luis Aguilar [was] driving home at 12:40 a.m. when he called 911 to report an accident at the intersection of Claystone and Knabe in Corona. [Diaz] got out of her truck, which was upside down. . . . She was crying, and told Aguilar the accident was not her fault and the other driver was at fault. Aguilar noticed a moderate to strong odor of alcohol on her breath, and she was slurring her speech a little.

On his way home, Palumbo passed the crash scene – [Diaz’s] truck was on its roof, and [she] was on the curb being interviewed by a California Highway Patrol (CHP) officer. Rachel Elliott, the 18–year–old driver of the other vehicle, . . . suffered skull fractures in the collision and died from blunt force trauma.

[She] did not perform properly on field sobriety tests, including nystagmus, standing position, and finger count. She smelled of alcohol and had bloodshot eyes and slurred speech. Preliminary alcohol screenings . . . resulted in readings of 0.194, 0.154, and 0.160 percent blood alcohol respectively. [Diaz] was transported to the hospital, where her blood was drawn before she was taken to jail. Her blood alcohol level at 2:58 a.m. was 0.20, and based on the absorption rate, would have been 0.23 at 12:30 a.m.

report of the inspection. Before conducting the inspection, the accident history and background of the vehicle were reviewed. The external condition of the vehicle was documented; the control modules were downloaded; and [it] was taken apart. Turner inspected the Accord and determined that nothing about its mechanical condition would have caused or contributed to the crash.

[He] also inspected the Tahoe, beginning with an external overview and an inspection of the control aspects of the vehicle, including the throttle, steering, suspension, brakes, tires, and wheels. Turner determined there were no mechanical deficiencies that would have contributed to the collision.

The point of impact for the head-on collision was between the number one and number two lanes on northbound Knabe with the Tahoe traveling south. [Diaz] conceded she had crossed over the two sets of double yellow lines that separated the northbound and southbound lanes on Knabe.

Officer Richard Wong, who was also assigned to MAIT and who also testified at trial, said the main function of the vehicle’s SDM is to

deploy the air bags. [It] has the secondary function of recording throttle, speed, application of brakes, and transmission position. Data downloaded from the SDM showed that five seconds before the impact, the driver was not pushing on the gas pedal, and the Tahoe's speed was 84 miles per hour. Four seconds before the impact, the vehicle was traveling at 80 miles per hour with seven percent pressure on the gas pedal.

After being convicted and sentenced to ten years in prison, Diaz appealed, arguing that “the warrantless search of her vehicle and the seizure of the vehicle's SDM violated the 4th Amendment.”  People v. Diaz, supra.  Interestingly, the opinion says this was “an issue of first impression in this court”, which I assume refers to the California Court of Appeals in general, rather than this particular district of the Court of Appeals.  People v. Diaz, supra.

As to the 4th Amendment issues, the court notes, first, that Diaz conceded the Tahoe was “`essentially totaled’” and did not claim either that “impounding the vehicle on the night of the accident was improper or that there was no probable cause to obtain the SDM data.” People v. Diaz, supra. Instead, she argued that she had a 4th Amendment expectation of privacy in the SDM data, i.e., that “because the SDM was inaccessible and not in plain view, and its data were unavailable without connecting the SDM to a computer, there was a reasonable expectation that third parties would not have access even if she herself did not know of the presence of the SDM.” People v. Diaz, supra.

So, as noted above, Diaz argued that it was a 4th Amendment “search” for officers to extract the data from her SDM, which would mean they could not have done so unless their actions were authorized by a search warrant or an applicable exception to the warrant requirement.  Prior to trial, she moved to suppress the SDM data, on the basis of this argument, but the court denied her motion and, as noted above, the SDM data was used at her trial.  People v. Diaz, supra.  The judge denied the motion because he found she had no “`subjective belief in . . . a privacy interest in an SDM that she probably didn't know existed.’” People v. Diaz, supra.  He also found that even if she knew it existed and believed it was private, her belief that it was private would not be “reasonable:”

`These computer modules were placed in cars as safety devices to gather information such as braking and speed, so as to be able to deploy the air bag at an appropriate time. They were not designed to gather any personal information. . . . Indeed, they are not under the control of the individual driver at all.’

The Court of Appeals began its analysis of her argument by noting that, as Wikipedia explains, the Supreme Court has held that while we have a 4th Amendment expectation of privacy in our vehicles, the expectation is not as strong as it is in our homes and other non-mobile places.  People v. Diaz, supra.  The vehicle exception lets officers search a vehicle for evidence, without first obtaining a search warrant, if they have probable cause to believe that evidence will be found in the vehicle.  People v. Diaz, supra.

The original rationale for the exception was the mobility of vehicles, i.e., that it is not practicable to get a warrant for something that can be driven out of the jurisdiction.  More recently, in cases like California v. Carney, 471 U.S. 386 (1985), the Court has noted that the exception is also predicated on the fact that our vehicles are less “private” than our homes, because we use them in public and they are regulated by the state.

Thus, [Diaz] has not demonstrated she had a subjective expectation of privacy in the SDM's recorded data because she was driving on the public roadway, and others could observe her vehicle's movements, braking, and speed, directly or through the use of technology such as radar guns or automated cameras. . . . [T]echnology merely captured information [Diaz] knowingly exposed to the public -- the speed at which she was travelling and whether she applied her brakes before the impact. . . .

The reference to “knowingly exposing” something to the public comes from the Supreme Court’s decision in Katz v. U.S., 389 U.S. 347 (1967), which defined the standard that is used to determine if there has been a 4th Amendment “search.”  The Katz Court said, in part, that

For this and other reasons, the Court of Appeals affirmed Diaz’s conviction and sentence.  People v. Diaz, supra.  If the 4th Amendment issue interests you, you might also read the post noted above, in which another court reached the opposite result.

And if you would like to read more about the facts in the case, plus see a photo of Diaz, check out the news story you can find here.
Posted by Susan Brenner at 7:24 AM