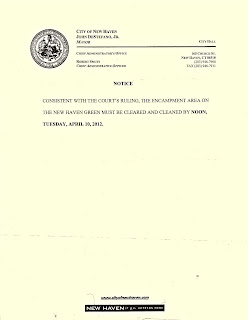 (He was sentenced to four years on each of the felony counts, the sentences to run consecutively. People v. Chase, supra.)

According to this opinion, the case arose from events that occurred between 2002 and 2008, when Chase lived in Wapiti Meadows,

a low-income housing complex in Grand County, Colorado, where he met the three named victims in this case: G.B., D.D., and M.G. G.B. lived at Wapiti Meadows and was its property manager . . .; D.D. was its former property manager; and M.G. was the maintenance supervisor at the time. M.G. and D.D. were also husband and wife. . . .

Chase made frequent complaints to D.D., G.B., and M.G. regarding his next-door neighbors, the B. family. He complained about [their] ethnicity and alleged they were purposefully making noise to disturb him. In September 2008, Mr. B. accused Chase of putting sugar in his gas tank.

Chase was charged with criminal mischief, and the district court entered a restraining order against Chase. Chase violated the order by banging on the B. family's wall and yelling an ethnically charged threat at them.

The eviction and, perhaps this response, triggered a series of emails from Chase:

`I am 60 years old. I did 14 years in Walpole, MA for arson. Do NOT FUCK WITH ME. REMOVE THE FUCKING EVICTION NOTICE YOU FUCKING ASSHOLES. YOU BETTER PUT ME AWAY FOR LIFE MOTHERFUCKERS, OR THERE WILL BE HELL TO PAY. THAT SOVIET ASSHOLE [referring to Mr. B.]. HOW DARE YOU!!!! REMOVE THAT FUCKING NOTICE NOW!!!!!!!!!!!’

[On] October 7, 2008, Chase sent a second e-mail to thirty-four recipients, including G.B., M.G., and D.D., the three of whom were specifically mentioned in the e-mail. He wrote, in pertinent part:

Twenty-five minutes later, [he] sent the group a third e-mail, which included a photograph of a man pointing a gun at a judge. It demanded that the eviction notice be removed and stated:

`SOMEONE'S GOING TO GET HURT, OR WORSE!!!!! DO YOU UNDERSTAND? SOMEONE IS GOING TO GET HURT. IT'LL PROBABLY BE ME -- no it will be me -- BUT WHAT HAVE I GOT TO LOSE? I WILL NOT GIVE UP MY APARTMENT WITHOUT A SERIOUS FIGHT.’

`TAKE THE EVICTION NOTICE OFF MY DOOR Your [sic] playing a very, very, dangerous game of bluff with me.’

Twenty minutes later, Chase sent the group a fifth e-mail criticizing the legal system, and then forty minutes later he sent them a sixth and final e-mail, stating:
`Better check out my football pictures at [Chase's myspace.com address.] I will headbutt someone, and I can and will kick as you can see from my yoga pictures. Someone . . . is playing a very dangerous game of bluff with me.'

While they lived in Grand County, Colorado, M.G. and DD were in Baltimore, Maryland

On appeal, Chase argued that his convictions on

counts two and three of felony stalking of M.G. and D.D. must be vacated, because there was insufficient evidence to establish that Colorado had subject matter jurisdiction over those counts given that no part of the offenses against M.G. and D.D. was committed in Colorado.

As Wikipedia explains, subject-matter jurisdiction refers to a court’s power “to hear a case involving a specific subject or type of criminal proceeding.”  As it also notes, “most state courts are courts of general jurisdiction, which includes the authority to prosecute violations of the criminal laws of that state.”  People v. Chase, supra.

The Court of Appeals agreed “with the trial court's conclusion that it had jurisdiction over counts two and three,” but reached that “conclusion based on different reasoning from that employed by the trial court.”  People v. Chase, supra.

It began by examining the relevant state criminal jurisdiction statutes.  People v. Chase, supra.  Colorado Revised Statutes § 18-1-201(1)(a) says a person is “subject to prosecution in this state for an offense which he commits, by his own conduct . . . if . . .[t]he conduct constitutes an offense and is committed either wholly or partly within the state.”  Colorado Revised Statutes § 18-2-201(2) states that an “offense is committed partly within this state if conduct occurs in this state which is an element of an offense or if the result of conduct in this state is such an element.”

Colorado Revised Statutes § 18-9-111(4)(b)(II) defines felony stalking, the crime of which Chase was convicted, as follows:

`A person commits stalking if directly, or indirectly through another person, such person knowingly . . . [m]akes a credible threat to another person and, in connection with such threat, repeatedly makes any form of communication with that person, a member of that person's immediate family, or someone with whom that person has or has had a continuing relationship, regardless of whether a conversation ensues.’

Chase, of course, argued that because “he wrote and sent the e-mails in Boston, and because M.G. and D.D. opened the e-mails in Baltimore, none of the conduct occurred in Colorado.” People v. Chase, supra. The court, though, found that the key issue was not “where the e-mails were written or read, but rather whether the result of Chase's conduct, namely, causing a reasonable person to be in fear for his or her safety, occurred, at least in part, in Colorado.”  People v. Chase, supra.

The Court of Appeals found there was “sufficient evidence to establish that the threats made by Chase in the e-mails would have caused a reasonable person in the position of M.G. and D.D. to be in fear for their own safety and the safety of other persons in Colorado.” People v. Chase, supra.  It noted that testimony at the trial showed that

[T]he jury could reasonably infer that Chase would have to be in Colorado to determine whether the eviction notice had been removed, and, thus, his threatened retribution against the victims would occur in Colorado.

It also pointed out that M.G. testified at trial that upon reading Chase’s emails,

he `was alarmed and concerned for the safety of [his] home, which was 1700 miles away, and the safety of some other people who are mentioned in the e-mail,’ including his mother and D.D.'s mother, who both lived in Colorado. M.G. called G.B. in Colorado, because he feared for her safety, encouraging her to go to the authorities and avoid Wapiti Meadows.

He called his neighbor in Colorado and asked him to `keep an eye out’ on his house and automobiles. He also called his house-sitter and warned her to not go to his house alone. D.D. testified that the e-mails were threats to her, and something could be done to her and M.G.

And, finally, the Court of Appeals found that Chase’s conduct of making a credible threat