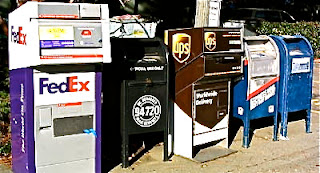 because the threats at issue were simply posted on his personal Facebook page, the threats were not `sent’ to the alleged victims as required by the statute. Thus, he asserts, he did not violate the statute.

Section 836.10 of the Florida Statutes provides as follows:

Before we get to what happened with O’Leary’s motion to dismiss the charges, we need to review how the case arose.  According to this opinion, Timothy Ryan O’Leary

composed and posted a statement on his personal Facebook page which threatened death or serious bodily injury. The objects of the threat were a relative of [his] and her partner. Michael O'Leary, [Timothy O’Leary’s] cousin, was a Facebook friend of [his].

In a footnote, the Court of Appeals says that

[i]n pertinent part, the posting identified the relative and her partner by name and stated that `FUCK my [relative] for choosin to be a lesbian and fuck [the partner] cuz you're an ugly ass bitch . . . if you ever talk to me like you got a set of nuts between your legs again . . . I'm gonna fuck you up and bury your bitch ass. U wanna act like a man. I'll tear the concrete up with your face and drag you back to your doorstep. U better watch how the fuck you talk to people. You were born a woman and you better stay one.’”

As noted above, after being charged, O’Leary filed a motion to dismiss the charges:

Pursuant to Florida Rule of Criminal Procedure 3.190(c)(4), [O’Leary] filed a motion to dismiss, arguing that the facts failed to establish a prima facie case against him under the statute. Specifically, [he] asserted that the uncontested facts established that he never sent or procured another to send any threatening message to either victim.

The State filed a traverse and demurrer in response to [O’Leary’s] motion to dismiss. While agreeing with nearly all of [his] recitation of the facts of the case, the State contended that [O’Leary’s] Facebook post constituted a `sending’ under Florida law.

heard argument from both parties on the motion to dismiss. The trial court found that [O’Leary’s] posting constituted a `sending’ under section 836.10. The trial court provided two bases for the finding.

First, the trial court noted that, at the time Michael viewed the posting, it was accessible by any member of the public who wanted to view [O’Leary’s] Facebook page. Second, the trial court found that, even if it considered the Facebook posting to have been sent only to Michael, the facts still presented a prima facie violation of the statute. The trial court observed that the posting was an electronic communication, sent to Michael (the recipient), which threatened to kill or do serious bodily harm to a member of the recipient's family.

After the trial judge denied his motion to dismiss, “entered a plea of no contest to one count of making written threats to kill or do serious bodily harm” and “reserved the right to appeal the trial court's denial of his motion to dismiss.” O’Leary v. State, supra.  The opinion noted that the prosecution “dropped the second count.”  O’Leary v. State, supra.)

trial court's denial of a motion to dismiss under a de novo standard of review. Gresham v. State, 908 So.2d 1114 (Florida Court of Appeals 2005). As we have previously explained, `[t]he purpose of a motion to dismiss an information pursuant to rule 3.190(c)(4) is to “ascertain whether the undisputed facts which the State will rely on to prove its case, establish a prima facie case, as a matter of law, so as to permit a jury to determine the defendant guilty of the crime charged.”’ Bonge v. State, 53 So.3d 1231 (Florida Court of Appeals 2011) (citation omitted).

The court then explained that another of the Florida district Courts of Appeal had held that Florida Statutes § 836.10

is violated when: `(1) a person writes or composes a threat to kill or do bodily injury; (2) the person sends or procures the sending of that communication to another person; and (3) the threat is to the recipient of the communication or a member of his family.’ State v. Wise, 664 So.2d 1028 (Florida Court of Appeals 1995)

The Court of Appeals explained that thecourt in State v. Wise, supra,

While the Wise court dealt with a defendant who had sent a threatening letter directly to the object of his threat, under a plain reading of the statute, receipt of a threatening communication by a family member of the person threatened, which is what occurred in the present case, would also fulfill the second prong of Wise's two-part definition of `sending.’

The court then noted that its research had failed to

Here, [O’Leary] composed a threat to kill or do serious bodily injury to the victims. Consequently, resolution of this appeal turns on the question of whether [he] `sent’ the threatening message by posting it on his personal Facebook page.

The Court of Appeals did not agree, noting that “a common sense review of the facts suggests that [he] has done more than he contends.”  O’Leary v. State, supra.

When a person composes a statement of thought, and then displays the composition in such a way that someone else can see it, that person has completed the first step in the Wise court's definition of `sending.’ When the threatened individual, or a family member of the threatened individual, views and receives the thoughts made available by the composer, the second step in the Wise definition is completed. At that point, the statement is `sent’ for purposes of section 836.10.

Further, Internet technologies `generally do not involve communications sent directly to another. Rather, communications are posted for the whole world to see, or, in a closed network for a particular community to see, such as a community of “Facebook friends.”’ Jacqueline D. Lipton, Combating Cyber–Victimization, 26 Berkeley Technology Law Journal 1103, 1127–28 (2011).

With regard to this case, the court explained that O’Leary

reduced his thoughts to writing and placed this written composition onto his personal Facebook page. In so doing, the posting was available for viewing to all of [his] Facebook `friends.’ With respect to the posting in question, [O’Leary] had requested Michael O'Leary to be appellant's Facebook friend, a request that Michael accepted.

By posting his threats directed to his family member and her partner on his Facebook page, it is reasonable to presume [O’Leary] wished to communicate that information to all of his Facebook friends. Given the mission of Facebook, there is no logical reason to post comments other than to communicate them to other Facebook users.

Had [O’Leary] desired to put his thoughts into writing for his own personal contemplation, he could simply have recorded them in a private journal, diary, or any other medium that is not accessible by other people. Thus, by the affirmative act of posting the threats on Facebook, even though it was on his own personal page, [he] `sent’ the threatening statements to all of his Facebook friends, including Michael.

Michael received the composition by viewing it. As the trial court correctly ruled, at that point [O’Leary’s] violation of § 836.10 was complete, because the target of the threatening composition was a relative of the recipient.

The Court of Appeals therefore held that the prosecution “made out a prima facie case against [O’Leary] by submitting facts showing [he] composed a threat to kill or do serious bodily injury, sent that communication to another, in this case Michael O'Leary, and the communication threatened a member of the recipient's family.” O’Leary v. State, supra. It therefore affirmed the trial judge’s denial of his motion to dismiss and, in so doing, his conviction and sentence. O’Leary v. State, supra.
Posted by Susan Brenner at 8:11 AM