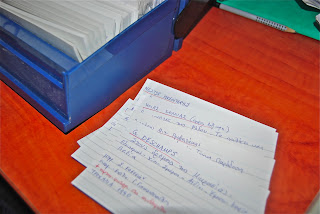 [Ramey] was an independent contractor providing services for SFT Medical Billing Company. In late December of 2011, [she] ceased affiliation with SFT, and cleaned out her desk. Among the items taken from the desk were note cards on a ring which [Ramey] used while at SFT.

[Ramey] had transferred information onto the note cards, including password and login names for various insurance companies for which SFT provided billing information. [She] claims to have purchased the cards with her own funds, and to have kept them in a locked drawer at her desk with other personal property.

Regina Owens, the owner of SFT Medical Billing, contacted [Ramey] asking her to return the note cards with the information. [Ramey] initially denied taking the cards, but later returned a few cards. [She] did not return all of the note cards.

Ramey made two arguments on appeal:  First, she claimed the prosecutor’s comment, at her trial, “on [her] prearrest silence amounted to prosecutorial misconduct.”  State v. Ramey, supra.  As Wikipedia explains, prosecutorial misconduct is a claim defendants can use to “argue that they should not be held criminally liable for actions which may have broken the law, because the prosecution acted in an `inappropriate’ or `unfair’ manner.”

These are the prosecutor’s comments Ramey objected to:

`. . . . Regina is going to tell you she was pressured. She didn't know what to do so she called the Sheriff's office. They came in and they started an investigation and the deputy called Carla . . . in front of Regina and the two of them sat there and listened to [Regina] give a couple of different stories and finally she said, I don't have them; no, I have them; I don't have them anymore and then she agreed to come into the Sheriff's office and she did.’

`And you're going to hear from several people that she turned in three cards to the Sheriff's office. There's going to be a couple of problems with that, folks, and that is, first of all by turning those in, she admitted she had something in her possession.’

`The second is that Regina is going to tell you that it doesn't even really look like these are the originals. She'll explain to you why, but there's reason to believe these are recreations.’

`They attempted to talk to her again, she declined any further interviews with them and so—‘

When Ramey’s attorney objected “to the remarks”, the trial judge gave the jury this “limiting instruction”:

`The Court: I just want to instruct you you're not to consider any reference to any evidence or suggestion that the Defendant chose or didn't make a statement to the police. All right. You may proceed.’

In reviewing allegations of prosecutorial misconduct, this Court must consider the complained of conduct in the context of the entire trial. Darden v. Wainwright, 477 U.S. 168 (1986).

After considering the nature of the prosecutor’s conduct, the court found

the same to be improper. However, in light of the limiting instruction and the strength of the evidence, we find the prosecutorial error was not prejudicial. The trial court immediately ordered the jury to disregard the statement, and the issue was not revisited.

Ramey’s second argument was that “the evidence was insufficient to support her conviction for theft.”  State v. Ramey, supra.  The Court of Appeals began its analysis of this argument by explaining that

[o]ur review of the constitutional sufficiency of evidence to support a criminal conviction is governed by Jacksonv. Virginia, 443 U.S. 307 (1979), which requires a court of appeals to determine whether `after viewing the evidence in the light most favorable to the prosecution, any rational trier of fact could have found the essential elements of the crime beyond a reasonable doubt.’  Jackson v. Virginia, supra.

The Court of Appeals noted that the criminal complaint filed against Ramey “states [she] took `20–30 index cards containing log-in, passwords, and security information to several private insurance companies’ without the permission of the owner, Regina Owens.”  State v. Ramey, supra.

On appeal (and maybe at trial?), Ramey argued that

the State failed to introduce evidence Regina Owens or SFT Medical Billings was the owner of the index cards. Rather, [Ramey] argues, she, as an independent contractor, purchased the note cards for her own personal purposes and they remained her own personal property.

‘”Property” means any property, real or personal, tangible or intangible, and any interest or license in that property. “Property” includes, but is not limited to, cable television service, other telecommunications service, telecommunications devices, information service, computers, data, computer software, financial instruments associated with computers, other documents associated with computers, or copies of the documents, whether in machine or human readable form, trade secrets, trademarks, copyrights, patents, and property protected by a trademark, copyright, or patent.’

“’Financial instruments associated with computers” include, but are not limited to, checks, drafts, warrants, money orders, notes of indebtedness, certificates of deposit, letters of credit, bills of credit or debit cards, financial transaction authorization mechanisms, marketable securities, or any computer system representations of any of them.’

The court then noted that

[Ramey] purchased the note cards for her own use. However, upon transferring the passwords and log-in information for SFT's billing clients onto the cards, the cards contained `data’ which was the property of SFT and Regina Owens.

the log-in, password and security information for the private insurance companies constitutes `data’ as defined in Ohio Revised Code § 2901.01(A)(10).

Upon transferring the information to the note cards, [Ramey] caused the note cards to become the property of SFT and Regina Owens. Accordingly, we find there is sufficient evidence to support [her] conviction for theft.