Passwords and the Right to Say No 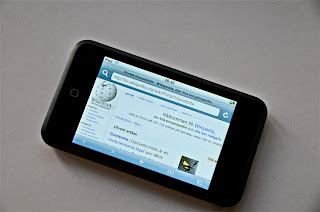 As Wikipedia explains, in all but four U.S. states, “anyone charged with committing a criminal act before his or her seventeenth or eighteenth birthday is initially processed as a juvenile defendant.”  Cesar’s case was heard in the Orange county courts, and this site outlines the juvenile court’s relationship to the Orange County Superior Court.

I am doing a post on this case because it raises two very interesting issues, one of which the court addresses and the other of which it does not.  I will begin by outlining how and why Cesar R. came to be charged with violating California Penal Code § 148.  After I do that, I will note the issue this court did not address (presumably because it was not raised by the defense attorney) and then review the issue the opinion does deal with.

Here is how the case began:

At 10:15 p.m. on December 1, 2011, Investigator Kurt Lawson of the Orange Police Department noticed [Cesar] sitting on the steps outside an apartment complex. Lawson had encountered [him] several times before and knew he was a probationer subject to search and seizure.

After parking his car, Lawson approached [Cesar] and asked him to come down to the sidewalk so he could search him. At the time, [Cesar] was listening to his iPod. He promptly came down the stairs and handed Lawson the device. Lawson searched [him], and finding nothing noteworthy, tried to access his iPod.

The iPod was protected by a password, so Lawson asked [Cesar] what it was. [He] said his lawyer told him he did not have to reveal his password. Lawson reminded [Cesar] he was on probation and subject to search and seizure, but [Cesar] didn't budge on the password.

He said that, although there was nothing incriminating on his iPod, he just didn't trust Lawson. Lawson then questioned [Cesar] about his address, date of birth, school and whether he had any scars or tattoos. When [he] refused to answer the questions, Lawson told him he was in violation of his probation and placed him under arrest.

As this site explains, probation is an alternative to a jail or prison sentence.  As it also explains, probationers agree to give up certain rights, such as the right to be free from ”searches of your residence, person, car and belongings.”

Cesar was arrested, as noted above, for violating California Penal Code § 148, “which makes it a crime to willfully resist a peace officer who is engaged in the lawful performance of his duties.”  In re Cesar R., supra.  At this trial, the prosecution

argued [Cesar] violated this section both by refusing to answer Lawson's basic questions about his address and by refusing to tell Lawson his iPod password. The juvenile court rejected the first factual basis for the violation, but it found [he] obstructed Lawson by failing to disclose his password.

In terms of constitutional law, what happened here can implicate either or both of two provisions of the U.S. Bill of Rights:  the 4th Amendment and the 5th Amendment.

Among other things, the 5th Amendment states that “[n]o person . . . shall be compelled in any criminal case to be a witness against himself”.  As I have explained in prior posts, a number of cases have considered whether someone can invoke this privilege and refuse to surrender the password to their laptop.

And as I have noted, some courts have held that it is possible to invoke the privilege in this context. Last year, in In re Grand Jury Subpoena Duces Tecum,670 F.3d 1335 (U.S. Court of Appeals for the 11th Circuit 2012), a federal Court of Appeals held that a person whom a grand jury had subpoenaed and ordered to produce the decrypted contents of laptops and external hard drives could invoke the 5th Amendment and refuse to do so.

As I have also noted in prior posts, the issue that generally arises when someone seeks to invoke the 5th Amendment when a court is seeking to compel him/her/it to produce a password is whether the act of producing the password is “testimonial.”  As I explained, that issue arises because the 5th Amendment prohibits someone from being forced to be a “witness” against themselves, and the Supreme Court has read that prohibition literally, as barring someone from being compelled to “testify” against themselves.

Before I take up the issue this court did address, I need to note one more thing:  The 5th Amendment is clearly implicated when a court subpoenas someone and orders them to provide their password (if providing the password qualifies as “testimony”) because the amendment was intended to prevent this particular scenario from happening.  As I explain to my students, when a court orders John Doe to do this, absent the protections of the 5th Amendment, he has three unattractive options:  lie (which constitutes perjury, which is a crime itself); remain silent (in which case he will be held in contempt and locked up until he answers, truthfully or not); and tell the truth (which is probably incriminate him in criminal activity).  The 5th Amendment was intended to provide a fourth alternative . . . an “out.”

The encounter between the officer and Cesar R. did not, though, involve a court or a subpoena.  The issue that COULD, but has not yet, come up here is whether an officer, who has taken a suspect into “custody”, would have to give the suspect Miranda warnings before asking for a password . . . and whether the suspect could invoke his/her right to remain silent and/or right to an attorney in response.

If you would like to read more about that issue, I suggest you check out this law review article and/or my rather brief response to it:

·       Adam M. Gershowitz, Password Protected? Can a Password Save Your Cell Phone from a Search Incident to Arrest?

(Basically, I am a little more optimistic than Professor Gershowitz about the possibility of using Miranda to provide at least some protection for passwords.)

That brings us to the issue the California Court of Appeals did address.  Cesar R. seems to have argued that what the officer did violated his 4th Amendment right to be free from “unreasonable” searches and seizures.

The Court of Appeals began its analysis of his argument by noting that Cesar claimed “Lawson did not have the right to ask him for his password, and therefore he did not obstruct him in the lawful performance of his duties when he refused to tell him what it was.”  In re Cesar R., supra (emphasis in the original).  The court’s first reaction to this argument was that at the

time of the encounter, [Cesar] was on probation subject to the condition that he `[s]ubmit [his] person, residence and property to search and seizure by any peace/probation officer/school official any time of day or night, with or without a warrant, probable cause, or reasonable suspicion.’

By agreeing to this condition, [he] waived his 4th Amendment rights, except the right to be free from harassment or searches that are conducted in an unreasonable manner. (People v. Bravo, 43 Cal.3d 600 (California Supreme Court 1987)).

The Court of Appeals also pointed out that Cesar

However, he contends Lawson did not have the right to ask him for his password. Even though he consented to a search of his property as condition of probation, [he] argues that request exceeded the scope of his consent because his password is a mental impression, not `property.’

It also noted that in making this argument, Cesar relied on cases that

They simply did not address the question presented here, which is whether the police may ask the owner of an electronic device for its password when the contents of the device are otherwise subject to a lawful search.

The Court of Appeals noted that Cesar was arguing that

a password is entitled to special protection because it is `among the most private of any personal information’ and can be used to access untold amounts of information about a person. However, `[a] password on a computer does not automatically convert a routine search into a non-routine search. U.S. v. McAuley, 563 F.Supp.2d 672 (U.S. District Court for the Western District of Texas 2008).

We see no reason the 4th Amendment should protect passwords any more than the data they guard.

[l]ike a key to a locked door, [Cesar’s] password was simply a means to the end of conducting a valid search. Because the password would not have granted Lawson access to any information he was not lawfully entitled to search, it doesn't matter whether he asked [Cesar] for the password or had [him] unlock the iPod himself.

In choosing the former option, Lawson did not violate [Cesar’s] rights, nor did he exceed his legal duties. Therefore, [Cesar’s] refusal to disclose his password to Lawson clearly amounted to unlawful obstruction of an officer.

The case raises an interesting issue, i.e., whether an officer’s asking someone (preferably someone who is not on probation) for their password is a 4th Amendment “search,” i.e., whether asking for the password, and expecting it to be provided, can violate a reasonable expectation of privacy under Katz v. U.S., 389 U.S. 347 (1967).

(And if you are interested, this Wikipedia entry notes that a number of countries have laws that, in varying degrees and under varying circumstances, require citizens to surrender encryption keys.)
Posted by Susan Brenner at 7:30 AM