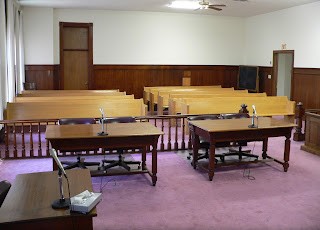 
Defendant, charged with criminal contempt in the second degree (Penal Law § 215.50(3)) moves to dismiss, arguing that the information is facially insufficient. The case raises a question of first impression: Does a defendant violate a full order of protection by making a request on Instagram to follow the complainant's Instagram page?

[a]ccording to the accusatory instrument, on May 18, 2015, a judge of this Court entered an order of protection in favor of the complainant, who was defendant's former girlfriend. That order prohibited the defendant from contacting the complainant by any means, including electronic means.On September 28, 2015, defendant made a request to follow the complainant's Instagram page, which triggered a notification to the complainant that the defendant had made the request. The notification contained defendant's Instagram screen name, which the complainant recognized. . . .The order of protection was entered in New York County Criminal Court on May 18, 2015, and bore an expiration date of November 17, 2015. As pertinent here, the order directed the defendant, to `[r]efrain from communication or any other contact by mail, telephone, e-mail, voice mail or other electronic or any other means with’ the complainant. A separate provision prohibited `third Party Contact.’ . . .Defendant was arraigned on November 22, 2015, on a misdemeanor complaint charging him with one count of criminal contempt in the second degree, in violation of Penal Law § 215.50(3). The Court set bail and adjourned the case for conversion. Defendant filed the instant motion to dismiss on February 11, 2016, and the People, given until March 21 to respond, declined to do so. The motion has been sub judice March 21.

People v. Lemons, supra.
You can, if you are interested, read more about the facts in this case in the news stories you can find here, here and here.
The opinion goes on to explain that the

People v. Lemons, supra.
The judge then began his analysis of the issues in the case, explaining, initially that the

[d]efendant is charged with criminal contempt in the second degree, in violation of Penal Law § 215.50(3). He is alleged to have contacted the complainant through Instagram, in violation of an order of protection that directed him to refrain from contacting her electronically or through third parties. Defendant argues that the allegation that he made a request of Instagram, which `triggered a notification by Instagram to’ the complainant, did not violate the order of protection because there was `no direct communication’ to her from the defendant. Berkowitz Aff. at ¶ 15. For the reasons that follow, the Court rejects this argument.

[a] misdemeanor information serves the same role in a misdemeanor prosecution that an indictment serves in a felony prosecution: It ensures that a legally sufficient case can be made against the defendant.  People v. Dumay, 23 NY3rd 518 (2014); People v. Alejandro, 70 NY2d 133, 138-139 (1987).  Accordingly, a misdemeanor information must set forth `nonhearsay allegations which, if true, establish every element of the offense charged and the defendant's commission thereof.’ People v. Kalin, 12 NY3d 225, 228-29 (2009) (citing People v. Henderson, 92 NY2d 677, 679 (1999) and [Criminal Procedure Law of New York] 100.40(1)(c))). This is known as `the prima facie case requirement.’ Kalin, 12N.Y.3d at 229.The prima facie case requirement does not necessitate that the information allege facts that would prove defendant's guilt beyond a reasonable doubt. People v. Jennings, 69 NY2d 103, 115 (1986). Rather, the information need only contain allegations of fact that `give an accused sufficient notice to prepare a defense and are adequately detailed to prevent a defendant from being tried twice for the same offense.’  People v. Casey, 95 NY2d 354, 360 (2000).  A court reviewing for facial insufficiency must subject the allegations in the information to a `fair and not overly restrictive or technical reading,’ People v. Casey, supra, assume that those allegations are true, and consider all reasonable inferences that may be drawn from them. [Criminal Procedure Law of New York]  §§ 100.40, 100.15; People v. Jackson, 18 NY3d 738 (2012). See also Casey, 95 NY2d at 360. Under this standard, the information here is facially sufficient.

[w]hen it comes to motions to dismiss that address the scope of an order of protection, the Court of Appeals has indicated that the preferred course in most such cases is to permit the defendant to assert the claim as a trial defense, rather than dismissing the case. People v. Konieczny, 2 NY3d 569, 577 (2004). In addition, as this Court has noted, public policy strongly counsels in favor of deterring defendants from violating orders of protection as a means of testing their validity, a policy that is best served by refraining from dismissing criminal contempt charges at the motion stage absent a truly compelling reason to do so. People v. Ellis, 45 Misc 3d 716 (Crim. Ct. NY County 2014).

People v. Lemons, supra.
Next, the judge explained that

Instagram, generally speaking, is a social networking application that enables its users to post, share and comment on photos and videos. It also has a messaging feature that allows users to send messages to other users, either privately or to all of their followers.

It is accordingly clear that Instagram can be used as a means of direct communication between its users. Indeed, in People v. Richards, 50 Misc 3d 1250(A) (Rockland County Court 2016), the defendant and the complainant met in person and exchanged Instagram information; this was `the manner in which [they] kept in contact’ for the next seven months. Similarly, in People v. Marian, 49 Misc 3d 52 (Crim Ct. NY County 2015), a stalking case, part of the stalking behavior was that the defendant `bombarded the complainant with text messages, Instagram messages and emails.’

People v. Lemons, supra.
The judge then began the process of announcing his holding – i.e., his resolution of – the issues in the case.  He explained that

People v. Lemons, supra.
The opinion then goes on to explain that the