Littering, the Borrowed Laptop and Due Process 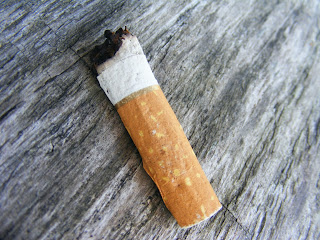 This post examines an opinion from the Superior Court of Pennsylvania:  Commonwealth v. MacArthur, 2016 WL 1250214 (2016).  As courts usually do, this one began the opinion by explaining what the case involved and what had happened at the trial court level, e.g., in the “Court of Common Pleas of Allegheny County, Criminal Division”. Commonwealth v. MacArthur, supra.
The court explains that
John M. MacArthur, appeals pro se from the judgment of sentence of a $300.00 fine, imposed following his conviction for the summary offense of scattering rubbish, 18 Pennsylvania Consolidated Statutes § 6501(a)(1) (hereinafter, “littering”). The issues in this appeal evolved out of the citing officer's failure to list his own badge number on the littering citation, and that officer's subsequent effort(s) to amend the citation to correct that error. Appellant claims, inter alia, that the amending of the citation violated his due process rights.
Commonwealth v. MacArthur, supra.
The opinion goes on to explain that MacArthur (“Appellant”)
was initially convicted of littering before a magistrate, and then again at a de novo hearing held before the summary appeals court. The summary appeals court summarized the pertinent facts giving rise to the instant appeal as follows:

`At the de novo hearing, Officer Matthew Lucas, a Sergeant with the Bellevue Borough Police Department, testified that on August 16, 2014, the Chief of the Bellevue Borough Police Department assigned him to a plain-clothes detail on Lincoln Avenue for the purpose of enforcing the anti-littering statute. Officer Lucas testified that he observed [Appellant] as he walked past him in the early afternoon on August 16, 2015. As [Appellant] walked toward a pharmacy entrance, he turned and threw his cigarette onto the street.’

Officer Lucas explained the error on the original Citation:

`When I called Officer Dunker down to my location I actually used his laptop because I was on plain-clothes detail and I didn't have access to one. So when I called the detail officer down, Officer Dunker arrived. I used his log-in, just to try to respect [Appellant]'s time and not tie him up for any longer than I needed to. And when I printed the citation, it defaulted to Officer Dunker's badge number. That's how that clerical error occurred.’

Officer Lucas also testified that he amended the Citation at the hearing before the Magisterial District Court prior to testimony but while [Appellant] was present.
Summary Appeals Court Opinion (SACO), 4/27/15, at 1–3 (citations to the record omitted).
Commonwealth v. MacArthur, supra.
The Superior Court went on to explain that
[a]s noted above, Appellant was cited on August 16, 2014, and appeared before a magistrate. The magistrate found Appellant guilty of littering. Appellant filed a timely summary appeal, which was heard at a de novo hearing before the Honorable Robert A. Gallo of the Summary Appeals Division of the Court of Common Pleas of Allegheny County. Following the hearing, Judge Gallo found Appellant guilty and imposed a $300.00 fine.

Appellant filed a timely notice of appeal. He also filed a timely, court-ordered ordered [Pennsylvania Rules of Appellate Procedure] 1925(b) statement. Judge Gallo issued a Rule 1925(a) opinion on April 27, 2015. Appellant is pro se.
Commonwealth v. MacArthur, supra.
The Superior Court then explained that in the appellate brief MacArthur filed in this case, he presented these “questions for our review”:
[1.] Is [A]ppellant entitled to reversal of the Summary Appeal Trial Court's verdict or a new trial because the erroneous conclusion the Summary Appeal Trial Court made of the citation['s] having been amended on August 19, 2014 violated both [A]ppellant's Procedural Due Process rights under the 5th and 14th Amendments to the United States Constitution, and codified at Commonwealth of Pennsylvania Constitution Article I, Sections § 1, § 9 and §10, and because the prosecution is unable to show that the error in concluding that the citation was amended on August 19, 2014 was harmless beyond a reasonable doubt?

[3.] Is the sufficiency of the evidence supportive of the Summary Appeal Court's finding that the Commonwealth established by clear and convincing evidence that [A]ppellant should be found guilty of violating [18 Pennsylvania Consolidated Statutes § 6501(a)(1) ]?
Appellant's Brief at 2 (citations omitted).
Commonwealth v. MacArthur, supra.
The Superior Court then began its analysis of MacArthur’s arguments on appeal, explaining, initially, that his
first two claims concern the matter of Officer Lucas' amendment of the citation to reflect his own badge number. Essentially, Appellant contends the citation amendment was conducted ex parte before the magistrate, thereby violating his state and federal due process rights. Despite obvious and numerous defects in Appellant's brief, we will address this matter.

The summary appeals court concluded that Appellant failed to substantiate that ex parte communications occurred. SACO, at 3 (`[Appellant] fails to set forth any factual basis for such an averment. He also fails to show the substance of such communications, how or where they took place[,] or the parties involved.’). In any event, the court also concluded that Appellant failed to demonstrate that he was prejudiced by the substance or manner of Officer Lucas' amendment.

We find it unnecessary to address the merits of whether a due process violation occurred because, even assuming the amendment to the littering citation violated some principle of due process, we agree with the summary appeals court that Appellant has failed to demonstrate that he was prejudiced by it.
Commonwealth v. MacArthur, supra.
The court went on to explain that
[o]ur rules of criminal procedure provide that:

`A defendant shall not be discharged nor shall a case be dismissed because of a defect in the form or content of a complaint, citation, summons, or warrant, or a defect in the procedures of these rules, unless the defendant raises the defect before the conclusion of the trial in a summary case or before the conclusion of the preliminary hearing in a court case, and the defect is prejudicial to the rights of the defendant.’

Pennsylvania Rules of Criminal Procedure Rule 109 (emphasis added).
Commonwealth v. MacArthur, supra.
The Superior Court then took up the issue of whether MacArthur was “prejudiced” by what had happened:
At the summary appeal hearing, Appellant did not contest whether Officer Lucas issued the citation to him on August 16, 2014:

The only argument we can ascertain from Appellant's brief that touches upon his burden of demonstrating prejudice is Appellant's bald assertion that the ex parte amendment of the citation at the magistrate's office evidenced `a conspiracy to find him guilty’ of littering. Appellant's Brief at 7. This argument is absurd on its face, and not founded on any facts of record. Appellant neither explains why he would be targeted in such a conspiracy, nor what purpose or whose interests such a conspiracy would serve.
Commonwealth v. MacArthur, supra.
The court also noted that
[i]n any event, Officer Lucas sought to amend the citation in open court before Judge Gallo during the summary appeals proceeding. . . . Thus, whatever ex parte communication or related due process error that arose before the magistrate was not repeated and was, therefore, corrected at the summary appeals court, given that the summary appeals proceeding constituted a de novo trial. A de novo trial is not merely an appeal from a conviction before a magistrate; `”[d ]e novo” review entails, as the term suggests, full consideration of the case anew. The reviewing body is in effect substituted for the prior decision maker and re[-]decides the case.’ Rebert v. Rebert, 757 A.2d 981, 984 (Pa.Super.2000). Thus, we conclude that Appellant is not entitled to relief with respect to his first two claims.
Commonwealth v. MacArthur, supra.
The Superior Court then took up MacArthur’s third, and final, issue on appeal which concerned “the sufficiency of the evidence.”  Commonwealth v. MacArthur, supra. The court began its analysis of the issue by explaining that
[o]ur standard of review of sufficiency claims is well-settled:

Commonwealth v. Widmer, 744 A.2d 745, 751 (Pennsylvania Supreme Court 2000) (internal citations omitted).
Commonwealth v. MacArthur, supra.
Finally, the court  took up MacArthur’s sufficiency of the evidence argument on appeal, noting that
[a]lthough Appellant lists a sufficiency claim in his statement of the questions presented, see Appellant's Brief at 2, we could only find two short references to this claim in the remainder of his brief. Specifically, in the section titled, `Summary of the Argument,’ Appellant baldly states: `There is not sufficient evidence in the record to find [A]ppellant guilty and the verdict should be set aside due to insufficient evidence to support that finding.’ Id. at 13.

Subsequently, in the `Conclusion’ section of his brief, Appellant baldly states: `The trial court's order finding [Appellant] guilty of violating [18 Pennsylvania Consolidated Statutes § 6501(a)(1) ] should be set aside due to insufficient evidence to support that finding under the clear and convincing standard. Id. at 14.

Appellant's bald assertions, the complete absence of any accompanying argument, the lack of any citations to legal authorities (other than the statute at issue) and any discussion thereof, and the lack of any references to the record supporting this claim, collectively lead to our conclusion that Appellant has waived this claim for our review. See Commonwealth v. Hardy, 918 A.2d 766, 771 (Superior Court of Pennsylvania 2007) (`This Court will not act as counsel and will not develop arguments on behalf of an appellant. . . . Moreover, when defects in a brief impede our ability to conduct meaningful appellate review, we may dismiss the appeal entirely or find certain issues to be waived.’) (citation omitted)

Thus, in summary, we agree with the summary appeals court that Appellant has failed to demonstrate that he was prejudiced by the amendment to the littering citation that ostensibly occurred before the magistrate. We also conclude that Appellant has waived any sufficiency claim.
Commonwealth v. MacArthur, supra.