Electromagnetic Sensitivity, W-Fi and the Lawsuit 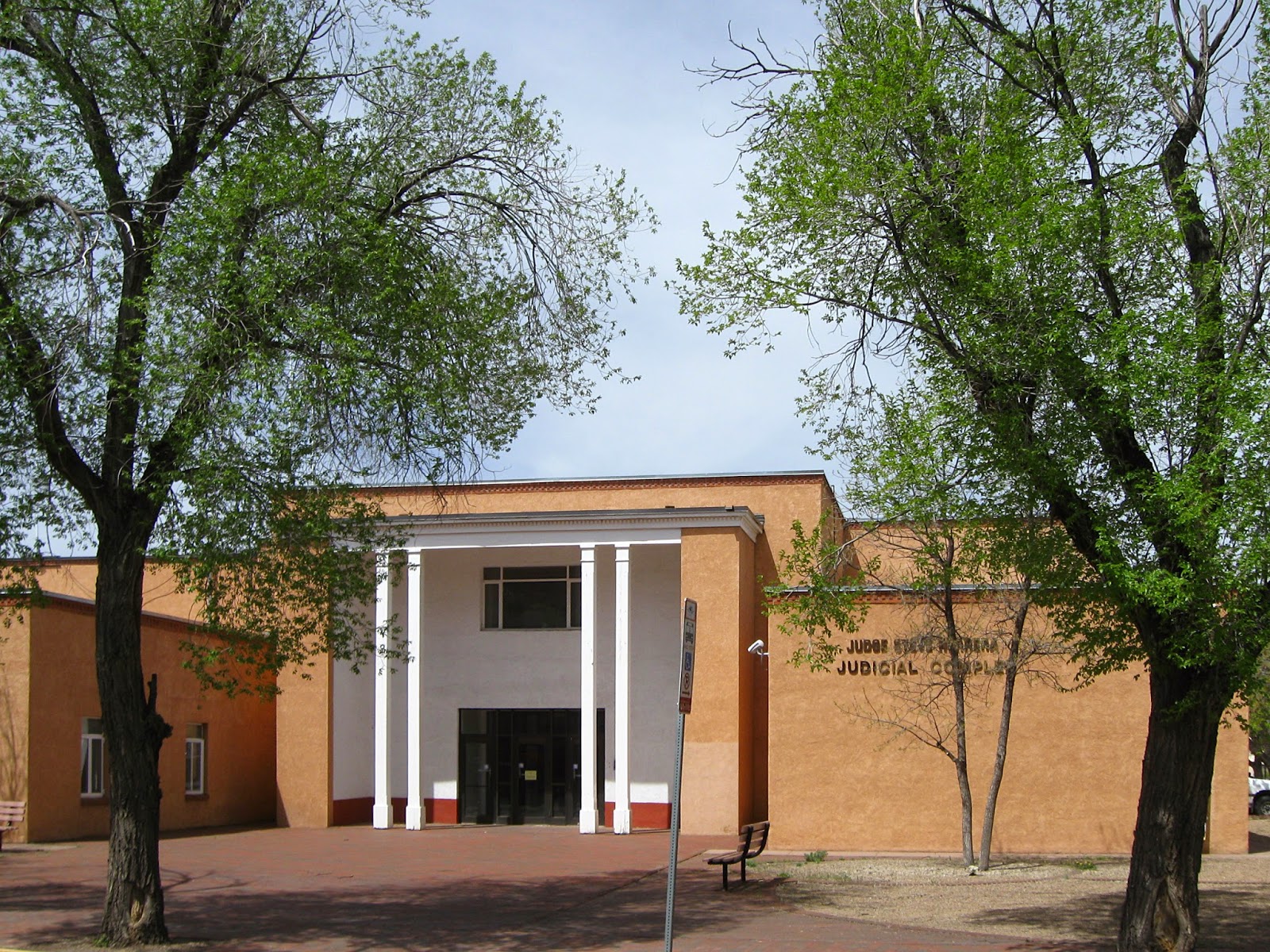 Firstenberg's claim of nuisance was based . . . on his allegations that Monribot's use of electronic devices interfered with his normal residential activities and his private use and enjoyment of his home and his land; Monribot's actions were intentional and unreasonable; she knew or should have known that `bombarding [his] home with electromagnetic radiation interfered with [his] use and enjoyment of his land’; and that her actions caused Firstenberg `years of inconvenience and acute and chronic pain and suffering.’ Firstenberg's complaint sought damages totaling 1.43 million dollars and injunctive relief prohibiting Monribot from operating equipment that emits electromagnetic radiation.
Firstenberg v. Monribot, supra.
As Wikipedia notes, in a tort case, causation is an essential element of the plaintiff’s claim:
Proximate cause means that you must be able to show that the harm was caused by the tort you are suing for. . . . A common situation where a prior cause becomes an issue is the personal injury car accident, where the person re-injures an old injury. For example someone who has a bad back is injured in the back in a car accident. Years later he is still in pain. He must prove the pain is caused by the car accident, and not the natural progression of the previous problem with the back.
Leith and Monribot responded to Firstenberg’s suit by filing a motion for summary judgment in their favor. Firstenberg v. Monribot, supra.  As Wikipedia explains, in

American legal practice summary judgment can be awarded by the court before trial, effectively holding that no trial will be necessary. Issuance of summary judgment can be based only upon the court's finding that: there are no disputes of `material’ fact requiring a trial to resolve, and in applying the law to the undisputed facts, one party is clearly entitled to judgment

That brings us back to the summary judgment entered in this case:

Owing to the nature of Firstenberg's claims in this case, both Defendants and Firstenberg obtained experts on the issue of the cause of [his] symptoms. Firstenberg sought to prove that his EMS symptoms were caused by Monribot's use of electronic devices by relying on the expert testimony of Dr. Erica Elliott, M.D., Firstenberg's treating physician, and Dr. Raymond Singer, Ph.D, a neurotoxicologist. Defendants sought to prove, through the testimony of psychologist, Dr. Herman Staudenmayer, Ph.D, that Mr. Firstenberg's EMS symptoms were psychological, caused by an undifferentiated somatoform disorder.

Each party filed motions seeking to exclude the other's expert on the ground that the proffered expert testimony was inadmissible pursuant to the standards by which the admissibility of scientific expert testimony is measured. Defendants filed an amended version of their motion to exclude the testimony of Drs. Elliott and Singer, and relying on their memorandum in support thereof, [they] simultaneously filed a motion for summary judgment on the ground that, because Firstenberg's proffered experts as to causation were not qualified to provide expert scientific testimony, Firstenberg could not prove causation.
Firstenberg v. Monribot, supra.
As noted above, the County District Court Judge who had the case granted summary judgment for Monribot and Leith based on
Firstenberg's failure to demonstrate that admissible scientific evidence supported his theory of general causation, that is, that exposure to electromagnetic fields causes, or is capable of causing, the injuries that Firstenberg complains of, namely, adverse health affects from EMS.
Firstenberg v. Monribot, supra.  The issue on appeal was whether the District Court Judge erred in granting summary judgment, i.e., whether she improperly found that Firstenberg could not prove causation.  Firstenberg v. Monribot, supra.
The Court of Appeals noted that the District Court judge held an
evidentiary hearing on the issues raised in Firstenberg's and Defendants' respective motions to exclude expert witnesses and on Defendants' amended motion for summary judgment. All three proposed experts, Drs. Staudenmayer, Elliott, and Singer, testified at the evidentiary hearing. Following the hearing, the parties filed written arguments.
Firstenberg v. Monribot, supra.  After the hearing,
[h]aving heard the testimony and considered the parties' written arguments, the district court concluded that the testimony of Drs. Elliott and Singer on the issue of general causation was inadmissible under the standard set forth in State v. Alberico, 116 N.M. 156, 861 P.2d 192 (New Mexico Supreme Court 1993), for evaluating the admissibility of scientific expert testimony. See State v. Alberico, supra (relying on Daubert v. Merrell Dow Pharm., Inc., 509 U.S. 579 (1993), to enumerate some of the factors that courts should consider in assessing the admissibility of expert scientific testimony under [New Mexico Rule of Evidence 11–702).

Firstenberg's failure to demonstrate that admissible scientific evidence supported his theory of general causation led the court to grant summary judgment in Defendants' favor on the ground that, in the absence of admissible evidence of general causation, Firstenberg could not prevail in his claims of nuisance and prima facie tort. . . .
Firstenberg v. Monribot, supra.
In his appeal, Firstenberg argued that the District Court Judge erred in granting summary judgment for the defendants.  Firstenberg v. Monribot, supra.  The Court of Appeals began its analysis of his argument by noting that it reviews a court’s
decision to admit or exclude scientific expert testimony under Rule 11–702 for an abuse of discretion. See State v. Alberico, supra. The abuse of discretion standard allows the reviewing court to reverse a district court's discretionary decision when the decision was `obviously erroneous, arbitrary, or unwarranted’ or where it was clearly against the logic and effect of the facts and circumstances before the court. See State v. Alberico, supra.  The party seeking to admit expert testimony bears the burden of showing that the expert is qualified, that the expert's testimony will assist the trier of fact, and that the expert will `testify only as to scientific, technical[,] or other specialized knowledge with a reliable basis.’ Rule 11–702; State v. Anderson, 118 N.M. 284, 881 P.2d 29 (New Mexico Supreme Court 1994); Parkhill v. Alderman–Cave Milling & Grain Co. of N.M., 149 N.M. 140, 245 P.3d 585 (New Mexico Supreme Court).
Firstenberg v. Monribot, supra.
The Court of Appeals went on to explain that a District Court Judge should consider these factors in deciding “whether scientific evidence has a reliable basis”:
(1) whether a theory or technique can be (and has been) tested; (2) whether the theory or technique has been subjected to peer review and publication; (3) the known potential rate of error in using a particular scientific technique and the existence and maintenance of standards controlling the technique's operation; . . . (4) whether the theory or technique has been generally accepted in the particular scientific field[;] . . . [ (5) ] whether the scientific technique is based upon well-recognized scientific principle[;] and [ (6) ] whether it is capable of supporting opinions based upon reasonable probability rather than conjecture.
State v. Anderson, supra.
The court then applied these standards to this case, noting that it was Firstenberg’s
burden in the district court, to show that his experts, including his treating physician, Dr. Elliott, were qualified to present scientific expert testimony as to the cause of his EMS symptoms. See Parkhill v. Alderman–Cave Milling & Grain Co. of N.M., supra (a treating physician must be qualified pursuant to the [above] factors in order to present scientific expert testimony as to the external causation of the patient's symptoms. . . .

The district court, having reviewed the parties' briefs, authorities, exhibits, reports, expert affidavits, and testimony, concluded that Firstenberg did not meet that burden. Having reviewed the testimony of Drs. Elliott and Singer, we conclude that the record fully supports the district court's conclusion that they were not qualified to present expert scientific testimony on the issue of general causation. Firstenberg's vague and generalized arguments to the contrary provide no basis for reversal. . . .
State v. Anderson, supra.
The Court of Appeals also explained that Firstenberg’s
repeated references to the ninety-three studies upon which his experts relied in forming their conclusions and his argument that the district court erred by failing to familiarize itself with those studies demonstrate a misunderstanding of the law. The studies and articles, standing alone, do not constitute admissible evidence; rather, they constitute inadmissible hearsay. See  [New Mexico Rule of Evidence 801(A), (C)(2); [New Mexico Rule of Evidence] 802 (providing that a written statement that is offered in evidence to prove the truth of the matter asserted in the statement constitutes inadmissible hearsay). Therefore, the district court was under no obligation to independently evaluate the articles and studies upon which Mr. Firstenberg's experts relied in reaching their conclusions. . . .
State v. Anderson, supra.
Finally, the Court of Appeals explained that “to the extent” Firstenberg
wished to rely upon the contents of the articles and studies to demonstrate general causation, it was incumbent upon him to establish, via his experts, that the articles constituted reliable scientific authority. See Baerwald v. Flores, 122 N.M. 679, 930 P.2d 816 (New Mexico Supreme Court 1997) (recognizing that an `expert may rely on an article because it is the expert who determines, based on study and experience, whether the article is reliable’). . . .

Had Firstenberg established that his experts relied on the articles and studies in forming their opinions and that these items were reliable scientific authority, the content of the articles and studies may have been admissible pursuant to a hearsay exception.  See New Mexico Rule of Evidence 11-803(18)(b) (governing the hearsay exception related to statements in learned treatises, periodicals, or pamphlets).

Having failed to demonstrate through his experts that the studies and articles upon which they relied were admissible as reliable scientific authority showing causation,  Firstenberg cannot argue that the district court erred by failing to consider them.
State v. Anderson, supra.
The Court of Appeals therefore held that, “[h]aving concluded that Firstenberg's arguments regarding the court's expert witness rulings provide no basis for reversal, we further conclude that the court properly granted summary judgment in favor of Defendants as to Firstenberg's nuisance and prima facie tort claims.” State v. Anderson, supra.  For these and other reasons, it “affirm[ed] the district court's summary judgment in favor of Defendants as to Mr. Firstenberg's claims of prima facie tort and nuisance.”  State v. Anderson, supra.
If you are interested in reading more about this opinion, and this case, check out the news storied you can find here, here and here.